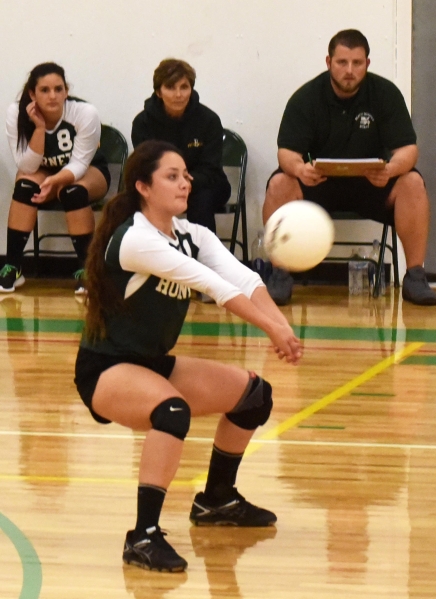 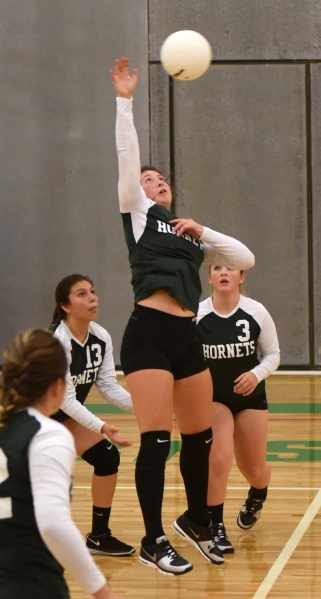 Beatty volleyball has gone through a slump but according to Hornets coach Steve Sullivan, they are on their way back to their winning ways.

“For the past few games we have been in a mental slump,” the coach said. “Our decision making has been poor and our reaction time has been very slow. Though we lost to Alamo (25-16, 25-14, 26-24), I believe we are slowly getting out of that slump.”

Sullivan likes his defense and the scrappiness of the team as the season progresses. He says it’s his defense that has got the team to where they are.

“Defensively, that slightly showed against Alamo but offensively we still were not effective like we have been,” he said. “We had 34 offensive errors, 15 of which were service errors. What made it even worse was that many of our service errors were at critical moments. Alamo’s final point in the third set was a net violation during a block.”

Playing a team like Alamo brings with it a lot of pressure. Alamo teams don’t make many errors and they simply don’t give away a lot of points. The Hornets will have to work on that aspect of their game.

“The girls were working hard but I think our errors demonstrated we struggled to perform under moments of pressure,” the coach said. “What I liked from that third set and what needs to continue is Claudia Granados’ hitting. She was benched part of the game because I felt as a captain she was not leading by example and was making many mistakes. So we had a talk before the final set and she stepped up and ended up with 7 kills for the night.”

Sullivan said he is still waiting for Vanessa Gamboa to come alive.

“She still has not found that aggressiveness and confidence that an outside hitter should have,” Sullivan said. “Overall, we are still building to be better and consistent no matter how many wins or losses. I have absolutely no doubt … we’ll be back at state.”