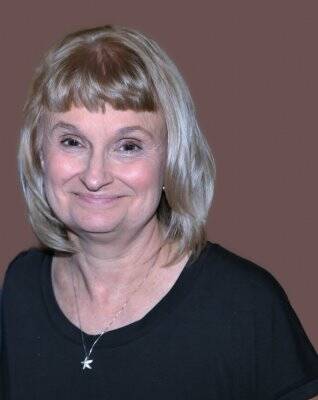 Randy Gulley/Special to Pahrump Valley Times The Pahrump Valley Tournament Bowling Club held their November tournament on Saturday, Nov. 12 at the Pahrump Nugget. Eighty-one bowlers participated in the event. Wayne Bellina won the A division and Cindy Sim (pictured) won the B division.

The event was a certified snakebite, 10-pin no-tap tournament, featuring 81 bowlers split into two divisions. There were 41 bowlers in the A division and 40 bowlers in the B division.

The top 10 bowlers in the A division and the top nine bowlers in the B division received a portion of the prize pool based on their finishing positions in the tournament.

Wayne Bellina took the top spot in the A division.

Correa finished just one pin behind Bellina with 829 total points. Correa bowled games of 213, 162 and 298 to go along with the handicap score of 156 points.

Correa’s third game score of 298 was the highest single-game score in the tournament. The next closest score was Bellina and Shaun Upton, who each had a 278-point game during the tournament.

In third place of the A division was Gordon Sawyer.

This was Sawyer’s first top-3 finish during the 2022 season.

Cindy Sim went home with the top honors in the B division.

This was Sim’s first division win of the season.

In second place of the B division in the certified snakebite event was Kathy Wheeler.

Wheeler just missed her shot at first place for the division, ending the day with 781 points, just four points behind Sim.

This was Wheeler’s first top-3 finish of the PVTBC season.

The third place finisher in the B division was Sis Fronk.

Fronk’s third game score of 236 was the highest single-game score in the B division.

Following the tournament, two side pots were split among the bowlers who finished in qualifying positions.

In the handicap side pot, Wayne Bellina took first place with his score of 830 points. Janstin Correa finished in second place with a score of 829, while Gordon Sawyer came in third place with a total score of 806 points.

The PVTBC will have one more tournament this season before taking a break for the holidays.

Their final event will take place on Saturday, Dec. 17 at 1 p.m. The tournament will be a certified no-tap singles event with a handicap and a scratch side pot. Debbie Varner and Dee Runau will be the directors.

Following the tournament, the PVTBC will be holding their Christmas Party at Moose Lodge #808 beginning at 6 p.m.