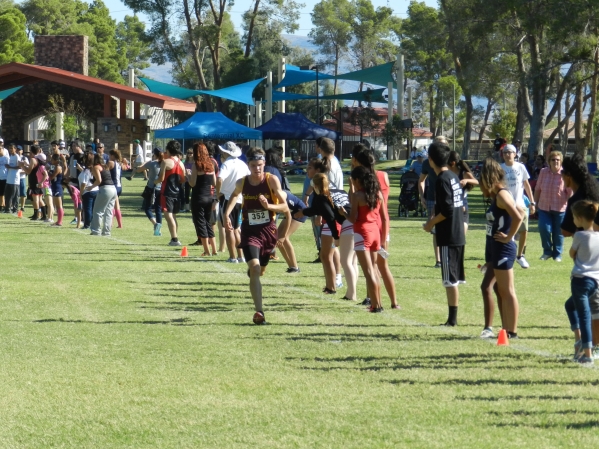 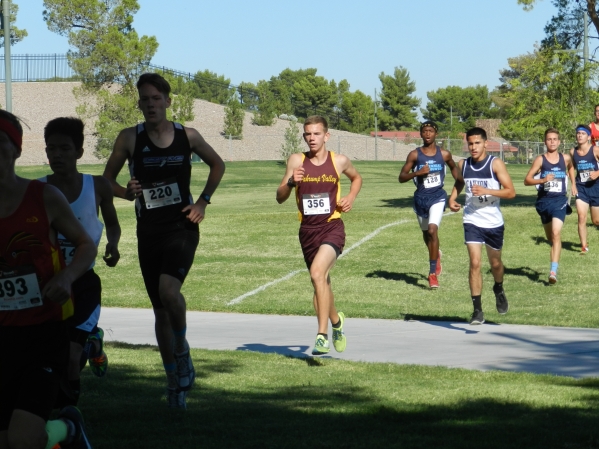 Bryce Odegard took control at the UNLV Invitational on Saturday with his third-place showing in 16 minutes, 56 seconds.

According to Trojans cross-country coach Matt Kolodzieczyk, Odegard’s time was good enough to carry the team ahead of SECTA, which has been a goal of the Trojans all season long.

The cross-country team is slowly edging closer to a showdown with SECTA, a team that the boys will have to beat at the regional meet on Oct. 30, if they want to go to state as a team.

Kolodzieczyk has been happy with his team’s results in the last few outings. Last week after the Falcon Invitational he said, “To make it to state, we need to beat SECTA at the regional meet.”

This week his team did just that.

“It was a good feeling to beat them,” he said. “This was the first time we beat SECTA in open competition. I think they will be thinking of us now before the regional meet. We will run at Boulder City and I think that course favors our runners because we do so well on it.”

The key for the Trojans all year long has been whether or not the team could get more runners under the 20-minute mark. They have been working hard all season to improve at least four runners under 20 minutes in addition to Odegard on a 5,000-meter course and have done this for the last couple of meets. Pahrump just had to prove to themselves they could do it against SECTA and they did.

The coach said it was the combination of Odegard finishing third and the other boys beating SECTA runners that allowed his team to edge SECTA in points.

The Trojans will be at the Lake Mead Invitational on Saturday morning at 7:30 a.m. and will get a chance to go head-to-head with SECTA again on the same course they will be running at the regional meet. There will be 60 other teams at this competition.

Odegard was running timid at the UNLV meet according to Jason Odegard, his father. Bryce Odegard had sustained a minor injury prior to the invitational, but all is well and he should be all-in for this week.

At the UNLV Invitational, Chase Woods of Faith Lutheran was first (16.06) and Dominic Roberts (16.36) for Centennial was second.