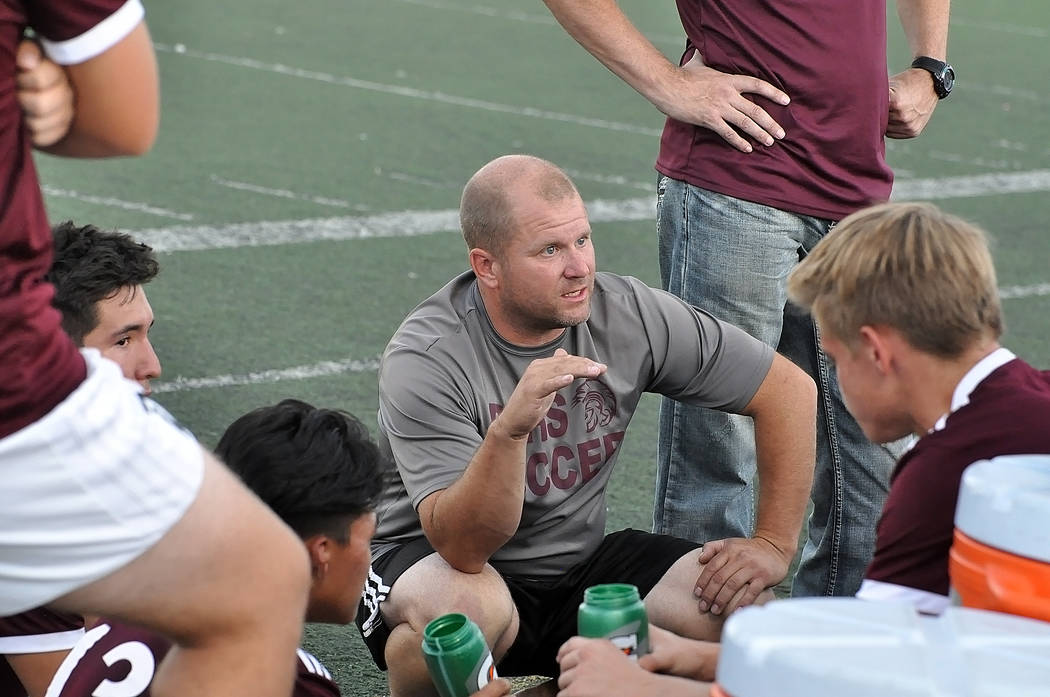 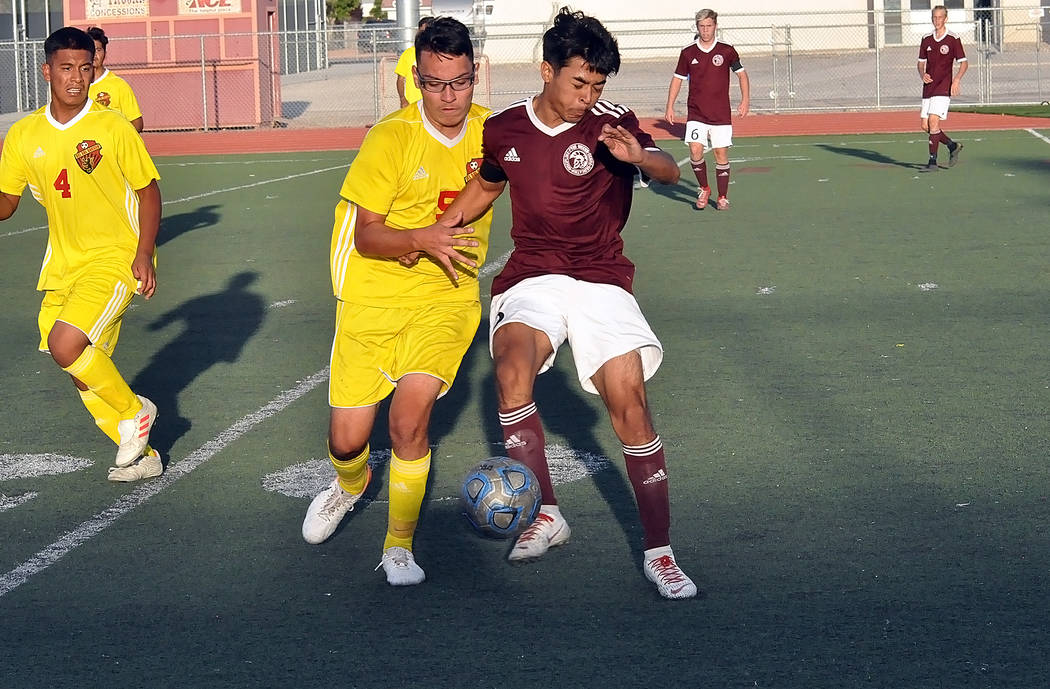 The fourth and final playoff spot from the Sunset League was on the line when the Trojans welcomed Del Sol to Pahrump, and Jose Chavez scored twice and Ian Kingsley saved a penalty kick to lead Pahrump Valley to a 2-1 win, sending the Trojans to the postseason for the first time in a decade.

It appears the Dragons remembered that, too.

Del Sol had the better of play during the first half and scored an insurance goal which proved decisive Wednesday night, as the visiting Dragons held on for a 2-1 Sunset League win over the Trojans.

“Obviously, they wanted a little bit of revenge,” Pahrump Valley coach Chris Roberts said. “If I was their coach, I would do it, too, if they knocked me out the previous season.”

The Trojans had their chances, and over the final quarter of the game applied pressure to the Dragons.They finally broke through with roughly 10 minutes to go when Christopher Vega sent a free kick in front of the goal and Abraham Alvarez put it into the net.

There was a lot of traffic in front of the Del Sol keeper, and it wasn’t easy to see exactly how the goal was scored.

“They went up for the ball, and everybody kind of missed it,” Roberts said. “It bounced over the keeper and just kept going. Sometimes you need a little luck.”

But if luck was on the Trojans’ side on that play, a bit of bad luck hampered their comeback attempt. Sophomore Christian Mott, Pahrump Valley’s leading scorer, went down hard when the Dragons keeper came out and made a hard tackle on a breakaway. Mott stayed on the turf for a while, but eventually he left the field without assistance.

“Unfortunately, our main scorer had a little bit of an injury, and he didn’t get to finish the game,” Roberts said of Mott, who has 14 goals and 9 assists. “That hurt us, too.

“They hit each other. He got a bit of gash on his head, and I think he jammed his finger. So we have to through protocols and do what they tell us to do. Hopefully, he’s good to go.”

Another bit of good news is that the schedule is light for the next week. The Trojans are off until Wednesday, when they face Somerset Academy-Losee, a team they pounded 16-0 earlier this season, then face Equipo Academy on Friday.

A few days without a game in the middle of the season is often a good thing, but Roberts said that is especially true for the Trojans.

“We’re a little plagued with injuries, and that’s due to a very thin roster,” he said. “We have 14, 15 sometimes because I’m using some JV. Our JV is very low, too, so I’m trying to rest them as much as possible.”

The Dragons slipped past the Trojans in the Sunset League standings with the win. Western is 6-0 in the league, with Equipo right behind at 5-1-1. Del Sol (4-2-1) is in third, with Pahrump Valley and Valley tied for fourth at 4-3.

All of which made Wednesday’s game a big one, but the teams are just approaching the midway point of the league schedule, so there is plenty of soccer to be played.