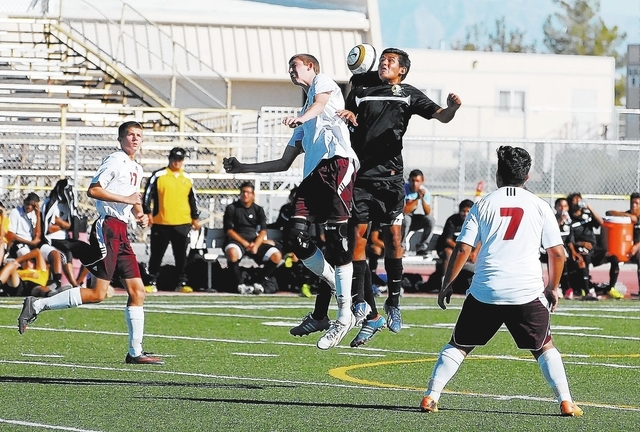 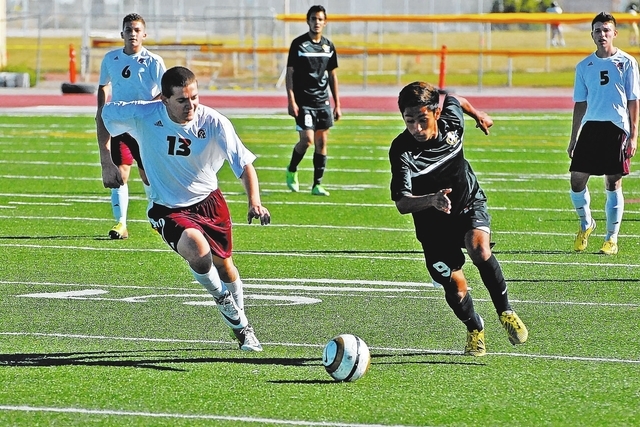 The boys soccer team has dropped their last two games losing to Mojave 7-2 last week and suffering a loss to Clark 5-0 in Tuesday’s game. According to Coach Don Boulden the team has just been outplayed the last two games.

He felt the biggest problem was getting to the ball before the other team.

“I am being simple, but when the other team beats you consistently to the ball, you lose,” Boulden said.

At Mojave the coach said the team just had transition issues. They were just not fast enough going from offense to defense. He also said Mojave controlled the midfield.

“If a team controls the midfield they generally win,” he said.

At the Clark game, Clark scored quickly after the first 10 minutes. The coach realized he had to do something before the other team scored against the Trojans like Mojave did.

“I started changing the system to compensate for our weakness,” he said. “I felt they were doing the same thing to our system that Mojave was doing. You always take a risk when you do that. Players get used to a system. We are supposed to have composure and for the most part we do, but it did ruffle some feathers because it was so quick in the game. A change usually happens at halftime. We had to do something. I was trying to avoid a 5-0 loss.”

The offensive system played initially against Mojave and Clark were changed to a defensive system against Clark. He said Clark also effectively read the offside traps. He felt the team called the traps too often and thus they were ineffective. The traps are designed to catch the offensive team offsides.

With the loss, the team falls to 4-3 overall and 3-2 in league. The team faced Western on Thursday and Western was 4-0 going into the game with Pahrump. Western and Clark are fighting for first place. Pahrump is in fourth place.

The coach said in response to Hastings’ comment, “Clark probably had the fastest forwards we had seen.”

In the end, the coach said his team has a lot of work to do and he said he will be working on the defense. He hopes to stop Western.

“I am proud of our team for keeping its composure on the field. There were no fights on the field. We still played soccer. We do have work to do and we are not done yet. We demonstrated good character on the field and that’s a huge step forward,” Boulden said.

Western was on Thursday and was too late to report.