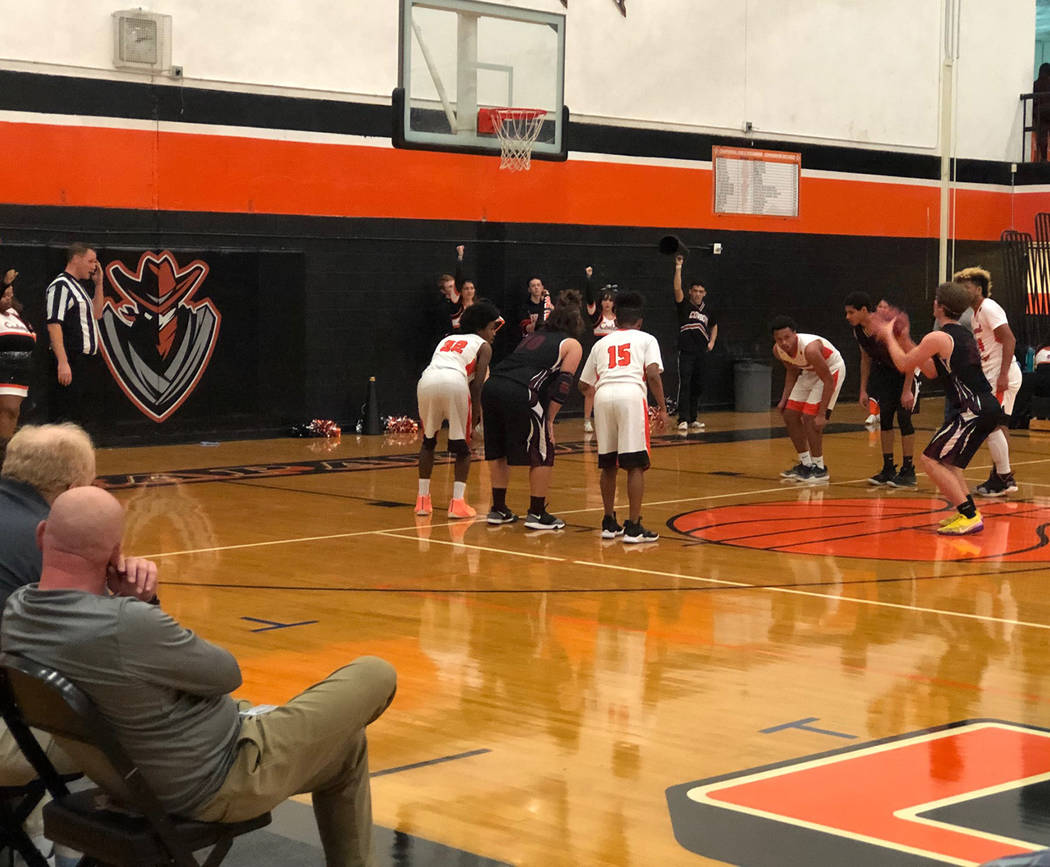 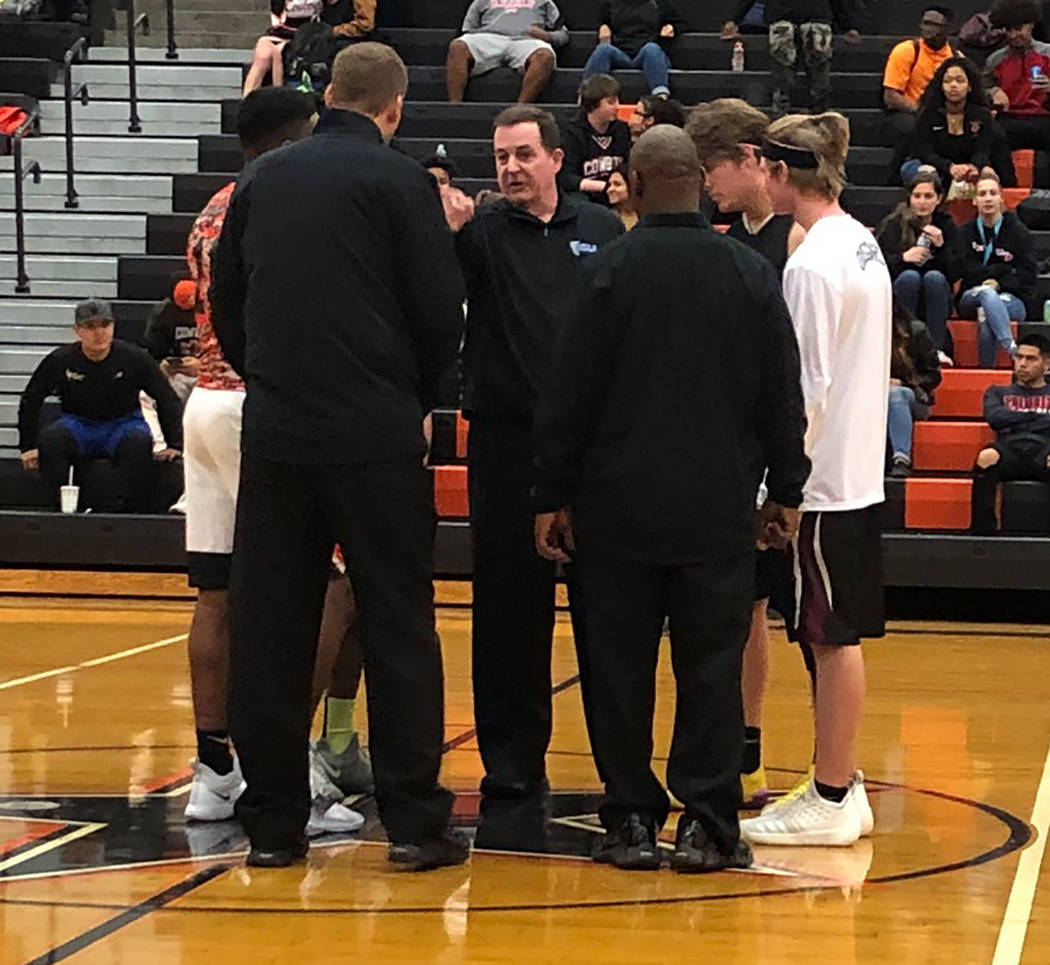 Coach Dan Clift knows his Pahrump Valley High School boys basketball team doesn’t have much margin for error against the better teams on the schedule. Take away one of the starters — especially one who stands 6 feet, 4 inches — and the Trojans are in some trouble.

They faced that situation Tuesday night, playing Chaparral in Las Vegas without senior forward Chance Farnsworth. And despite a game-high 19 points from junior guard Grant Odegard, the Trojans wound up on the wrong end of a 72-43 decision.

Chaparral dominated inside, scoring many of their points in the paint and consistently getting second, third and even fourth chances at the basket. And the Cowboys (5-5), who did not have a height advantage over the Trojans (4-9), used their superior quickness consistently to push the ball up the floor.

“They were really aggressive,” Clift noted. “It’s Vegas kids basketball, a lot of pressure. They want to get the defensive rebound and just go up the floor. It’s hard for us to prepare for that type of speed, that type of quickness.”

The Trojans hung in during the opening minutes, with Ethan Whittle and Odegard driving the lane for baskets, with Odegard getting fouled and completing the 3-point play to pull Pahrump Valley within 8-5.

The same pair that scored the first 5 points for the Trojans scored the last 5 of the quarter, with Whittle scoring on another drive to the hoop and Logan Gavenda drove the baseline and dished to an open Odegard for a 3-pointer, but in between the Cowboys scored 9 consecutive points to take a 17-10 lead.

They were not threatened again. It was 36-18 by halftime, with Odegard picking up his third foul with 3:44 left on the clock during the second quarter.

The Cowboys kept up the pressure after halftime, going on an 8-0 run to push the lead to 26. The advantage ballooned to 33 at 64-31 before the Trojans made 5 of 6 free throws down the stretch.

Clift was somewhat philosophical about playing without Farnsworth in a game the Trojans would have been decided underdogs anyway.

“Chance was sick tonight, so we’re missing a kid that has started every game for us this year,” he said. “But I’d rather he be sick tonight and hope that he’s good (Thursday against Del Sol), because that’s an important one for us.

“I think when we’re not getting those second and third shots we get when Chance is there, that makes a difference, and offensively we just struggled because we’re trying to run something we really can’t without having him. We put up more points than I thought. We scored 18 in the first half and I told them to get 20 in the second, and they put up 25.”

Clift said his players do not get as down as they have in the past when they played some of the quicker Las Vegas teams.

“I know our kids aren’t bothered by it as much even though we don’t have an answer,” he said.

Elijah Briggs and Mesach Hawkins each scored 12 points for the Cowboys, who were 10 of 12 from the line. For the Trojans, Whittle finished with 8 points while Brayden Severt added 6, all on free throws.

The Trojans will focus on Sunset League play from here on out, with only two nonleague games left on the schedule. One of those is tonight at home against Boulder City after playing league foe Del Sol on Thursday night.

“We’ll play two of the best teams in the 3A South, and Del Sol is a lot better than last year,” Clift said.