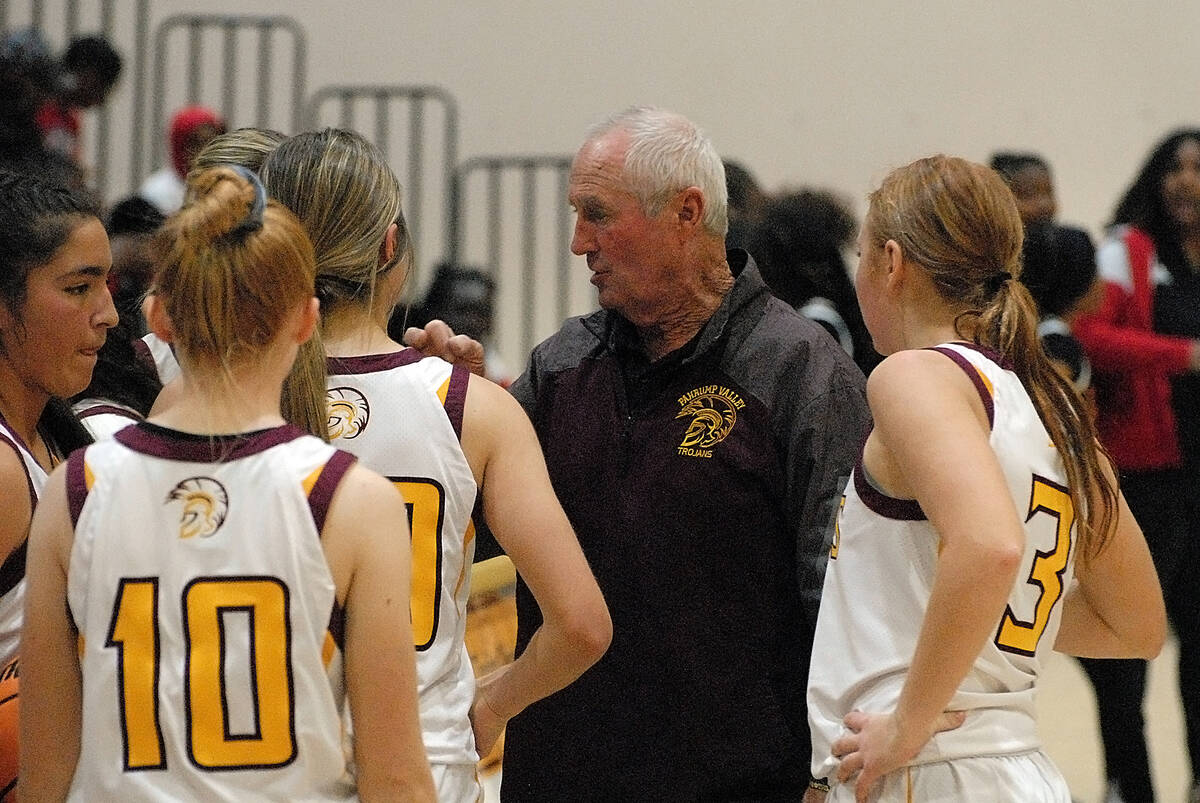 Horace Langford Jr./Pahrump Valley Times Pahrump Valley head coach Bob Hopkins talks to his team during a timeout in the Trojans' 62-42 victory over the Losee Lions. 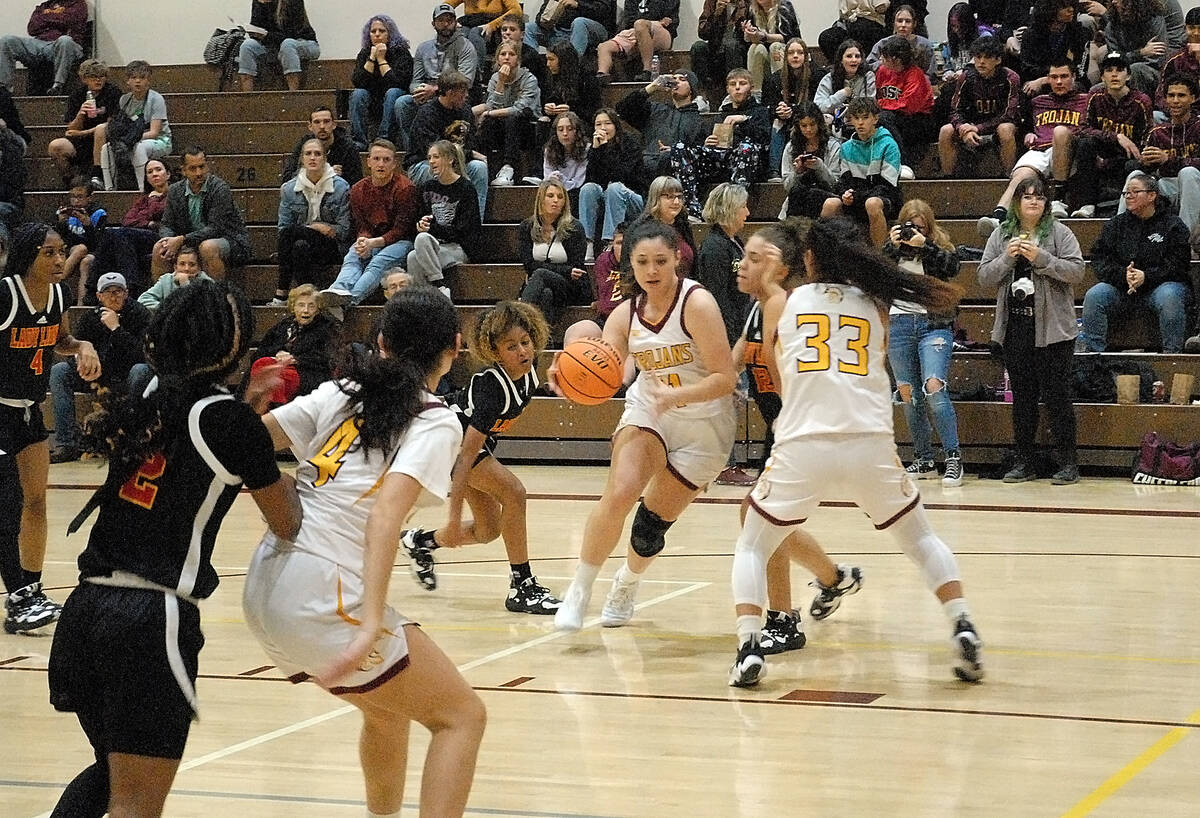 The Pahrump Valley girls basketball team participated in the 2A/3A Challenge tournament over the weekend.

The Lady Trojans entered the tournament with a 1-1 record after winning their home opener against the Losee Lions on Thursday evening.

Over the course of the four-game, two-day tournament, Pahrump Valley faced two schools from Nevada, a school from California and a school from Utah.

The Lady Trojans dropped the first game of the tournament in a 53-38 defeat at the hands of the Needles Mustangs.

Following that loss, Pahrump Valley would go on to win the final three games of the tournament.

She has led the team in scoring in three of their six games played this year. She is also currently the team’s leading rebounder with 8.7 rebounds per game, a huge improvement over last year’s average of 3.4 rebounds per game.

During the tournament, Coleman had the Trojans’ first double-double of the season, scoring 10 points and grabbing 11 rebounds in a 29-28 overtime victory against the Lincoln County Lynx.

Coleman followed up that performance with scoring a single-game high of 13 points for Pahrump Valley in a 52-15 win over the White Pine Bobcats.

The Lady Trojans used strong first and third quarters to guide them to their 41-35 win against the Enterprise Wolves from Utah.

In those two quarters, Pahrump Valley outscored the Wolves 24-13.

The offense was led by senior guard Adryanna Avena and junior forward Kailani Martinez. Both players scored 12 points for the Trojans.

With their performance in the tournament, the Lady Trojans improved their season record to 4-2 on the season.

Pahrump Valley will be back in action on Thursday, Dec. 8 when they host the tough Coral Academy Falcons.

The Falcons have played a very difficult schedule so far this season. While their record says 3-3, their level of competition tells the real story.

They have two wins over teams outside of the 3A division already this season. In a Thanksgiving weekend tournament, Coral Academy had wins over 5A Canyon Springs and 4A Green Valley high schools.

In addition to their wins, the Falcons came within two points of getting a win over 5A Silverado High School.

Junior guard Riley Ladislao and freshman Isabella Robinson are two players for the Trojans to watch for.

Tip-off for Thursday’s matchup is scheduled for 6:30 p.m.