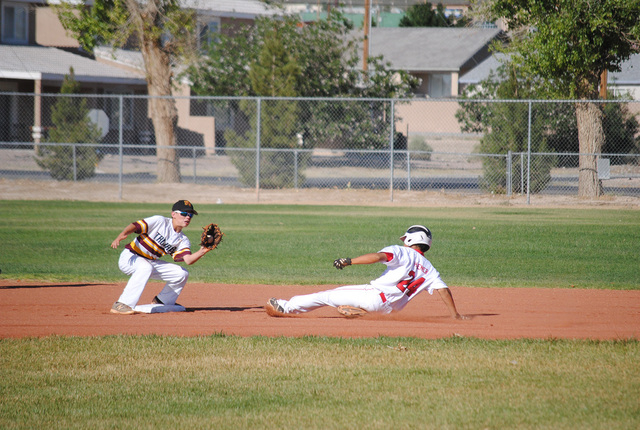 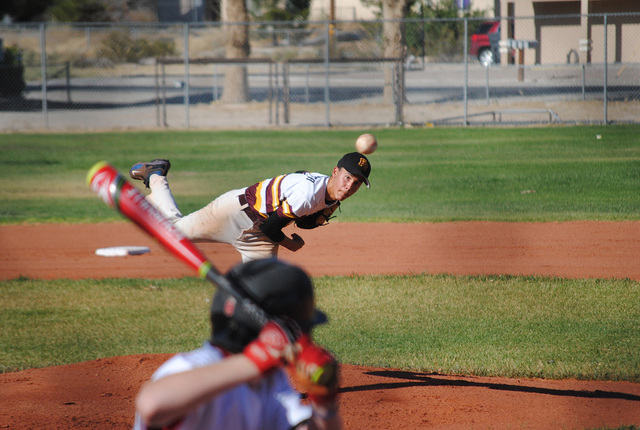 Connie Mack is back this summer, stronger than ever. This year Pahrump has three teams as opposed to just two last year.

There are 35 players playing in the summer league, which started on May 12.

“We are pretty excited for our summer baseball program,” Brian Hayes, Connie Mack organizer said. “We have gone from playing American Legion with half of our players being from Las Vegas, and virtually playing no home games, to where we are today, with over 30 Pahrump Valley baseball players, on three different teams.”

Hayes, who is also the head coach for the high school team, said this summer the teams are broken into three categories:

“Between the three teams, we play a total of 56 games, with 37 of them at home,” the coach said. “When we started this, we simply wanted to get as many kids as possible playing more baseball. Now, the ultimate goal of each program is to mirror our high school program.

The Trojans 16U gold team so far has the best record, which is a 3-2, winning their last three games. This team is in third place out of nine teams. Hayes said the gold team is the varsity team.

“Here we are ultimately trying to compete and win,” Hayes said.

“The goal here is we are trying to develop players into varsity players,” he said. “Our 14u team is to develop younger players and prepare them for the high school program.”

Hayes said in the 14U everyone will play, developing talent, in the 16U maroon, the best players will play more and other players will get some playing time. For the gold team, he said the team will play to win. Playing time is not guaranteed in that division.

Hayes said the growth of the league means a stronger high school program.

“The most exciting part about our Connie Mack program is that it gives the kids an opportunity to compete for both JV and varsity positions next season,” Hayes said. “We have had some 7th and 8th graders moved up and play well on our 16u team, and we have had some maroon guys move up and play well on the gold team. We are hoping that by the end of the summer, someone at each level has solidified their role going into next season.”

Coaches and rosters for each team are as follows: