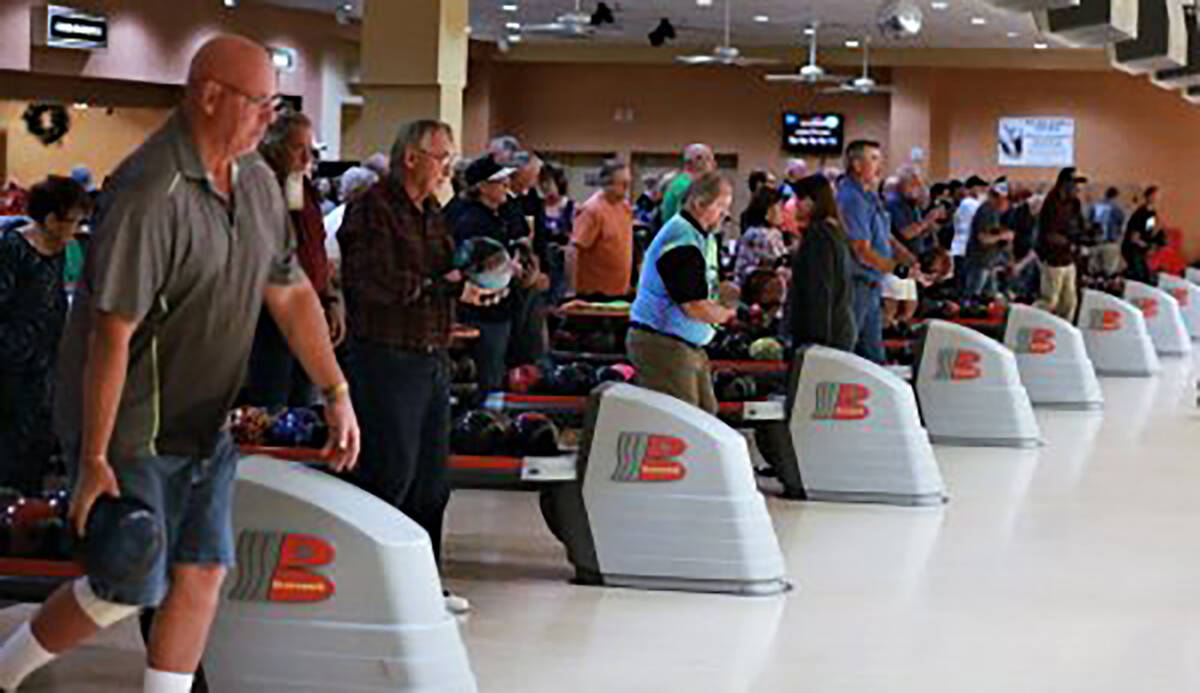 The Pahrump Nugget held its April event for the Pahrump Valley Tournament Bowl Club on Saturday, where Derek and Janis Correa each won their respective divisions.

Sixty-four bowlers participated. They were split evenly into the A division and the B division. The top eight bowlers in each division received a cash prize.

Correa’s total score led all bowlers in the tournament. This was his first win of the 2022 season.

Following Correa’s first-place finish, Frank Medina and Joe Matassa finished in second and third places, respectively, in the A division.

Matassa, who finished in third place, just barely edged out fourth-place finisher Rebekah Quinteros. Matassa bowled games of 236, 248 and 236. Adding in his handicap score of 102, Matassa finished with a total score of 822 pins.

The other five bowlers who finished in the top eight spots were Quinteros (819) in fourth place, Gary Costa Ayers (811) in fifth place, Annette Attebery and David Mathias (810) tied for sixth place and Larry Attebery (790) finished in eighth place.

In the B division, it was Janis Correa who came out on top. This was also her first win of the 2022 PVTBC season.

Correa was followed by Dottie Cole and Larry Tobey.

Cole finished in second place for the B division with a total score of 856. She bowled games of 149, 215 and 166, in addition to her handicap score of 326. Cole’s total score of 856 was the third highest in the tournament.

Tobey finished in third place for the B division. He reached a total score of 823 points after bowling games of 192, 190 and 244 with his handicap score of 197.

The Handicap Side Pot prizes were given to the top 12 bowlers with the highest overall scores including their handicap scores.

Larry Tobey and Joe Matassa rounded out the top five spots with their fourth and fifth places, respectively.

The Scratch Side Pot prizes were given out to just the top three bowlers who had the highest scores without including their handicaps.

The next PVTBC event will take place on Saturday, May 28, at 1 p.m. This event will be a 3-6-9 singles tournament and will have both a handicap and a scratch side pot. The directors of the tournament will be Debbie Varner and Barbara Wilson.