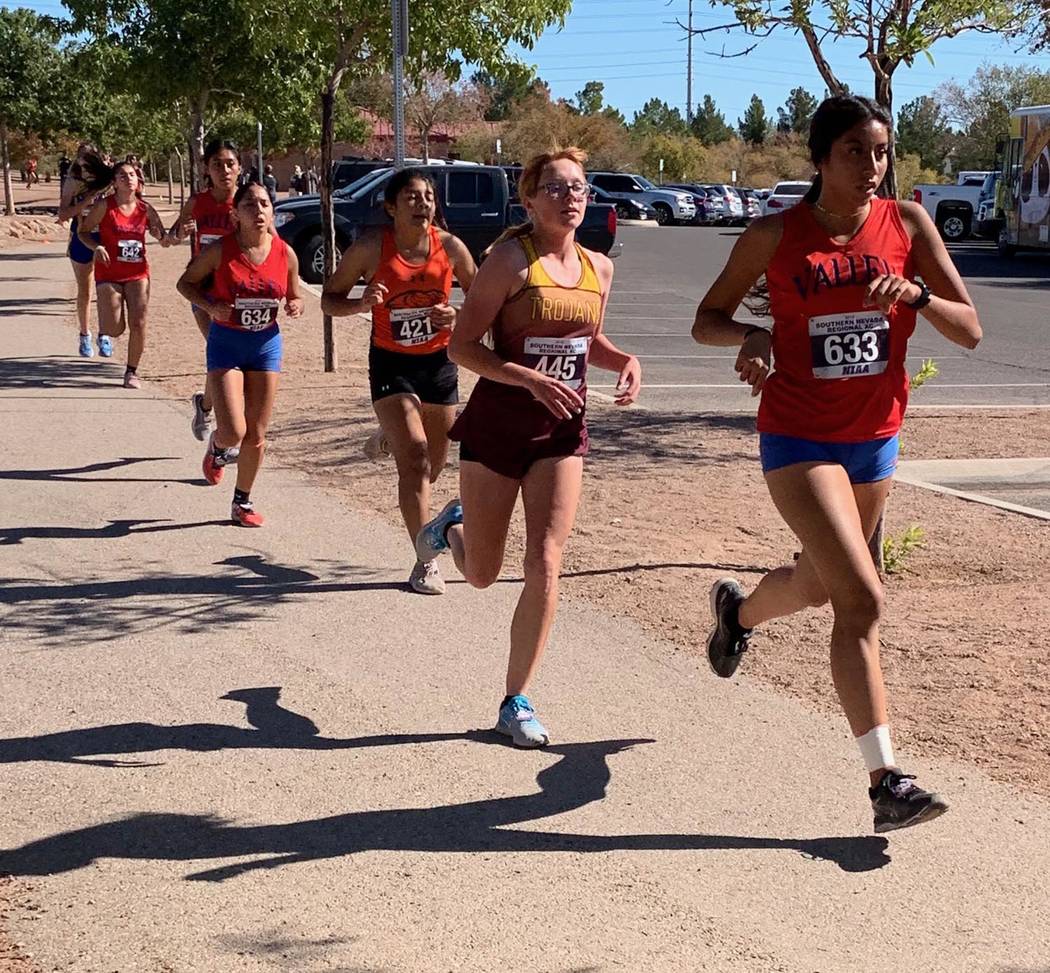 Tammi Odegard/Special to the Pahrump Valley Times Sophomore Arianna Hamilton, second from right, runs for Pahrump Valley in the Class 3A Southern Region meet Nov. 2 in Boulder City. Hamilton qualified for the state championships in Reno, where she finished 38th on Saturday. 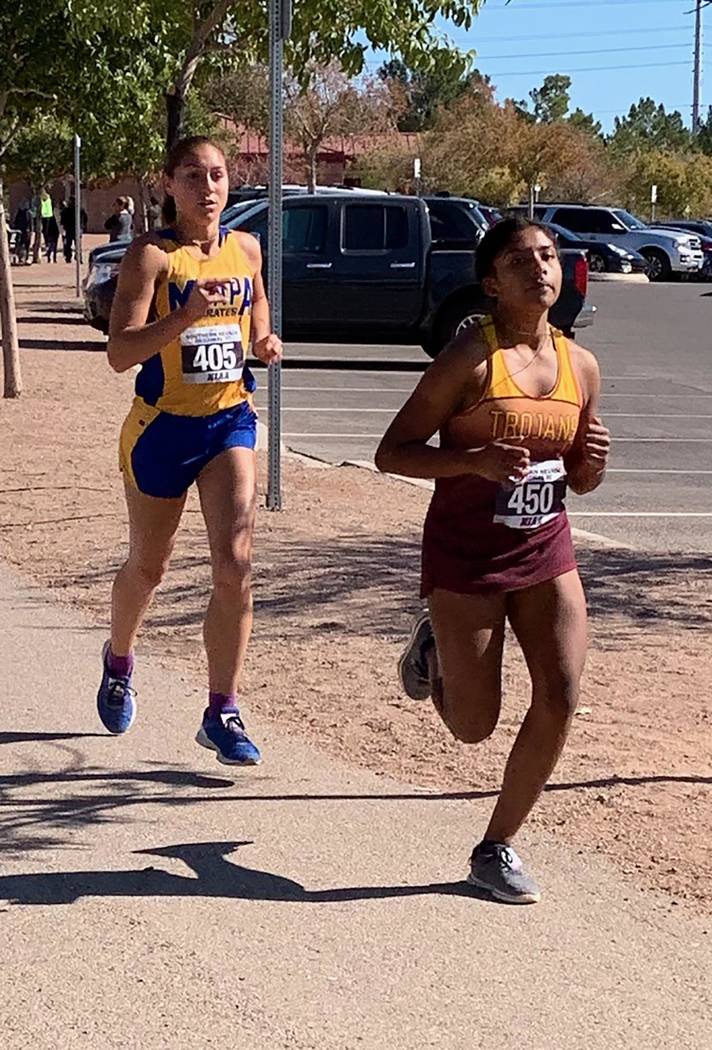 When the state cross country championships are held in Southern Nevada, runners and coaches hope for a hot day to gain an advantage over Northern Nevada runners not used to competing in the heat.

But when the meet is held in Northern Nevada, altitude is the issue. Weather can’t do much about that.

So it was hardly surprising when Northern Nevada runners dominated the proceedings Saturday at Rancho San Rafael Regional Park in Reno.

In the Class 3A boys race, Pahrump Valley High School senior Grant Odegard’s time of 18:21 was good for 12th place. Eight of the 11 runners ahead of him were from northern schools.

Christian Franklin of Valley finished his high school career in typical dominant fashion, winning 3A in 16:33, 48 seconds ahead of Tahoe-Truckee senior Montana Montgomery. The other southerners in the top 12 were Democracy Prep junior Oracio Garcia (4th, 17:45) and Moapa Valley junior Preston Humes (7th, 17:57).

Northern Nevada was even more dominant in the team competition, with Spring Creek winning with 42 points to edge out Elko’s 46. Tahoe-Truckee’s 77 points were good for third. Moapa Valley (93) finished fourth, with Valley (109) fifth and Del Sol (152) sixth.

Two Pahrump Valley sophomores qualified for the Class 3A girls race, and they ran close together on the course. Arianna Hamilton finished 38th in 24:30, with Hillary Valencia Vidales right behind her in 24:39.

Spring Creek junior Kendra Lusk won the state title in 19:38, leading the Spartans to 29 points and an 11-point win over Tahoe-Truckee for the team title. Boulder City finished third with 85, followed by South Tahoe (100)(, Moapa Valley (109( and Valley (144).

Underclassmen dominated the girls race, with only five seniors among the top 20 finishers. And while sophomores Emma Humes of Moapa Valley (3rd, 20:24) and Mary Henderson of Boulder City (4th, 20:32) were able to break through the Northern Nevada dominance, northern runners occupied 16 of the top 20 places.