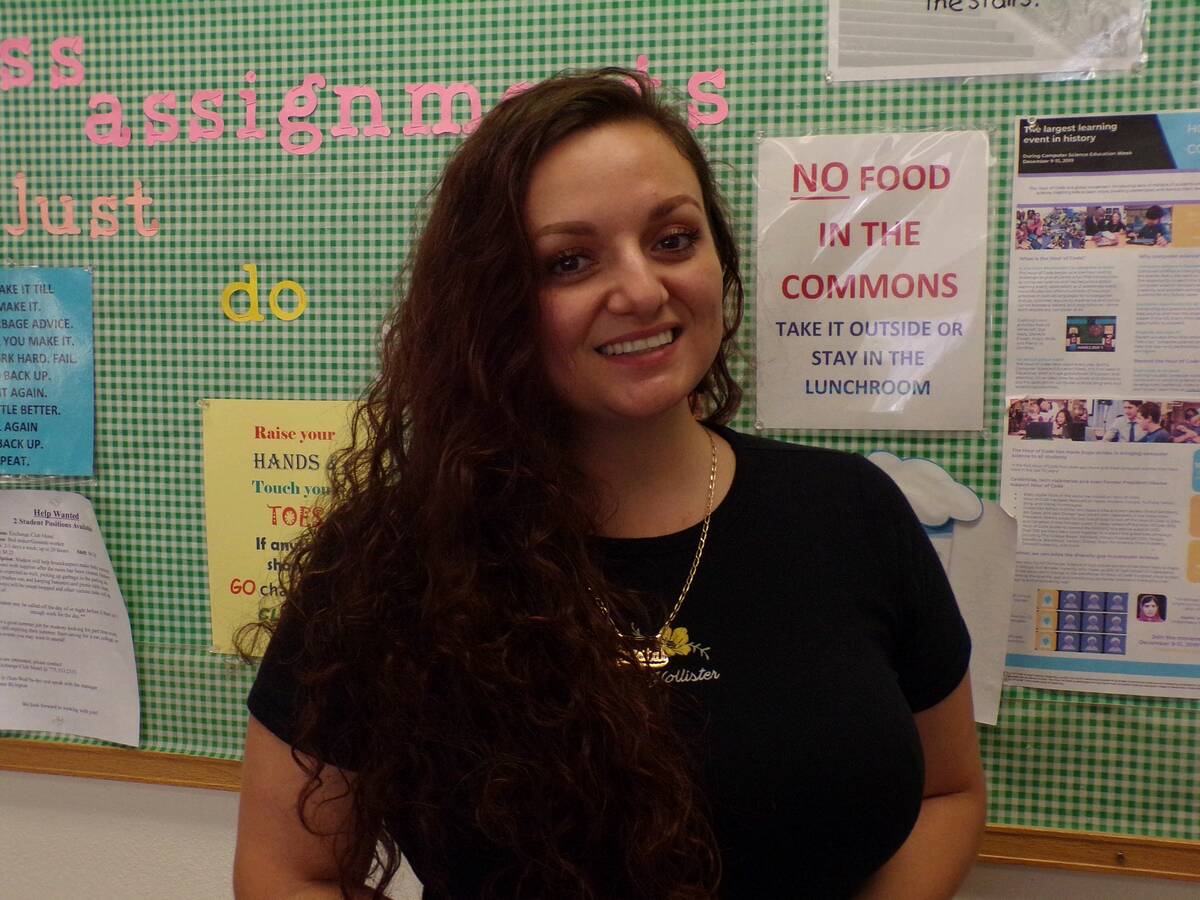 Femat, who grew up in Amargosa Valley, attended Beatty High School and graduated from there in 2010.

“I enjoyed the small community,” Femat said of growing up in Amargosa. “You get to know everybody. If there’s a problem, you can call your neighbor. I always enjoyed it.”

While attending BHS, Femat played volleyball for the Lady Hornets.

Crystal began working at Beatty High School during the 2018-19 school year through the “GEAR UP” program and she shifted to the school secretary position during the 2020-21 school year.

One of Femat’s hopes for the season is for her players to get their confidence up while they’re playing on the court. She mentioned that after a coaching transition, it could be a little difficult for players to take advice from a new coach they’ve never had before.

She also expressed that her main goal for this season is for the players to have fun and win games.

The Lady Hornets are currently 2-8 on the season. Both of their wins came in a tournament last weekend.

Their next game will be this Friday, Sept. 16, when they host the Indian Springs Thunderbirds. The Hornets are 5-0 against the Thunderbirds dating back to the 2016 season.

The game is scheduled to start at 5 p.m.