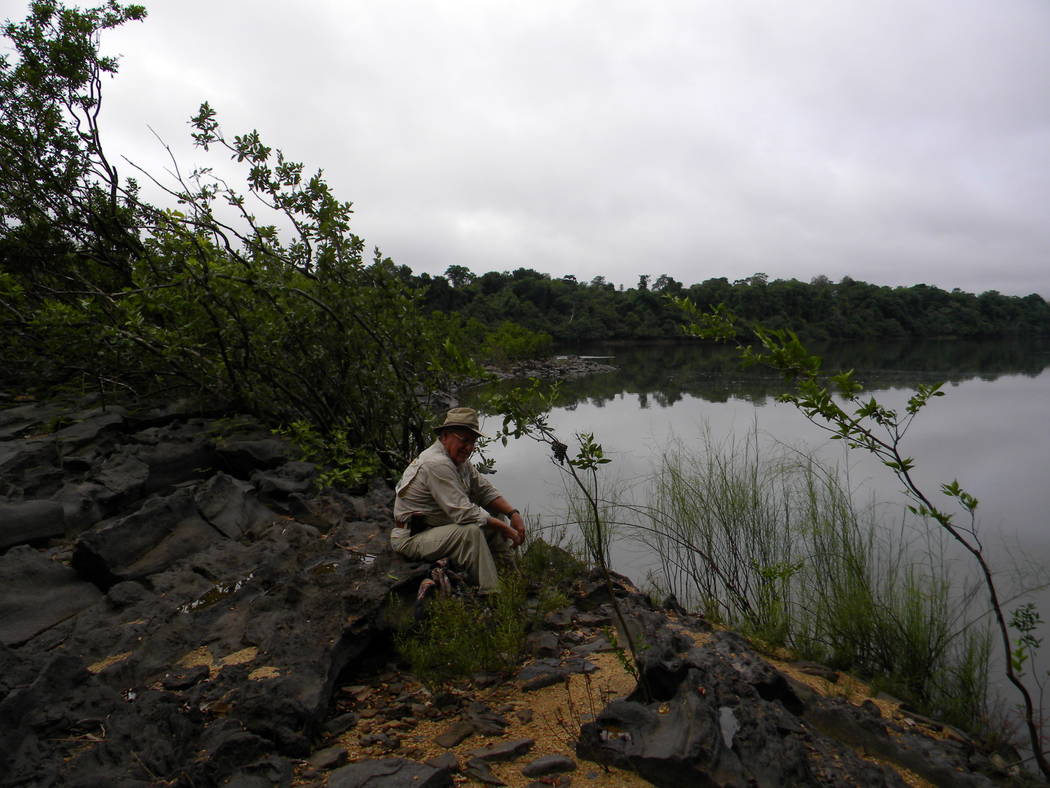 Photo provided by Dan Simmons/Special to the Pahrump Valley Times Sportsman Dan Simmons sits at one of Teddy Roosevelt's campsites listening to the waters flow and voices from the past. 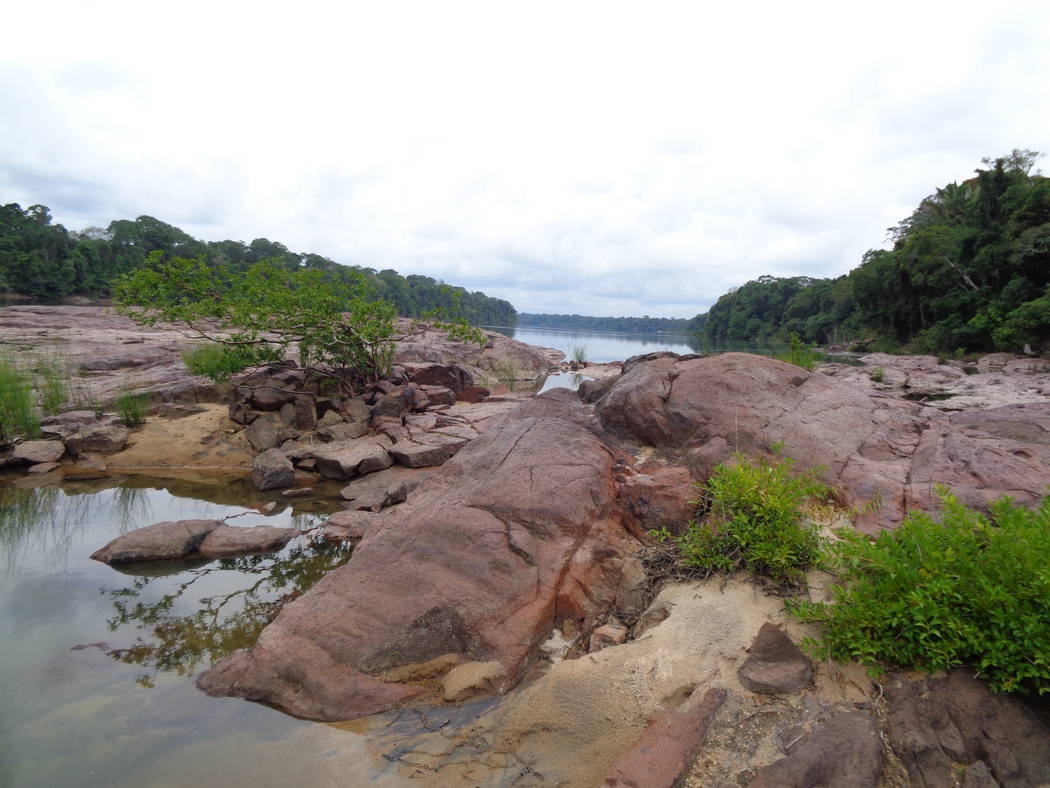 Photo provided by Dan Simmons/Special to the Pahrump Valley Times Rocks extending across the river in places made Teddy Roosevelt's portage often difficult. 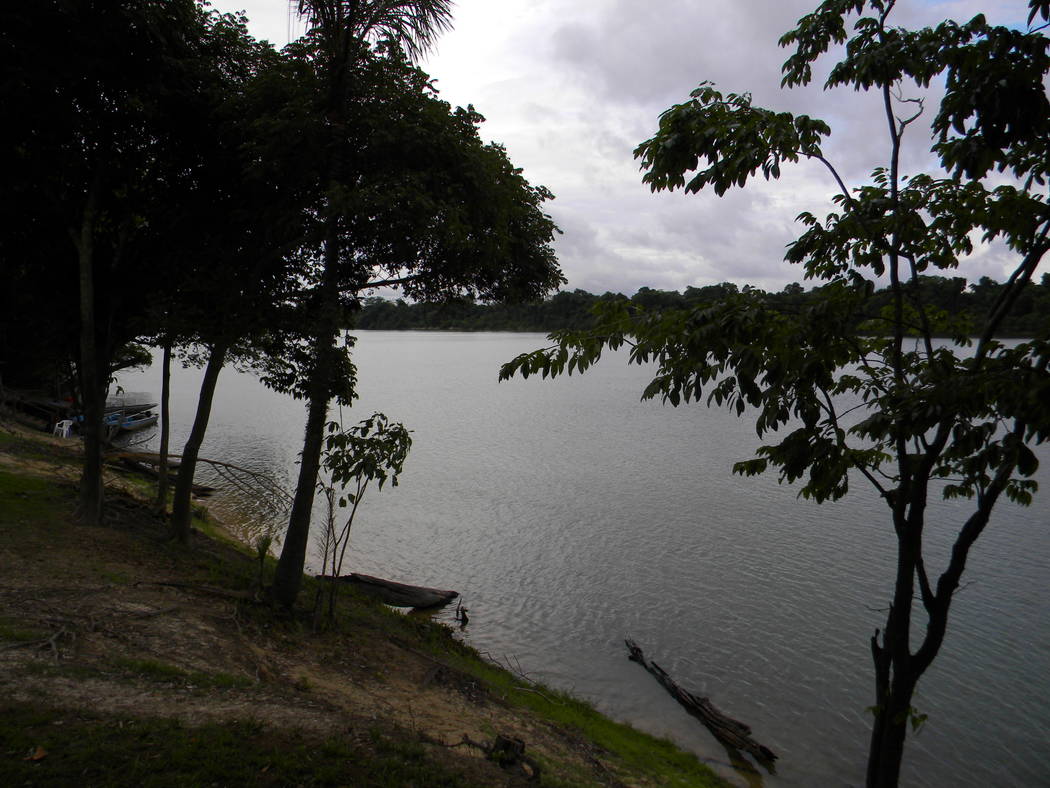 Photo provided by Dan Simmons/Special to the Pahrump Valley Times The Roosevelt River at the spot where the future Lost River Lodge will be built. 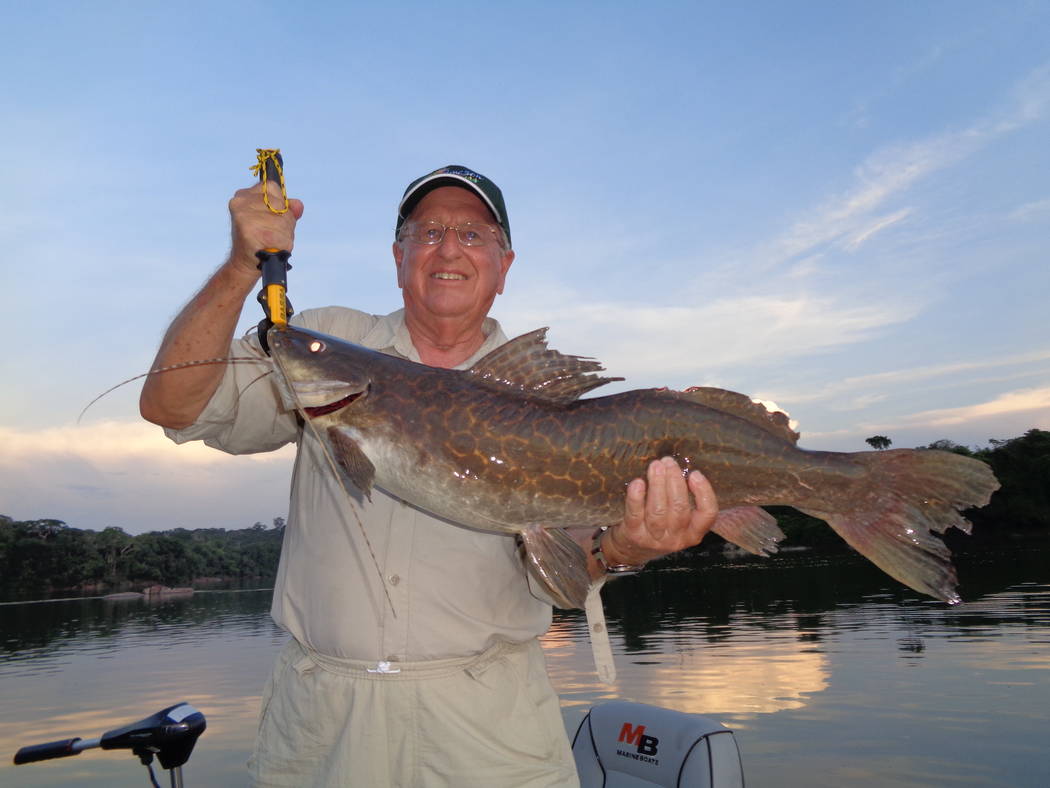 Photo provided by Dan Simmons/Special to the Pahrump Valley Times "Catfish Dan" shows one of the many unusual catfish caught on his Amazon fishing expedition. 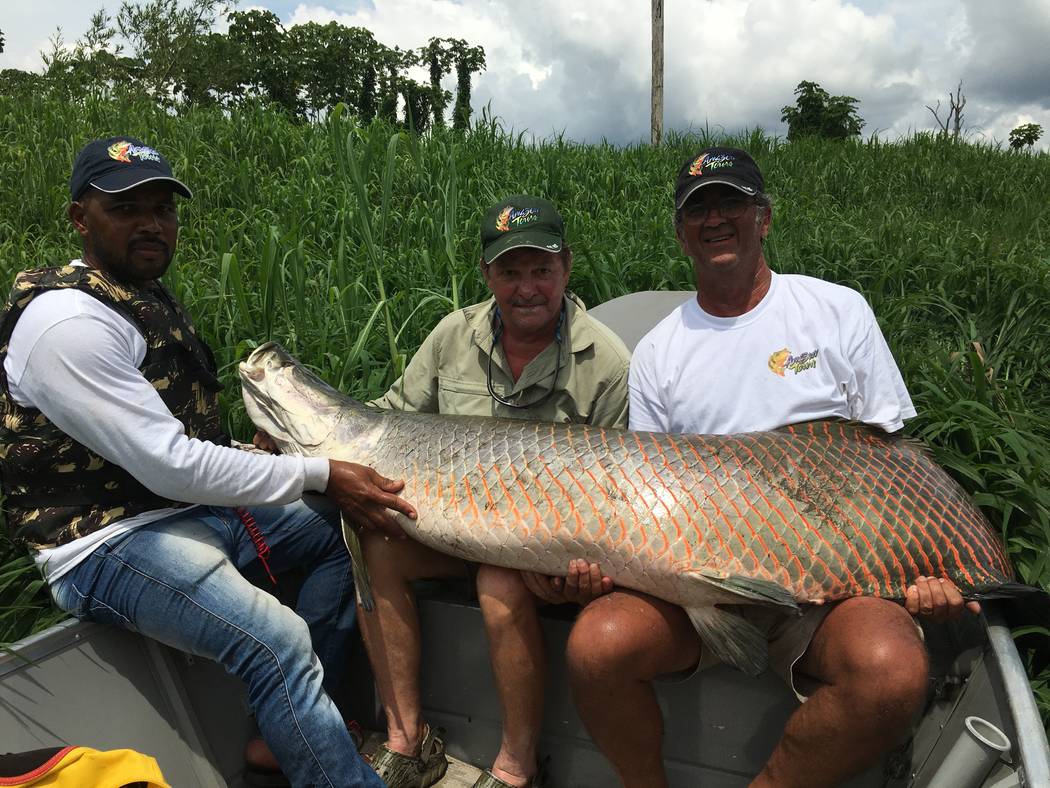 Last time we embarked on an exploratory fishing expedition to determine if the Roosevelt River had potential for a sport fishery. This is a continuing part of that adventure. See part 1 in the Nov. 27 edition of the Pahrump Valley Times or on pvtimes.com

We not only fished in the wake of Roosevelt, but walked in the tracks of the jaguar, in a truly remote region where we encountered capybara, tapir and diminutive deer. The forest was thick with long, hanging rope-like vines and the calls of monkeys all around. Ripe papaya and Brazil nuts were abundant, as were several other fruits which I could not identify, but I was told they were delicious in season.

On one of these shore walks we found one of Roosevelt’s campsites with 100-year-old broken blown glass artifacts, which we did not disturb. On one of my alone return trips I even had the chance to visit with Teddy at a clearing overlooking the river. He said, “What am I doing here, with mosquito, humidity, man-eating fish, starvation and death? I just want to go home.” (True, if not factual.) Many of us have said the same thing on an extremely tough hunt or when the weather turns bad on great waters, but this exploratory fishing expedition was much different, with excellent accommodations, gourmet meals and well-outfitted bass boats.

This exploratory fishing trip was a total success with peacock bass, payara, various species of catfish, piranha and even arapaima, among the largest freshwater fish in the world, being caught on a side trip. This was the only adventure I’ve been on that rivaled an African safari.

We speculated on what Phil would decide with regard to opening a lodge, and we just recently learned. Phil’s decision is to open a new lodge, the “Lost River Lodge” on the banks of this dedicated and preserved section of the Rio Roosevelt. I’ll be there again next spring and perhaps even have another visit, or go fishing, with my new friend “Teddy.”

For more information on the Lost River Lodge, email phillipmarsteller@yahoo.com or give him a call 423-533-3019.

The excellent “River of Doubt” book by Candice Millard tells the story of the Roosevelt Expedition and can be found on Amazon.com, or abundant research online at The River of Doubt and The Roosevelt River.

If you have a story or comment about this or other articles, please contact me, dansimmons@usa.net or give me a call 775-727-9777.