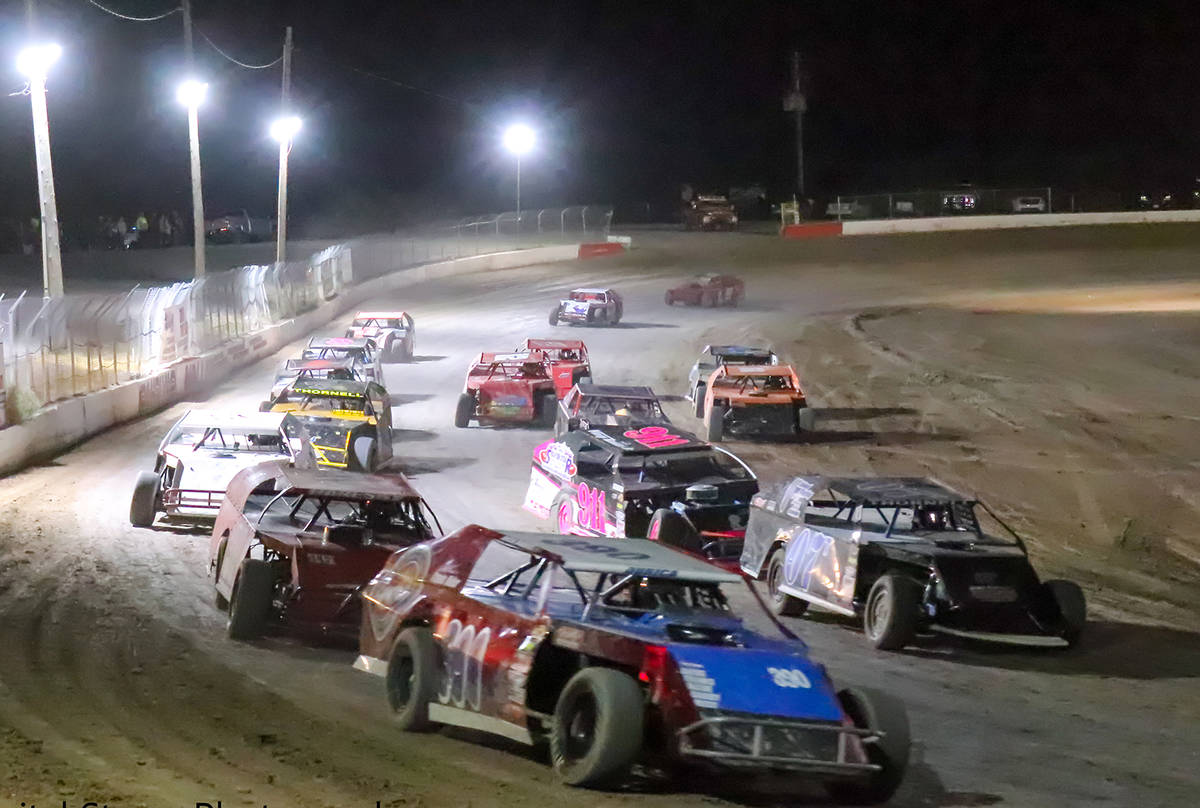 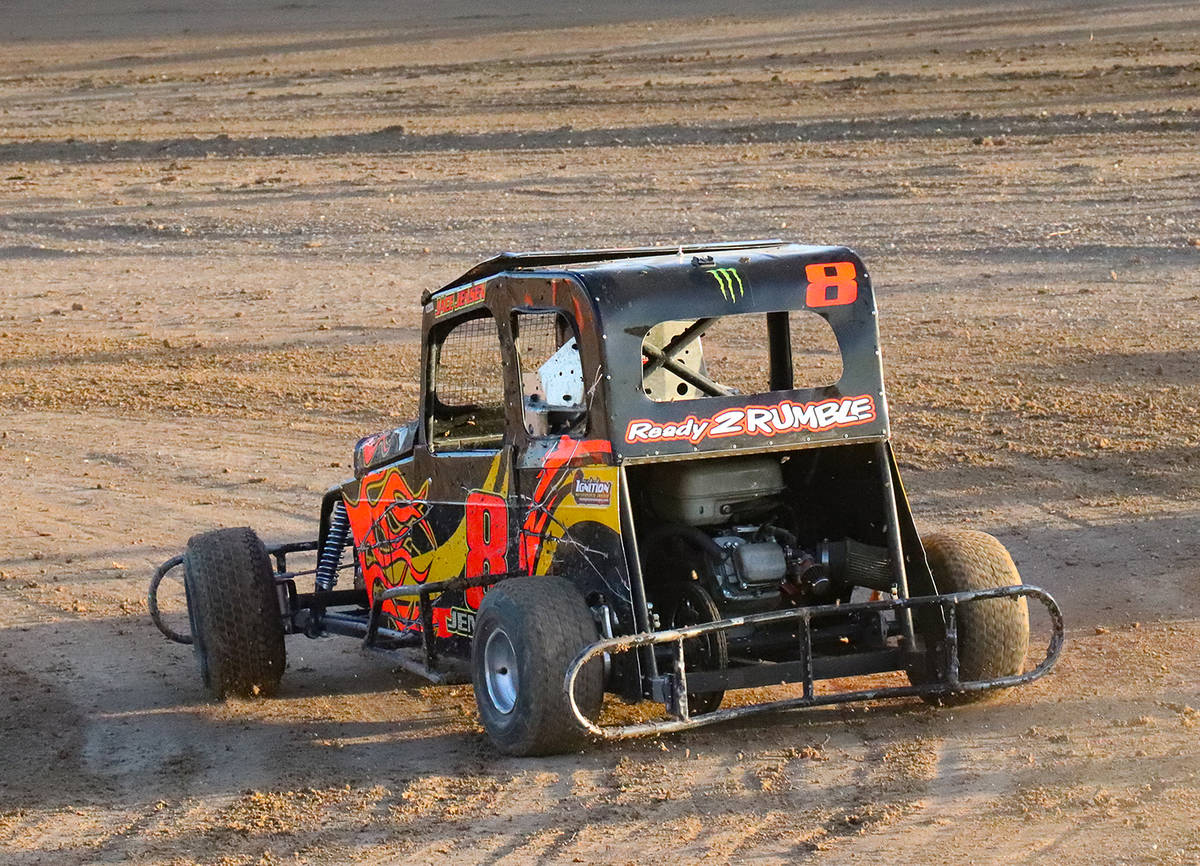 Digital Storm Photography/Special to the Pahrump Valley Times Jace Jensen in the No. 8 Mini Dwarf on June 6, the first day racing returned after closing for the pandemic at Pahrump Valley Speedway. 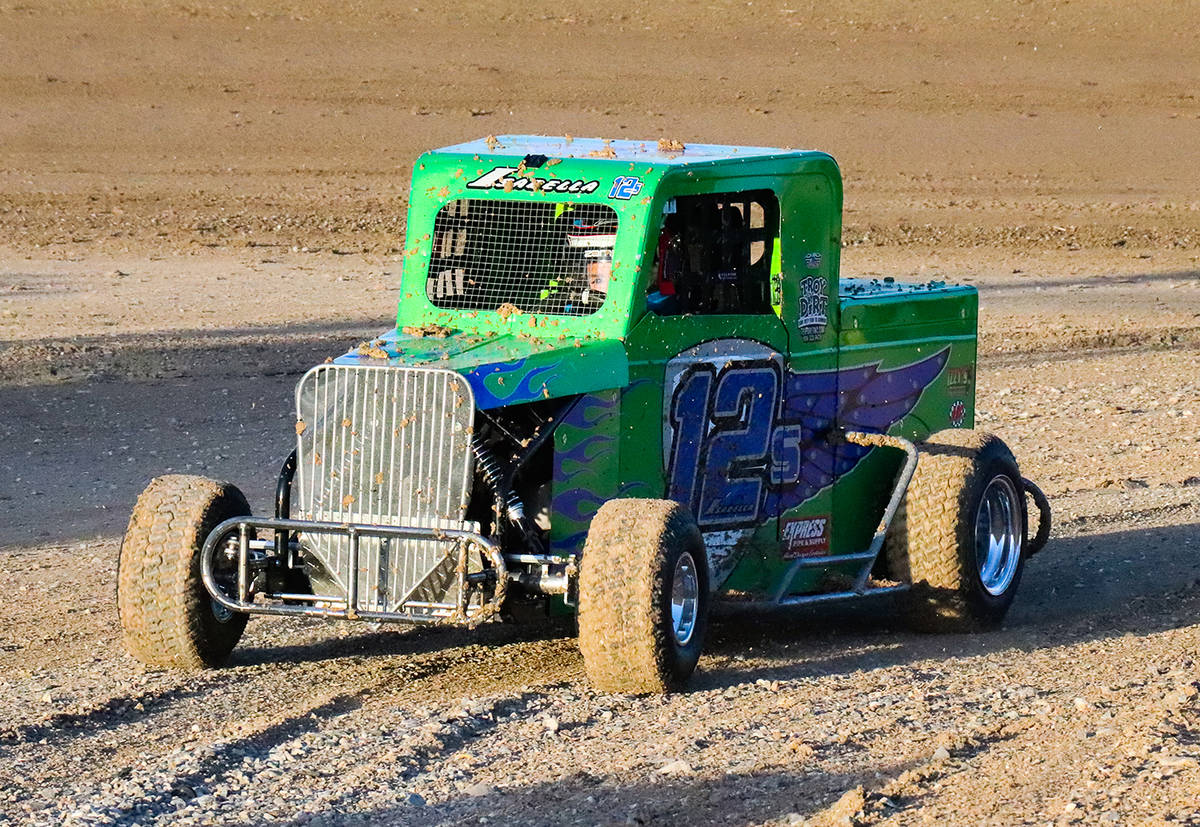 Digital Storm Photography/Special to the Pahrump Valley Times Cody Isabella drives No. 125 during the Mini Dwarf race June 6 at Pahrump Valley Speedway. The scheduled racing card for July 4 has been canceled because of the combination of hot weather and the face-covering requirement.

Eric Shenberger finished second in his second Sport Mod race of the season, while fellow second-timers Josh Stringer (fourth), Haylee Little (sixth) and Gary Hunt (10th) joined him in earning at least 31 points on the night. Aaron Farrell took third and Nick Heilman placed seventh in their first outings of the year.

With half of the top 20 drivers in the points standings not running that night, there were opportunities to make major gains on the charts after five races. Joel Dean and Jeff Murphy took full advantage, moving up to second and third in the standings after Dean won and Murphy placed fifth that night. Both have run in four of the five Sport Mod races this season.

Alex Murphy continues to lead the Sport Mod standings with 171 points, 21 clear of Dean and 28 ahead of Murphy.

As in the Sport Mods, half of the top 20 drivers in the Mini Stock standings didn’t start June 20. Aaron Pike-Ceballos continued his steady performance, chalking up his first victory of the season to go along with previous third- and fourth-place finishes. Richie Hearn finished second, while Blake Albright took third.

Tanner Reynolds’ fourth-place ride kept him in first place in the season standings, with Michael Wills, who finished eighth, and RJ Smotherman, who did not run, in third.

It was a competitive night for the Hobby Stock class, with almost the entire top 10 on the track. Points leader Jared Ward added 40 more to his pile with the victory, and Aiden Murphy moved into second place by finishing second. Matt Gillum, Kirk Hance and Rory Bradley rounded out the top five on the night, with Bradley, a winner back on June 6, moving into the top five overall.

One of the largest fields on that earlier racing date was in the Modifieds, with 16 drivers in the field. This time, just four drivers scored points, led by Brad Hopkins, who moved into fifth place in the standings with his victory. Kyle Renberger placed second, with points leader Aaron Keller running third.

Super Stocks have been run only three times thus far this season, and Tyson Talkington’s victory pushed him into fifth place. Darius Mann is right behind after placing second, while points leader Timothy Murphy ran third.

Mark Daub has won all five races in the sparsely populated Coupe class, and Daniel Bruner has finished second four times. Mike Johnson’s first time out this season resulted in a third-place finish.