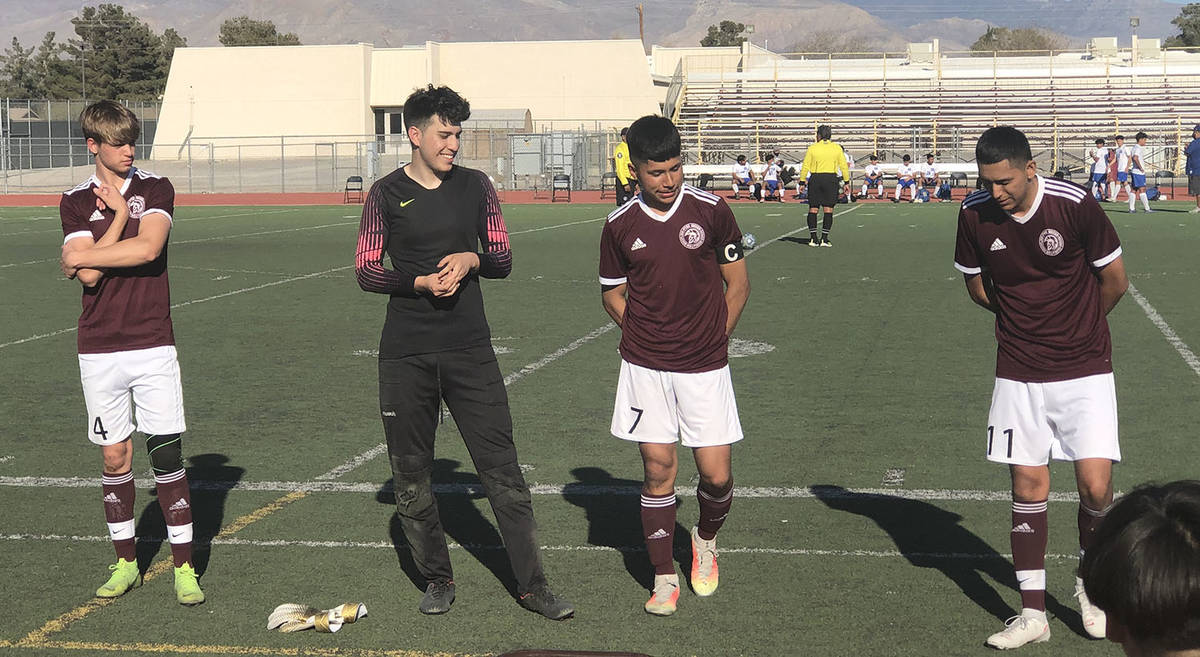 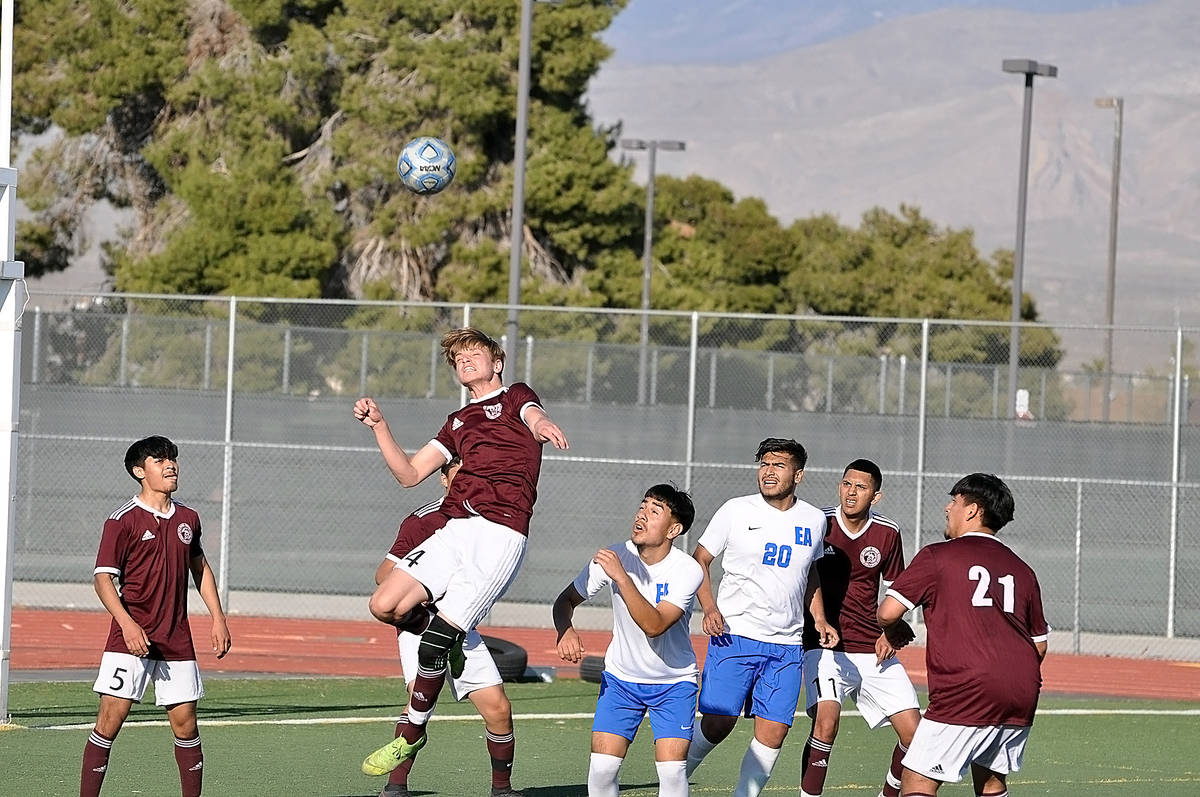 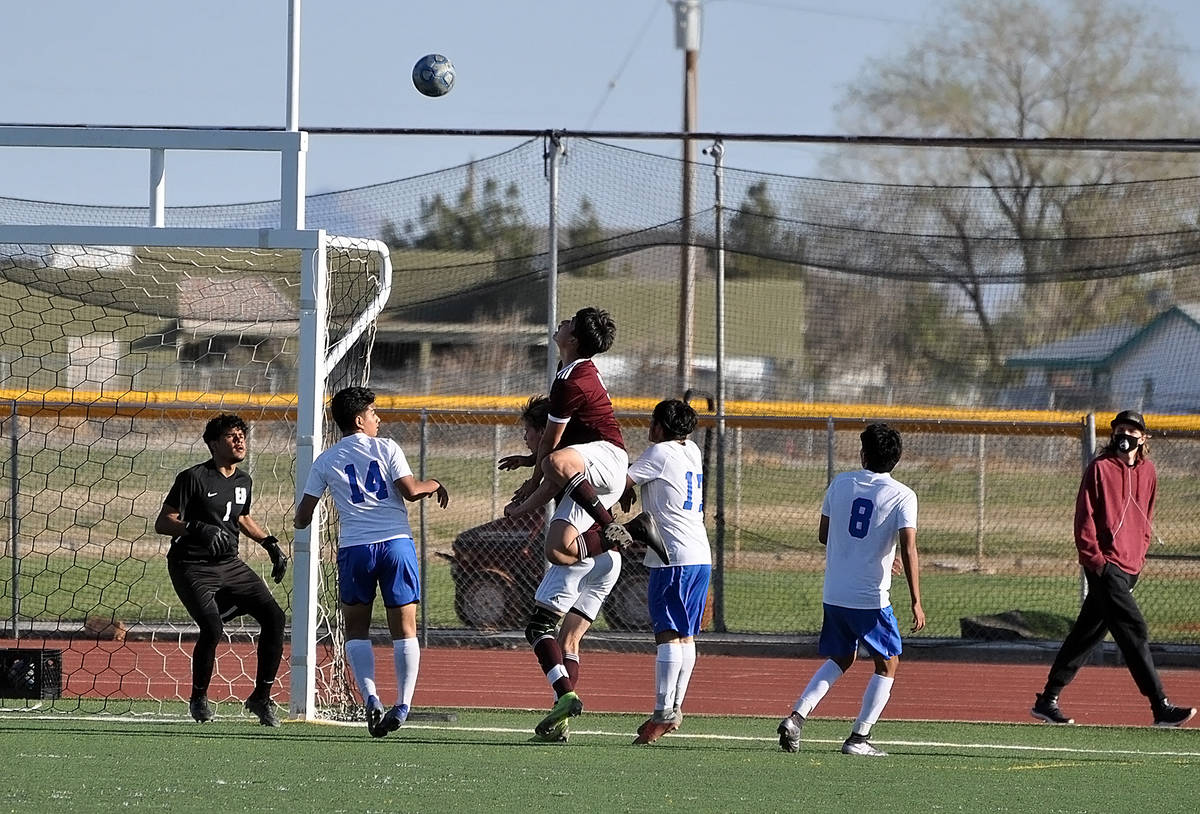 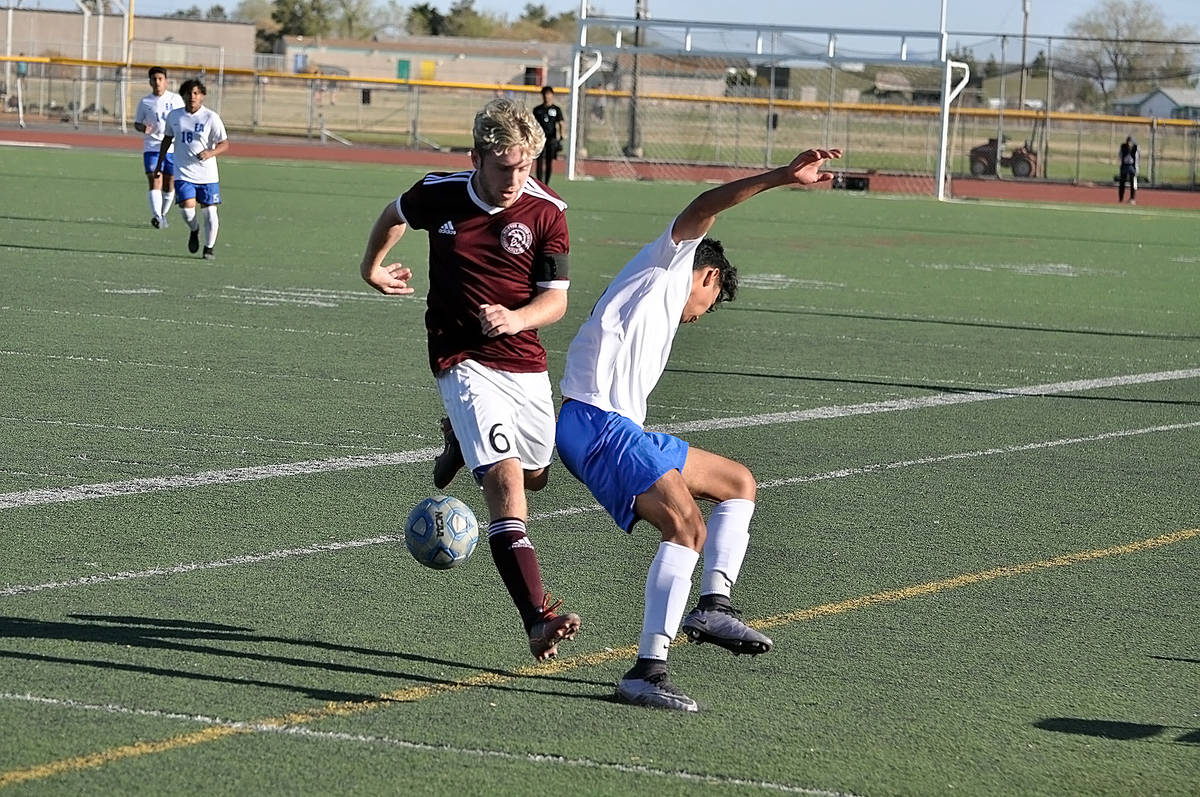 Scoring goals has been a problem for the Pahrump Valley High School boys soccer team throughout this pandemic-shortened season, and senior night did nothing to help.

Equipo Academy handed the Trojans a 3-0 loss for the second time in six games, sending the Trojans to 1-5 with their fourth shutout loss of the season.

“It’s been an interesting year all the way,” Trojans coach Chris Roberts said. “Without having preparation ends up hurting you in the end. We’re playing with a couple of injuries. You just kind of keep going.”

As if the Trojans’ problems finding the back of the net weren’t bad enough, Equipo’s defense has been outstanding. The Yeti have allowed one goal during their five wins, and that came in a 7-1 rout of SLAM Nevada.

On Wednesday, Equipo juniors David Macias and Fernando Alas did much of the damage. Alas controlled the ball and fed Macias perfectly for the Yeti’s first goal in the 8th minute, then the roles were repeated on a 2-on-1 breakaway as Alas got another assist on a goal by Macias on another well-timed pass during the 27th minute.

Two minutes later, Alas fired a shot from 35 yards out that found a small space between Trojans keeper Ulises Salazar and the post to his left for a 3-0 lead. The entire second half was mostly garbage time, with few chances on either side.

The highlight of the day for the Trojans was recognizing their four seniors: Salazar, Vinny DiBlasi, Rafael Nunez and Pablo Castro. When they came in as freshmen, the Trojans were a program that had been unsuccessful for years; between 2008 and 2017, Pahrump Valley averaged 4.2 wins and 13.1 losses per season, losing at least 10 games each time.

But the Trojans have been a playoff team the past two seasons, posting records of 12-9-1 and 11-7. While not all of the seniors were varsity both seasons, the program they are leaving, despite the struggles this season, is a far stronger one than the one they entered.

“Ulises has been our goalkeeper for the past two years,” Roberts said. “He’s a young player when it comes to learning and ability, but he’s doing his best.”

“For two years I was under someone else, he was a junior then a senior, then I moved up to varsity my junior year and showed what I can do once he left,” Salazar said.

Like Salazar, Castro has been a two-year varsity player after transferring from Durango High School in Las Vegas.

“Pablo was in the backfield last year, so he’s played in the back for two years,” Roberts said. “We’re going to miss him.”

Actually, Pahrump will miss Castro as well, as he expects to be on the other side of the country after high school.

“Once I graduate I’m going to join the Army,” he said. “I’m going to, I think, North Carolina for basic training. It’s just something I’ve wanted to do.”

Nunez said expectations grew as he gained experience in the program.

“Much more pressure,” he said of being one of the team’s veterans. “Moving on, leaving high school, it flew really fast.”

“Rafa Nunez played a lot of midfield and in the back for us,” Roberts said. “It’s been an interesting year of moving people around and trying to see what works best. I love seeing how the seniors have grown and seeing their potential.”

DiBlasi had some effective headers to stop Equipo scoring threats, but his knee has been an issue this season.

“Vinny has played for me for four years,” Roberts said. “It was great to coach him. He’s been at about 80% this year. A lot of his quickness off of the ball was not quite there.”

While none of the Trojans were happy about a loss in their final home game, they did not play poorly against a quality opponent. The Yeti went 10-3-1 in league play in 2019, their first season as a full member of the Nevada Interscholastic Athletic Association and reached the Class 3A state semifinals.

“That’s what you do when you play high-quality teams,” Roberts said. “They get a better look at how to defend and how to play against a good team.”

“As a team, we could have done better,” Castro said. “We wanted the win in our final game, but the team did try hard.”

The Trojans wrap up the season with games Tuesday at Faith Lutheran and Friday, April 9 at Virgin Valley.