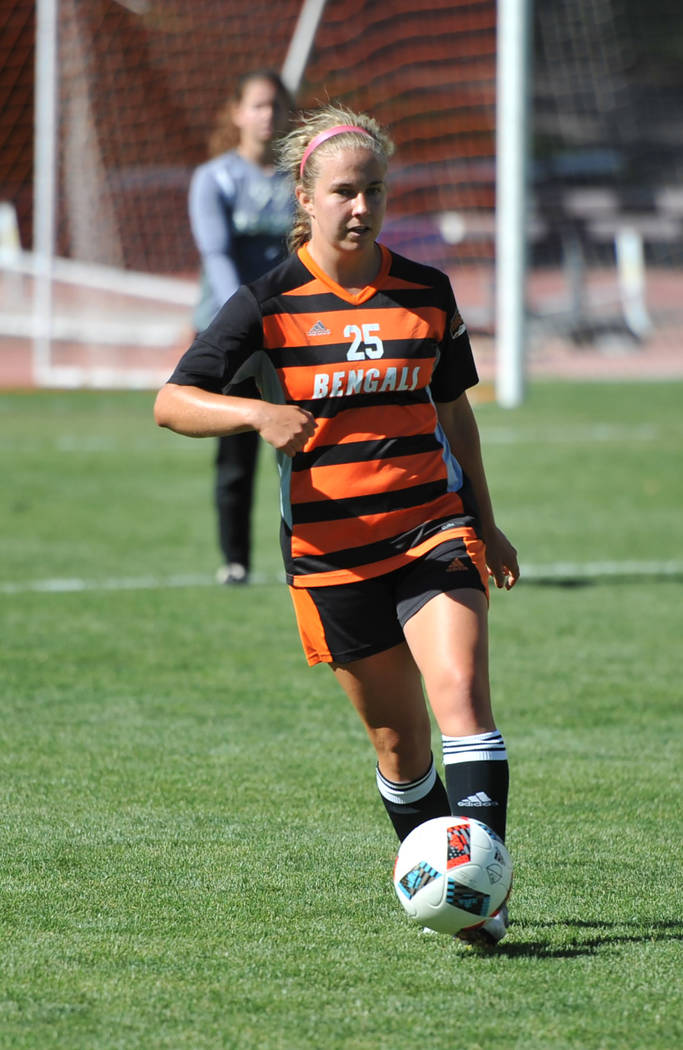 Julie Hillebrant-ISU Athletics/Special to the Pahrump Valley Times Jennifer McCaw started 49 games during her soccer career at Idaho State, including all 36 during her junior and senior years. 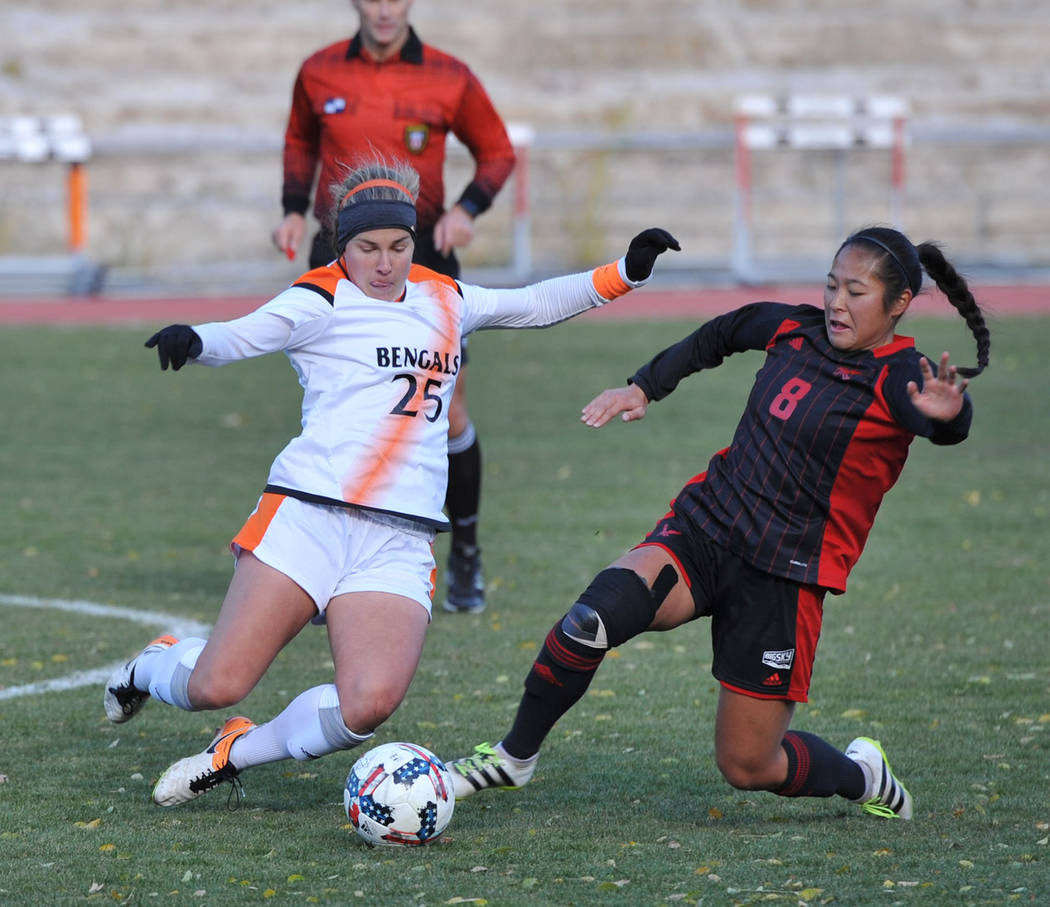 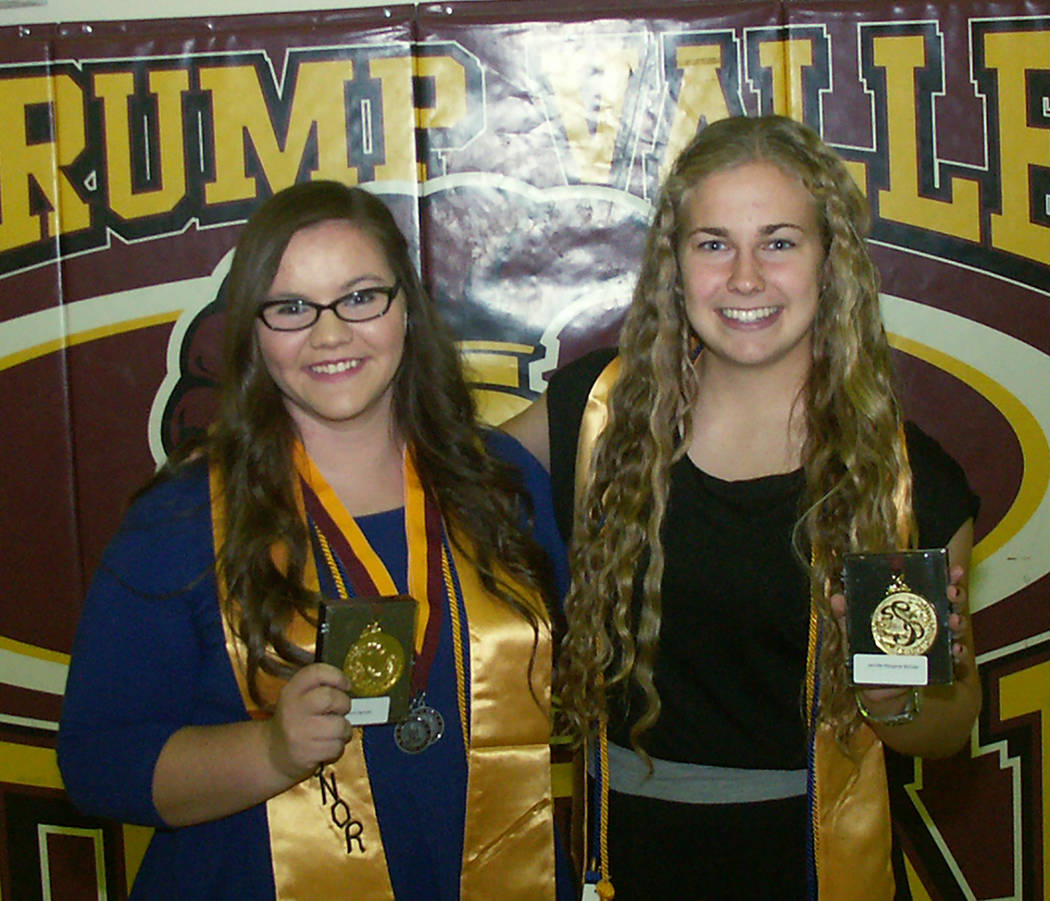 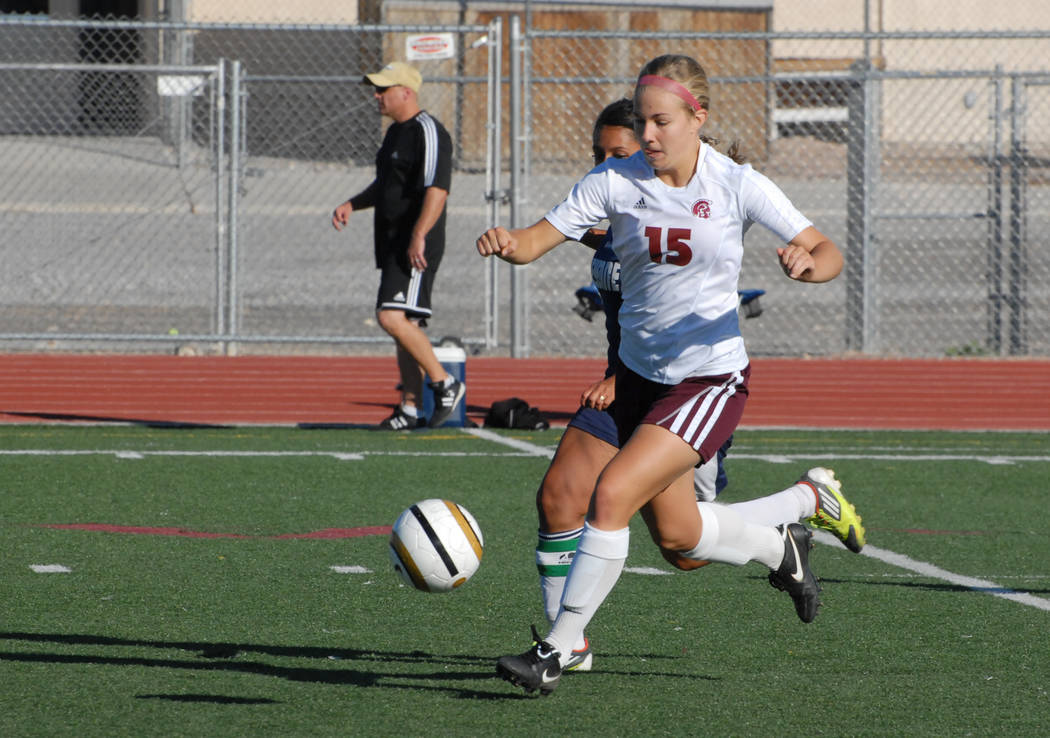 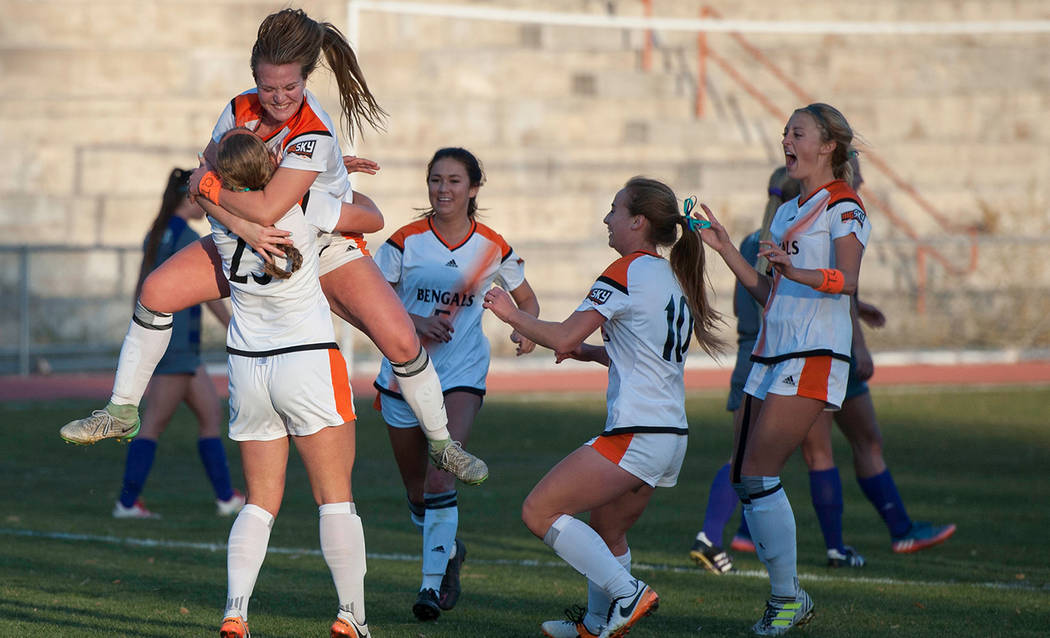 Jennifer McCaw graduated from Pahrump Valley High School in 2014 with a lot of promise.

She was the class salutatorian with a 4.6383 grade-point average, and she was also part of an enormously successful girls soccer team, which went to the state tournament all four years she played and brought home two championships.

“I think just the friends we made and winning state two times,” she said of her fondest memories of Pahrump Valley. “Even my senior year, when we lost and it was heartbreaking, the whole season was fun.”

She went on to play soccer at Idaho State University, where she showed her best days were not behind her. For her accomplishments on and off the field, McCaw has been named Idaho State’s NCAA Woman of the Year nominee. The award recognizes graduating women from all NCAA divisions who embody devotion to academics, athletics, service and leadership.

“I didn’t realize how big of an award it was when I first got nominated, and then I started looking into it and realized it’s pretty big,” McCaw said from an athletic training conference in Boise. “The award is for the whole NCAA and it’s a huge award, so I was excited that I even met all the eligibility requirements.”

McCaw made the dean’s list every semester at Idaho State and was a four-time Big Sky All-Academic Team selection. She was recognized as the Sports Science and Physical Education Student of the Year in 2018.

She won the university’s Athletics Advisory Board Outstanding Scholar-Athlete Award after completing her B.S. in exercise science with a 3.94 grade-point average. Currently, McCaw is pursuing a master’s in athletic training.

She tallied 4,679 minutes on the field during her career with the Bengals, earning a starting position among backs in 2016. The following year, as a senior, she started all 17 games as a team captain and saved one of her best moments for last.

On Senior Night, she scored her first career goal on a penalty kick in the 87th minute to lift the Bengals into a 1-1 tie with Weber State. It was the only PK the team attempted all season, and it was a bright spot in a tough campaign for the Bengals, who finished 3-14-1 overall and 2-7-1 in the Big Sky Conference.

“It was funny, we had taken PKs the day before in practice, and they were joking like, ‘I’m going to fall in the box, and you’re going to score the goal,’ ” McCaw said after the game. “So I just had it in my head that they believed in me. That’s kind of what I needed.”

Idaho State’s best season with McCaw on the roster was her first, when the Bengals went 10-9-1 and reached the Big Sky Tournament final. The next two seasons brought records of 1-17-1 and 7-13. After all the success in high school, it wasn’t always easy to handle losing.

“It was different,” McCaw said. “The game’s the same and it felt like we were in every game, but after the final whistle blew and we lost it really hurt. Some games we didn’t deserve to lose. I just wasn’t used to it.”

A center midfielder in high school, McCaw found herself playing a different role with the Bengals.

“I was one of the center backs,” she said. “We played four in the back. I ended up liking it. My coach just kind of came up to me one day and said, ‘I’m starting you at center back.’ I was like, OK. But I liked it. I fell into more of a leadership role there because it’s crucial for the back four to stay together.”

McCaw spearheaded a university-wide campaign designed to raise awareness, educate and reduce sexual assault and physical violence. Several teams took part in the #SetTheExpectation movement as it spread throughout the Big Sky. She also visited community and women’s shelters.

“I was the president of the SAAC, and that’s kind of where all those activities came from,” McCaw explained. “All those events were with SAAC. That was rewarding. It was a lot of work, but to have it be you that’s making a difference is pretty cool to see.”

Now as a graduate student, McCaw has set her sights on a career in athletic training.

“I’ll finish in spring of 2020,” she said. “We get a clinical rotation each semester, and you work when the athletic trainer works, so I’ll get a good idea of where I want to be by then. I can’t imagine my life without athletics.”

Whether her nomination stops in the Big Sky office or goes all the way to the Oct. 28 awards dinner in Indianapolis, McCaw has no regrets about her undergraduate years at Idaho State.

“Overall, it was fun,” she said. “I made lifelong friends, just like I did in high school. The hard times bring people closer. It was challenging, and I think I’ve grown a lot from that experience. It kind of feels like there’s nothing I can’t do anymore.

“I wouldn’t change it at all. I wouldn’t be the person I am today without it.”