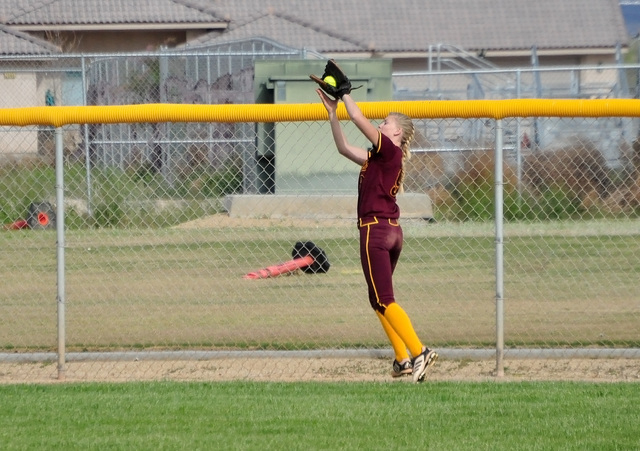 Do you remember those damn Yankees? They were the first team in baseball to offer the big salary. They came out and bought whole teams and annoyed the heck out of everyone. People said the playing field was upset and there was no balance in major league baseball.

This came to mind as I was writing about prep sports the other day and I thought of Faith Lutheran. If you look at the four sports they participated in this spring, they were Sunset League champs in baseball, softball, and women’s track and boys’ golf and in the fall they were state champions in football and volleyball.

Let’s talk facts. The school is the largest private school in Las Vegas and the largest Lutheran school in the United States. The current enrollment is about 1,476 students which is a bit bigger than Pahrump. It is even bigger than Bishop Gorman who has 1,164 students.

The Crusaders broke ground on a new $8.75 million athletic complex project in December. The sports complex will expand the Summerlin campus by 50 acres. The new complex will include a 1,150 seat gym, weight room, locker rooms, offices, concession stands and bathrooms. The goal is to have 2,700 students by 2021.

Our kids here in Pahrump must compete with that.

It really irks me that they beat us in every sport but girls’ soccer. Now, granted, our softball and baseball coaches have done a great job preparing our kids to play the Faith athletic monster, but really, Faith should not be in our league. They belong in the same league as Bishop Gorman.

In addition, public schools have limited budgets to draw from, where Faith and Gorman get huge donations to their programs and hire the best coaches money can buy. Faith Lutheran also has a junior high school attached to their high school, which means they start training youth in the sixth grade to play at a high school level.

How can any team compete? We can’t.

I had the pleasure of speaking to the Athletic Director of Faith Lutheran, Brett Walters, and he whined about Faith having a low enrollment and how they couldn’t compete in football with Bishop. Whah — the private schools just don’t belong in a league with public schools. I really don’t care if they have no one else to play. Faith needs to travel and go out of state if that is the case.

I am just get sick of these administrators and coaches in Las Vegas. We need some coaches in Division 1-A to stand up to the money. Quit whining about how they beat us in every sport and do something about it for the sake of our kids. Do we really need to wait two more years?

From the PVT in February 21: For the rest of the schools, there is no other option. The 1-A Division has a rubric which determines if a school stays or leaves. This is the case for Pahrump and eight other schools. (Donnie) Nelson said that if Pahrump Valley’s point totals ever exceeded the threshold and they were one of the top one or two schools then they would find themselves back in Division 1.

Coaches in the league know that Faith Lutheran is over that threshold by at least 3x the points, but despite what the coaches in Division 1-A are feeling about Faith Lutheran, the bottom line is Faith determined in February that they would stay in the 1-A for the next two years.

What person decided that was fair? Someone actually said it was OK for Faith to have a say in whether or not they stayed in 1-A? I really can’t believe that happened, but it did and now Faith will be in the 1-A for another two years.

In Division 1, teams have been frustrated with Bishop Gorman for some time. Ray Brewer of the Sun wrote about this for years. Pahrump was part of those years.

Brewer spoke in 2012 about Del Sol High School and how they celebrated winning the state football championship before they lost to Bishop Gorman that year in 2009. Their rationale was they had beaten all the public schools up to that point. They even went so far has to post signs at the school saying they were state champions.

This happened again with Hug High School in 2012. After their basketball team beat Green Valley at the Lawlor Event Center in Reno they sang “We are the Champions” after the game. They felt they had beaten the best public school and deserved to be the public school champion. They knew it would be nearly impossible to beat Gorman.

To this day, Division 1 schools in Las Vegas refuse to schedule non-league games with Bishop Gorman.

This could very well be the fate of Faith Lutheran in the 1-A.

The coaches should make a stand. Forfeit games, walk out, or just refuse to play their teams. If no one plays them, they will be forced to take their marbles and go somewhere else.

The private schools vs the public schools debate is not just here in Nevada, but is a nationwide controversy.

In Ohio the headline was “Ohio Could Excommunicate Catholic, Other Private High Schools From Public-School Competition” and in Michigan and Missouri the debate is also a hot topic. A Michigan organization stated: Private schools account for 15% of all schools while public Schools account for 85% of all schools in the State of Michigan. Across the board for all High School sports(male &Female), the less than 15% of private schools are winning on average up to 50% and more, in some sports, of MHSAA State Championships. (Michigan Public High School Hockey Association)

Division 1-A was set up to give schools a chance to regroup and get on their feet. It is a chance to play schools similar to them. How is Faith similar?

Why was that necessary and how does that even make sense? They are a private school. They have worn out their welcome and should leave, not in two years, but next season.