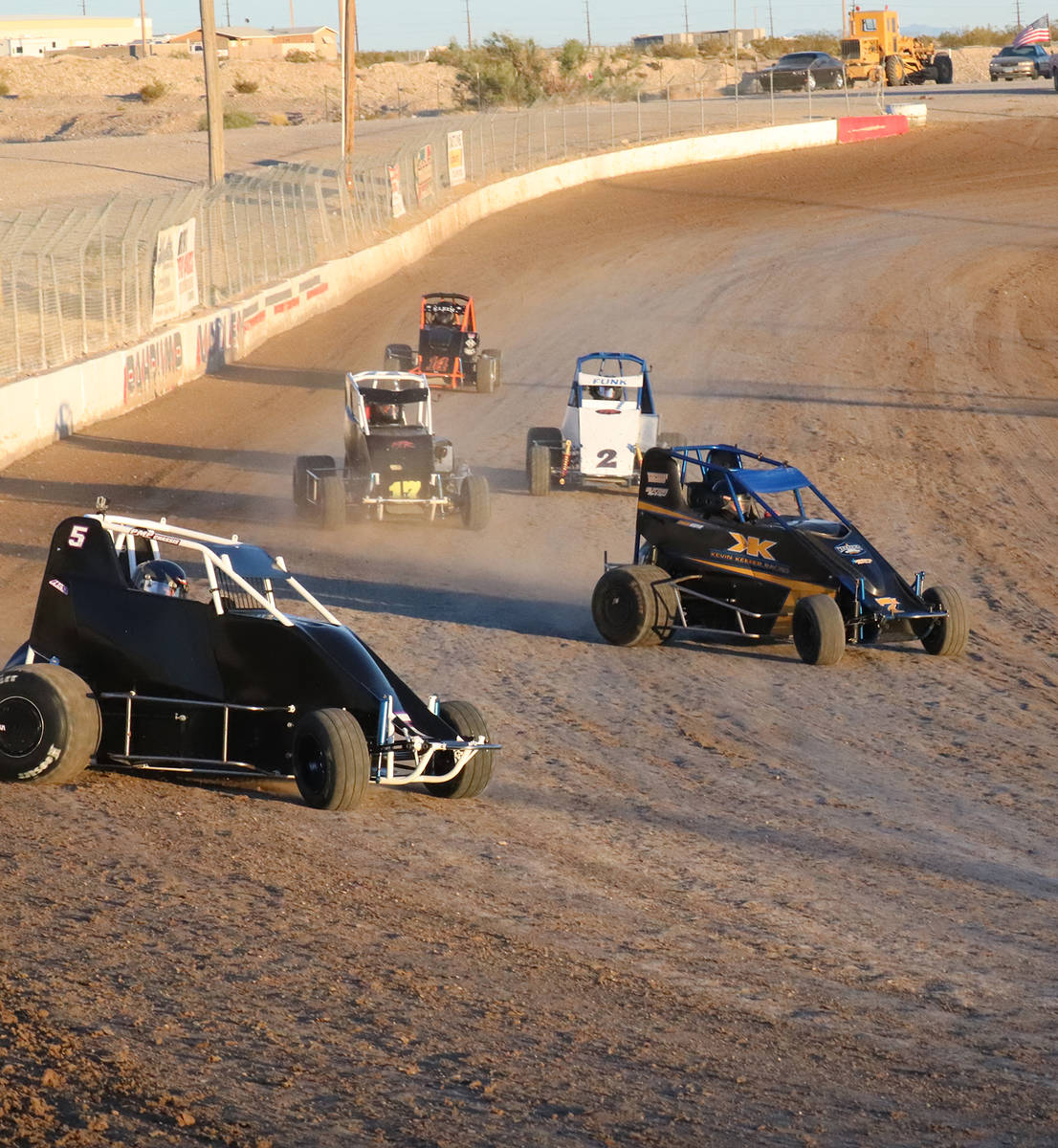 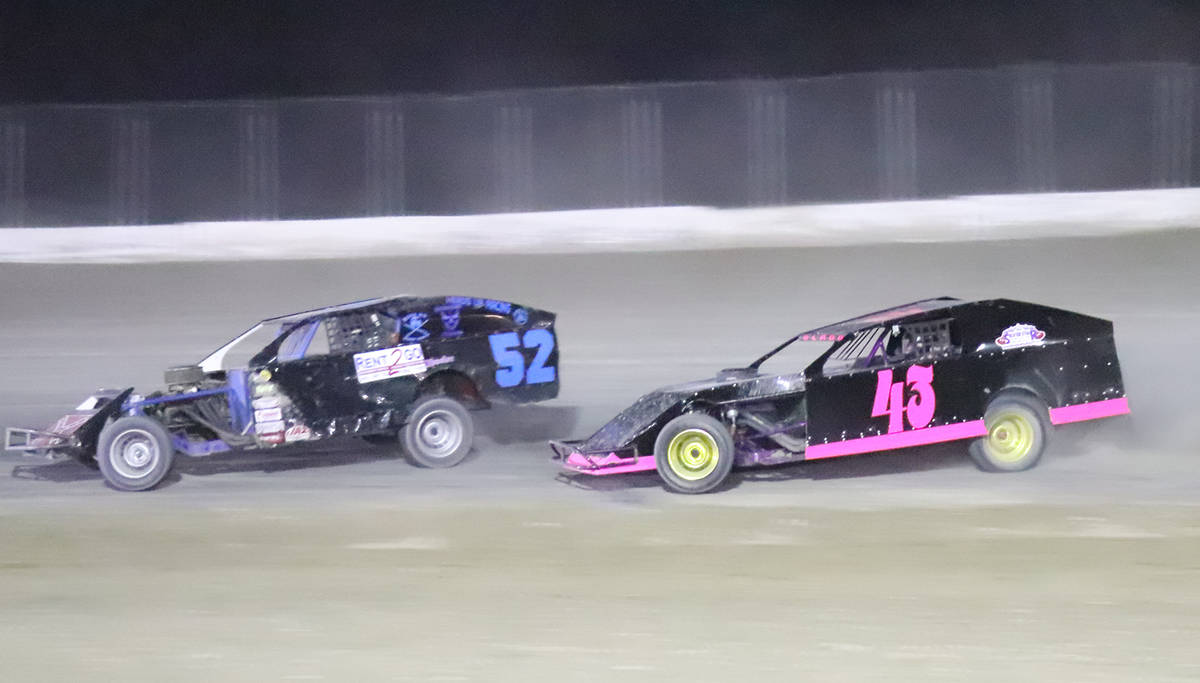 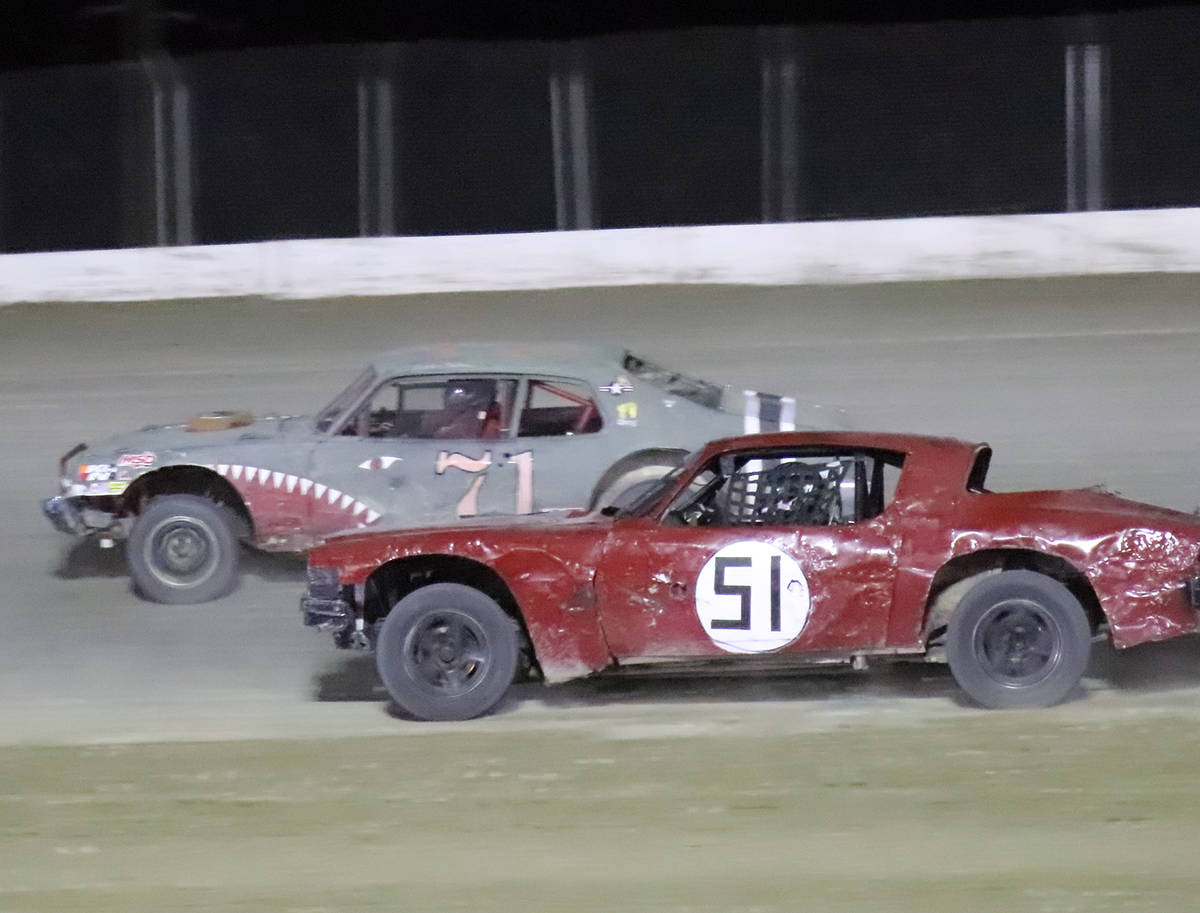 “Turnout was pretty good,” speedway owner Chad Broadhead said. “The driver turnout was also pretty good. We could have used some more cars.”

The track drew 55 cars for seven races, and Broadhead said most of the fans in attendance followed the COVID-19 safety guidelines.

“It was our first race since it was mandatory for everybody to wear a face mask,” Broadhead said. “We had a few people who security had to remind to put their masks on, and some just forgot to put it back up after they had a drink. If you’re not drinking or eating, you have to have the mask on.”

The track’s website had a message for patrons who handled the situation appropriately.

“Pahrump Valley Speedway would like to thank all of those who complied with our face mask and COVID-19 safety guidelines this past race,” read the message. “We know it is difficult in this heat and genuinely appreciate your positive response to our rules.”

The speedway canceled racing July 4, which would have been the first night of racing since face mask wearing became mandatory. Broadhead figured it might be useful to let people get used to wearing masks before asking them to do so while watching a night of racing.

As for that racing, some of the classes saw their standings race tighten up while others saw a bit of separation.

“Our Sport Mod class had turned out to be a really good class,” Broadhead said. “It’s very competitive. That makes it a pretty exciting race.”

Josh Stringer, making his third start of the season, captured the Sport Mod race, moving into the top 10 of the points standings in the process. Clifton King finished second, with Rafael Flores crossing in third.

Two Smothermans finished in the top four of the Mini Stock race, with RJ taking first and Dylin finishing fourth. They are running third and fourth in the points standings. Joe Rogers Jr. and Blake Albright finished second and third, respectively.

Chris Birdsong’s season debut in the Modifieds was a success, as he won that race with Rick Durica second and King third. Season points leader Jared Ward won the Hobby Stock class followed by Rory Bradley and Debbie Ward, while Darius Mann won the Super Stocks and Mark Daub captured the Coupe race.

The track will stay on schedule with a night of racing on Aug. 1. Keeping to the regular every-other-week slate of racing is especially important this season, as the pandemic-related restrictions will prevent Pahrump Valley Speedway from offering any other type of event this season, Broadhead said.

”We can’t have any concerts or any of that stuff — yet,” he said. “It’s hard enough with everybody separated. I do want to thank everybody who is coming out to help support the track. It does mean a lot to us. it’s been a time of real need for businesses, and it’s tight.”