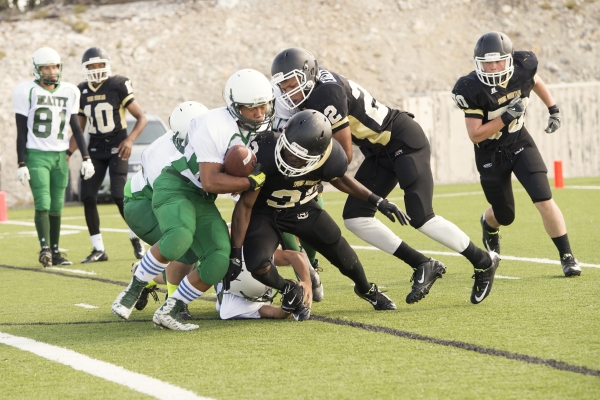 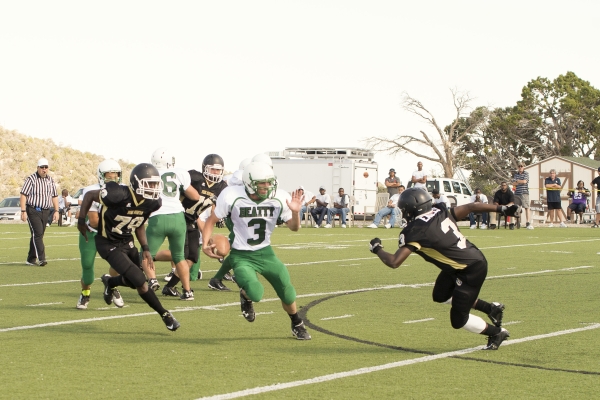 For the Beatty Hornets against Spring Mountain, nothing seemed to go right for the team as they lost their first conference game 66-8.

“We received the ball from them and they kicked an onside kick,” he said. “We couldn’t field the ball and they marched into the end zone in two plays. They did this three times in a row and scored all three times.They beat us physically and mentally.”

Beatty scored their only TD at the end of the first quarter when Jhonpaul Adujar scored on a fumble recovery.

From there it went from bad to worse for Beatty as their QB, Nick Zamora, could not complete a pass the whole game and the team lost all conference receiver Jacob Oseguera for the rest of the season with a hip injury.

The coach said his team will now turn its sights to a strong Eureka team this Friday at home in non-league action at 3:30 p.m.

“These guys are good at the pass and the run,” the coach said. “They have one receiver who has five TDs in two games and 191 yards.”

The Hornets then play Sandy Valley at home the following week at 3:30 p.m.