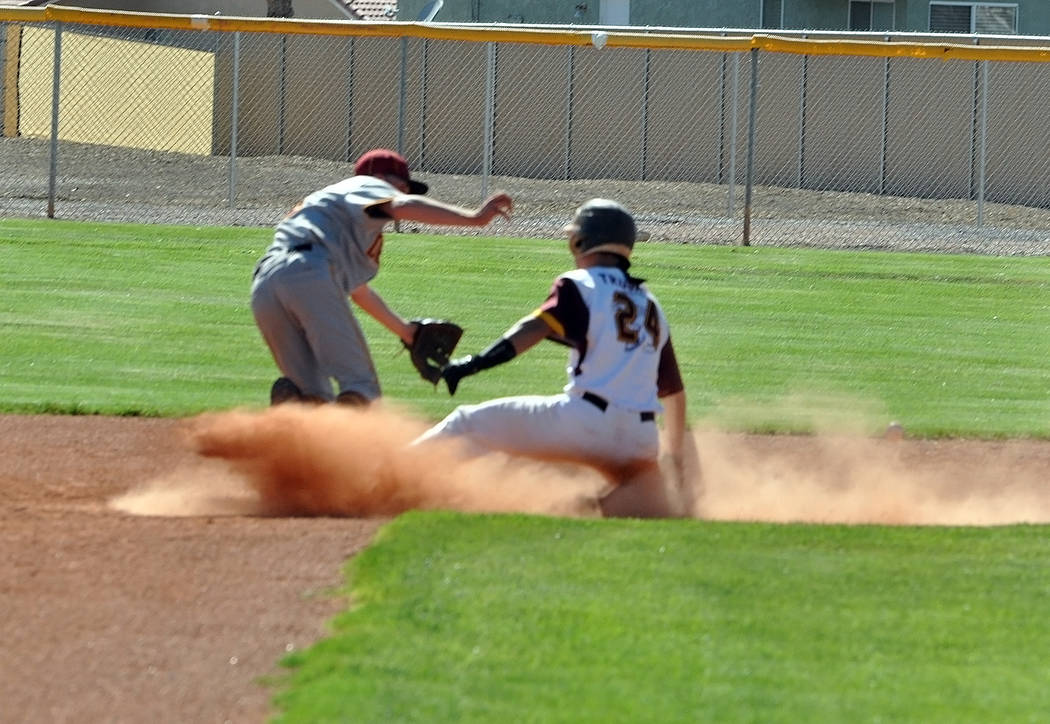 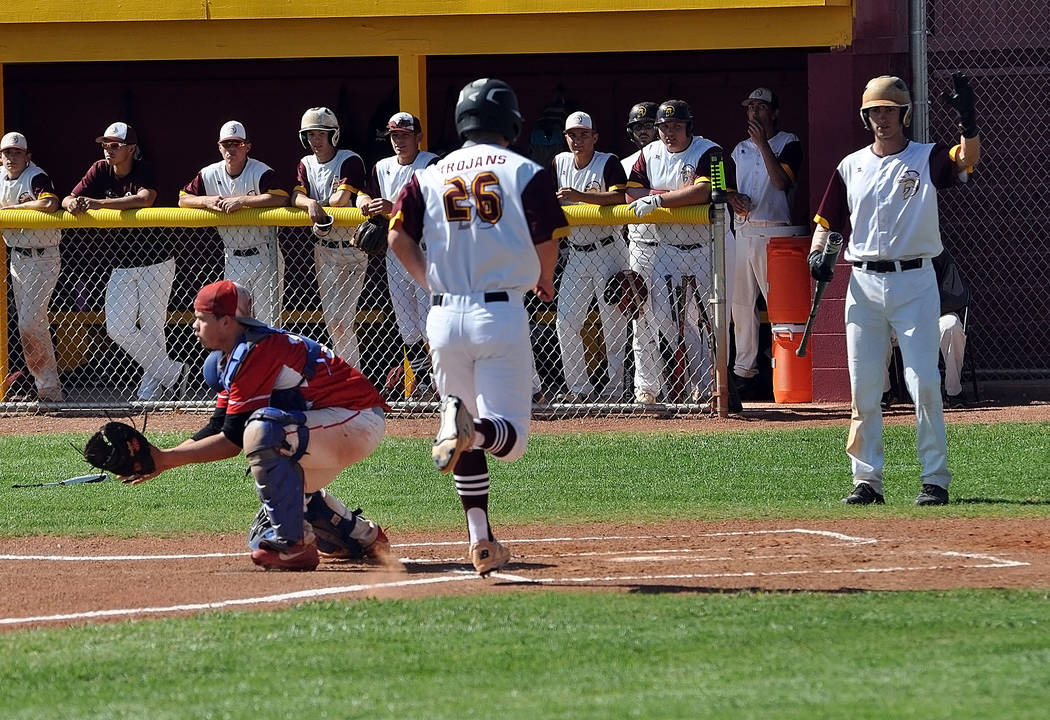 They set a program record with 26 victories. They posted their fifth winning season in the past six years and won their third consecutive Sunset League title, reaching the playoffs for the 14th time since 2000.

Yet, not returning to the Class 3A State Tournament rendered all of that insignificant in the eyes of the players and coaches, and the way they were eliminated didn’t help.

After winning two solid games to reach the losers’ bracket final of the region tournament, the Trojans surrendered 3 runs in the top of the seventh inning as Moapa Valley advanced with a 6-4 win last Friday. All of the good feeling generated by their accomplishments went up in smoke within a span of three outs.

“This was a tough season,” Pahrump Valley coach Brian Hayes said. “Although we had a lot of success in the win/loss column and individually, I think we are all disappointed in the final outcome of the season.

“Our coaches, players and parents all had the expectation of not only getting to state but bringing that first state championship to the PVHS baseball program. We have put a lot of blood, sweat and tears into this program over the past several seasons, and this was and still is a hard pill to swallow.”

Making it even harder is the knowledge that this was a special team, able to hit, pitch and field at a high level, with a nice blend of experience throughout the lineup and younger players on the mound.

“Sitting at the all-conference meetings and putting our kids’ statistics up against others, some of our players had video game-like numbers,” Hayes said. “Willie Lucas, Joey Koenig, Chase McDaniel, Jalen Denton, Tyler Floyd and Reace Millette all had great offensive seasons.

“Jake Riding, Cyle Havel, Jalen Denton, Zack Cuellar, Roman Roberts and Joey Koenig put up some of the best numbers we have ever had as a pitching staff. Defensively, we were solid everywhere.”

McDaniel led the Trojans with a .487 batting average and 55 hits, Lucas paced the team with 37 RBIs, Lucas and McDaniel each hit 13 doubles, while Denton ripped 6 triples. Denton and Koenig shared the team lead in walks with 21, with Denton recording a .569 on-base percentage and leading the team in slugging at .698. Koenig also led the team with 17 steals, while Millette was a perfect 12 for 12 in that department.

Five Trojans — Denton, Floyd, Koenig, Zach Trieb and McDaniel — topped .500 in on-base percentage, with McDaniel, Floyd, Denton, Millette and Koenig all hitting over .400. It was a lineup that averaged 8.3 runs per game.

On the mound, Riding and Havel each posted 6 wins, while Koenig totaled 4 saves. Havel struck out 49 batters in 44 2/3 innings, while Riding pitched to a 1.31 ERA in 7 starts while holding foes to a .154 batting average. Looking ahead, of 208 innings pitched by the Trojans staff, only 43 were pitched by seniors.

“At the beginning of the season, we talked to our seniors about improving from junior to senior year,” Hayes said. “Most of our seniors put up far better numbers than they did their junior year. Honestly, it was tough to sit at those meetings and wonder what could have been.”

While the Trojans will lose Floyd, Millette, Koenig, Lucas, Trieb, Dylan Grossell, Nico Velazquez and David Woodward to graduation, expectations won’t drop all that much. Pahrump Valley baseball is a program, not a team, and Hayes is confident the program is on the right path.

“We talk to the boys about being Trojans, not only on the baseball field but in life,” he explained. “Being Trojans means being Trustworthy, Resilient, getting One percent better, being Job-oriented, Appreciation for others, No excuses and being Selfless. We have some kids that lived that creed and others that are still trying to get there.

“At the end of the day, that is what is most important in our program, and we would rather have these kids have failures with these things on the baseball field rather than in the real world. I truly believe that if we can get all of our guys to buy into our Trojans Creed, that’s what will bring us that state championship title.”