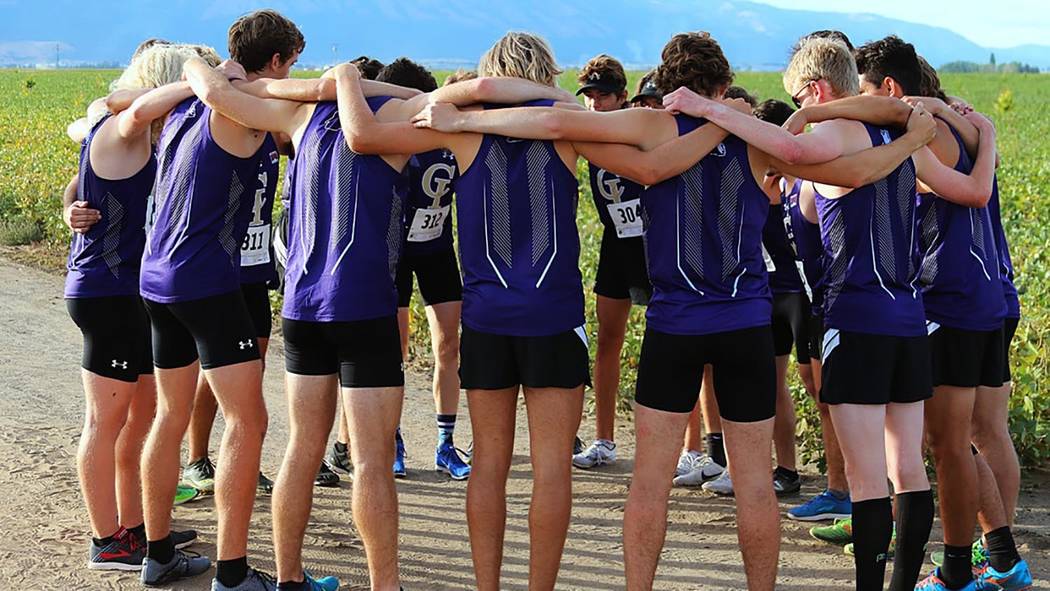 Special to the Pahrump Valley Times The College of Idaho men's cross country team is ranked fifth in the nation in the most recent poll and could move up after finishing ahead of No. 2 Southern Oregon at the Capital Cross Challenge in Sacramento, California. 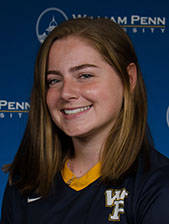 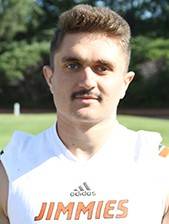 Odegard, a 2018 Pahrump Valley High School graduate, was the third of five scoring runners for the Yotes, who finished ahead of nine NCAA Division I teams. The only teams to finish ahead of the Yotes were four top-15 teams in Division II, a top-five Division III team and Division I powers Cal Poly and California.

College of Idaho also finished ahead of rival Southern Oregon, a fellow Cascade Conference member ranked second in the most recent NAIA poll. Southern Oregon holds the longest consecutive streak of poll appearances at 101 and has been ranked No. 1 a record 43 times. But the Yotes finished 13 places and almost 300 points better than the Raiders.

In his first meet this season, Odegard finished ninth among 40 runners at the Eastern Oregon Open on Sept. 13 in La Grande, Oregon.

Milk back on field for Jimmies

After playing three games for the University of Jamestown football team in 2017 and six games in 2018, TJ Milk, Pahrump Valley Class of 2016, was ready to be a regular starter this season.

But just three games into the season, the redshirt junior was injured during a 38-21 loss Sept. 14 at Hastings College.

“I ended up getting a concussion against Hastings College the week prior to the Dordt game, so I was sidelined for that game,” Milk said. “However, I’ll be active going forward providing nothing else happens.”

Milk played Saturday at Northwestern College in Iowa. He started at free safety and made 3 tackles during Jamestown’s 45-6 loss.

Through five games Milk has 22 tackles, 15 solo and 2 for losses.

Niles a fixture for Statesme

Kathy Niles, another 2018 graduate of Pahrump Valley High School, has been a mainstay for the William Penn University women’s soccer team.

Last year, Niles played in all 19 games, starting 16, as the Statesmen went 8-10-1, 3-8 in the Heart of America Athletic Conference. Although her job is defense, she recorded 2 shots, one on goal.

William Penn is 4-6, 0-4 in the HAAC. Niles recorded her first career point against Hannibal-LaGrange on Sept. 10 in Hannibal, Missouri, posting an assist during the Statesmen’s 7-0 rout.

Sophomore Vaniah Vitto, a 2018 Pahrump Valley graduate, has appeared in three games for the Adams State University women’s soccer team. The Grizzlies (2-4, 0-3 Rocky Mountain Athletic Conference) will look for their first conference win Friday against Colorado Christian. … Redshirt freshman Morgan White, Pahrump Valley Class of 2018, is looking to get on the field for the first time as a long snapper for Winona State. The Warriors are 2-2. … Ottawa University Arizona is off to a 4-0 start, and Pahrump Valley 2019 graduate Zach Trieb, a 6-foot, 300-pound lineman, played in an opening 48-7 win over Doane and in an 80-21 romp over Wayland Baptist on Saturday.

Know of a former Nye County high school athlete playing in college? Email trysinski@pvtimes.com with the name, school and sport.