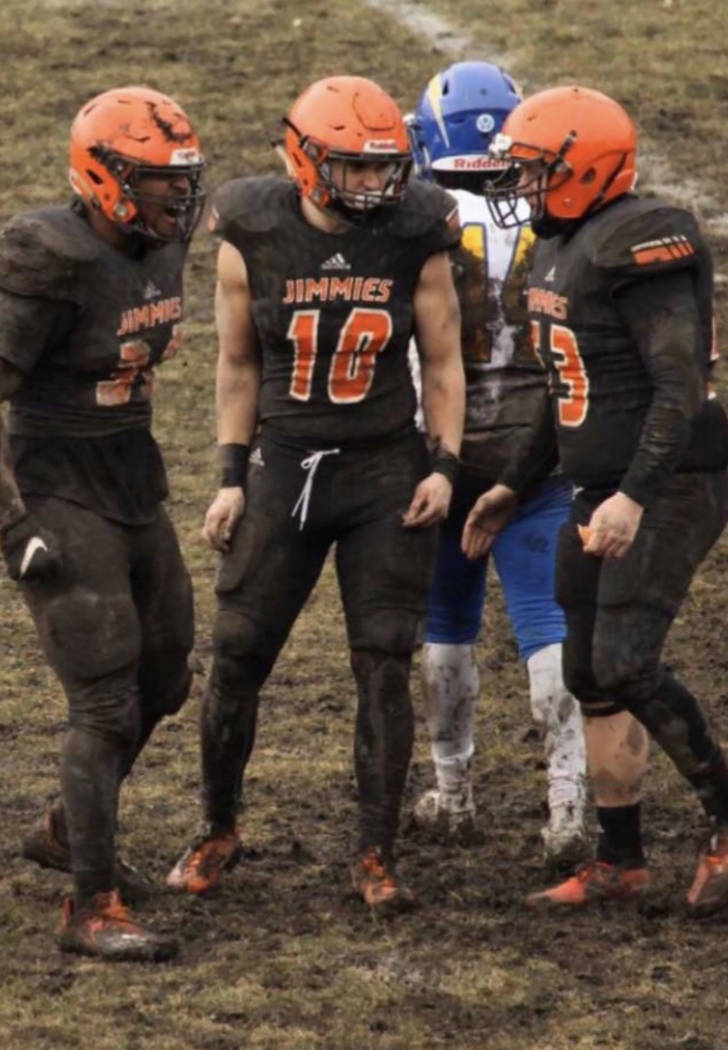 Special to the Pahrump Valley Times TJ Milk (10) made 7 tackles during a season-ending 31-10 win over Briar Cliff on Nov. 16 in Jamestown, North Dakota. 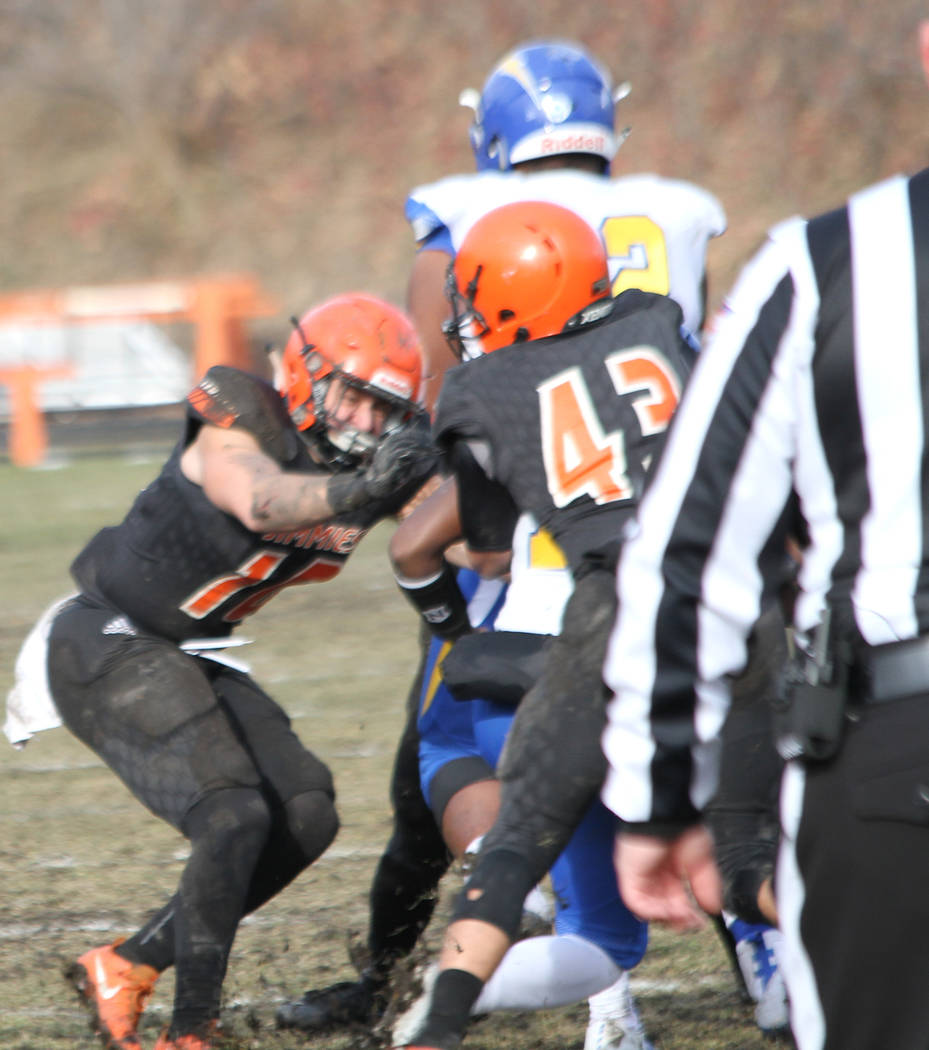 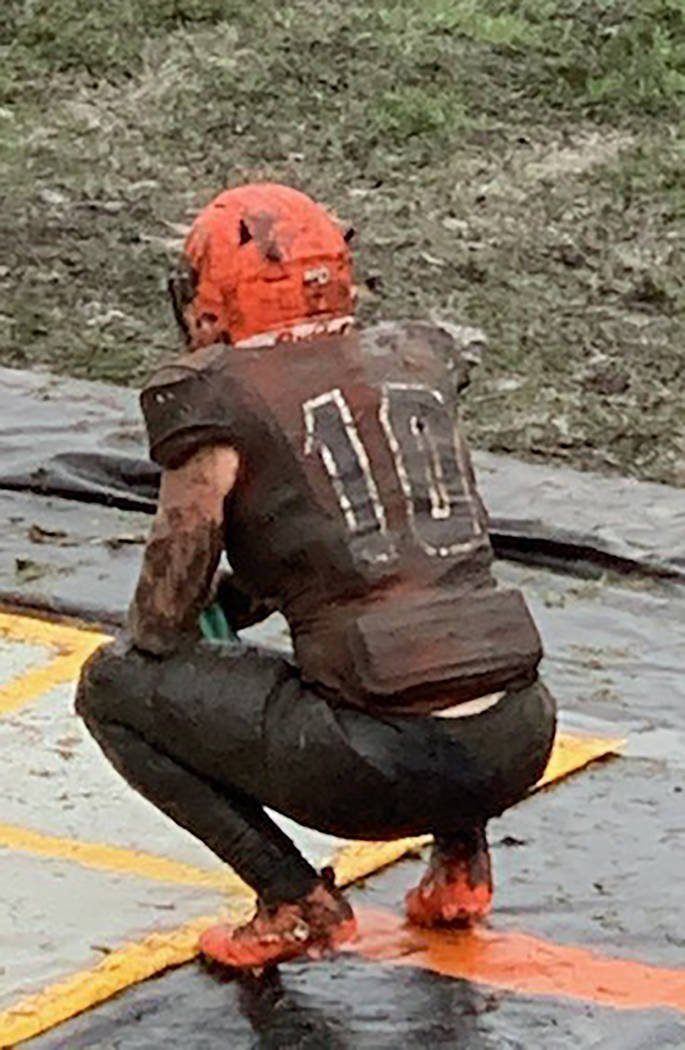 Special to the Pahrump Valley Times TJ Milk, Pahrump Valley High School Class of 2016, surveys the field during what would be his final football game for the University of Jamestown on Nov. 16 in Jamestown, North Dakota. 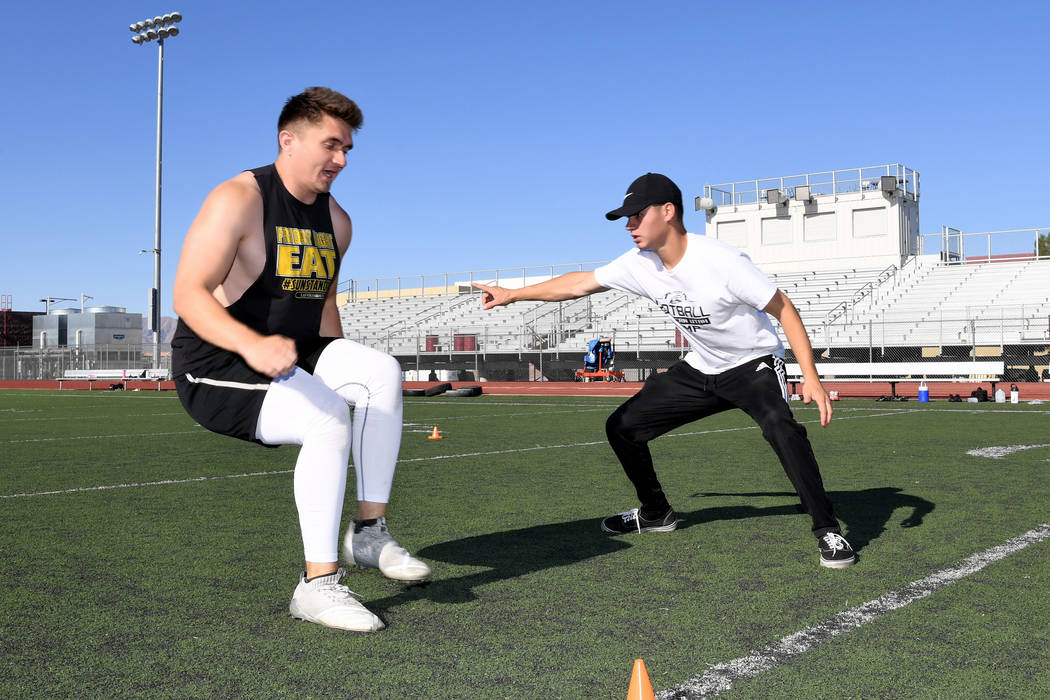 Editor’s note: This is one in an ongoing series catching up with former high school athletes in Nye County.

Football has been good to TJ Milk, but he believes when it’s time to move on, you move on.

So, despite having a year of eligibility left at the University of Jamestown in North Dakota, Milk plans to graduate on time and begin law school next fall.

“It’s time for me to move on, as sad as that is,” Milk said after a redshirt junior season that saw the Jimmies go 2-9.

Milk became a starter in the defensive backfield this season and played in 10 of 11 games. He was in on 48 tackles, fifth on the team, and shared the team lead in solo tackles with 32.

“I missed one game because of a concussion,” Milk said. “But as of right now, I’m fine.”

The past four years were not the best of times to be part of Jamestown football. The Jimmies posted records of 0-11, 0-11 and 3-8 before this year’s 2-9, and the program changed coaches after the 2018 season, bringing in Class of 2009 alumnus Brian Mistro.

“This year and the past couple of years we’ve been in the midst of losing seasons, and it’s hard to change the culture around once you get stuck in that rut,” Milk said. “But I think we grew a lot as a team during the season, and a lot of the games we lost were close games, and from our point of view we should have won those games.”

Jamestown finished 2-7, tied for eighth in the 10-team Great Plains Athletic Conference, which featured two teams ranked in the top 10 nationally, including two-time National Association for Intercollegiate Athletics champion Morningside. That second win was one Milk and his teammates will not soon forget, as Briar Cliff came to Jamestown on the Jimmies’ Senior Day.

A team that had won only four games during Milk’s four seasons defeated the Chargers for the second consecutive year, pulling away with 17 fourth-quarter points. Milk was Jamestown’s second-leading tackler with seven as the Jimmies ended the season with a win for the first time since 2015, 31-10.

“It was awesome,” Milk said. “Anyone who’s been around us would say that’s the best game we’ve played. It kind of made everything that much more special. You’re going to miss that feeling of being around your teammates.”

Before the season, Milk, who had redshirted his freshman year, planned to graduate on time and head for law school next fall. Nothing that happened during the season changed that plan.

“I think I always had the idea that I wanted to go to law school, but there were times I realized how much I was going to miss it,” Milk said. “But I always stuck to the idea of moving on and getting law school started.”

Mistro, who said over the summer he wished he had a roster full of TJ Milks, had no illusions about Milk sticking around Jamestown and using his final year of football eligibility.

“I always knew that TJ was on the four-year plan and planned to graduate,” Mistro said. “We give those guys the option to continue to play or graduate and move on to the next step. He wanted to graduate, and I supported it. I don’t think anyone tried to talk him out of it or anything. He is a very driven young man and knows what he wants.”

And what he wants is to come home and attend law school at the University of Nevada, Las Vegas. Milk figures to know in January if that lies in his future.

Although Milk is ready to move on from Jamestown, and knew all season that he would be, his commitment to the Jimmies lasted right until he was finished playing.

“Personally, since this was the first season starting, I think from the beginning of the season I made s lot of improvements,” Milk said. “It comes with experience and how comfortable you feel. As the season progressed, I felt way better, in practice and in games. My grasp of everything was so much better.

“By the end of the season, I felt great, which was another reason why it was hard to let it go. I felt like I came so far, and that made it tougher.”

But the high school quarterback who left Pahrump weighing 150 pounds, redshirted his freshman year to work out and grow as an athlete and played defensive back at 205-210 pounds for his final season at Jamestown is focused on getting on with his life. It’s simply time for law school, with or without a year of eligibility left.

But don’t think a part of him won’t stay in Jamestown, and Milk points to the two wins the Jimmies posted this season as his best collegiate memories.

“The homecoming game against Concordia was pretty special,” he said. “We hadn’t won a game yet, and homecoming has a buzz around it, and on top of that, the game went into four overtimes. That was special.

“And of course winning on Senior Day was pretty special.”

Mistro thinks Milk is pretty special as well, and he expects good things ahead for the now-former college football player.

“I believe that no matter what he does he is going to be successful, there is no doubt about that,” Mistro said. “Law school or whatever he chooses.”