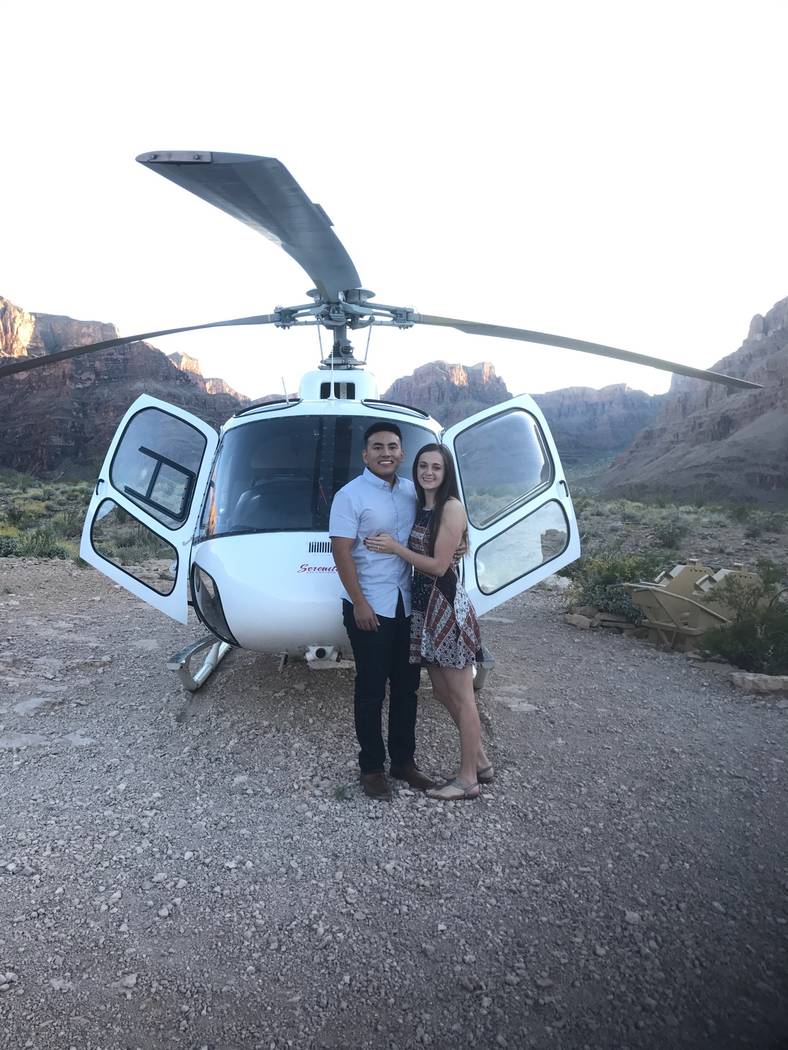 Special to the Pahrump Valley Times Hilario Alcaraz and Kaitlyn Klem pose for an engagement photo in front of the helicopter that flew them to the Grand Canyon, where Alcaraz proposed. 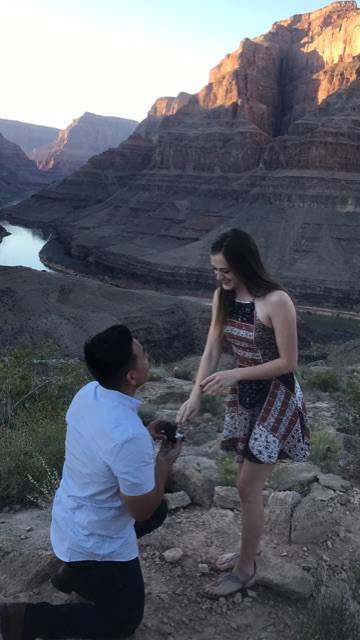 Special to the Pahrump Valley Times Will you marry me … On his knee, Hilario Alcaraz asked Kaitlyn Klem to marry him on April 30 after flying her to the Grand Canyon.

Wedding bells will be ringing in Pahrump as Hilario Alcaraz and Kaitlyn Klem announce wedding plans.

Alcaraz proposed to Klem at the Grand Canyon on April 30 and the wedding will be in March of next year.

Klem just graduated from Grand Canyon University with a Bachelor of Science in nursing.

Alcaraz graduated in 2012 from the same university with a Bachelor of Science in exercise science.

The couple will be living in Las Vegas.