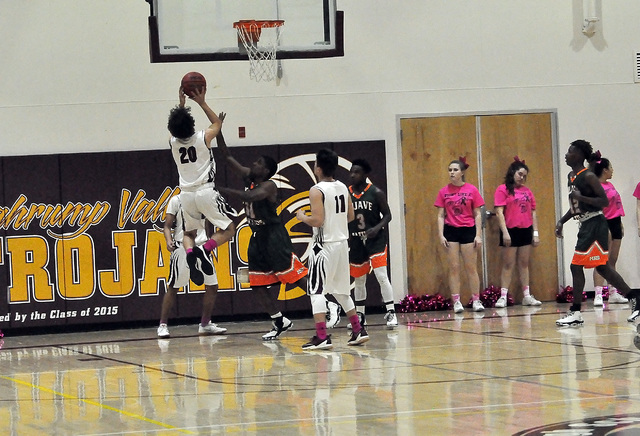 David Sidhu is seen scoring against Mojave on Monday. Sidhu fouled out of the game in the fourth quarter, which didn’t help the Trojans offensively. Horace Langford Jr. / Pahrump Valley Times 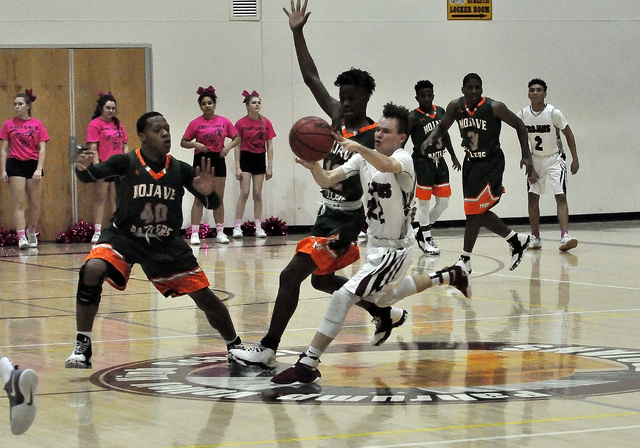 For the second time in two games, the Trojans boys lost a game due to foul trouble. They lost Friday’s to Boulder City because key shooters fouled out, and Monday’s game aginst Mojave was similar.

The game was close. At the half, the Rattlers led 41-35 and by the end of the third quarter the Trojans were still within six points, 54-48.

Pahrump had three scorers in the double digits. Parker Hart led the team with 18, Antonio Fortin had 13 and David Sidhu had 10.

But in the fourth quarter, two of the Trojans’ leading scorers, Fortin and Sidhu, fouled out of the game. The loss of those players made it hard for the Trojans to stay close and in the final couple of minutes, Mojave had built up a 10-point lead.

Were the Trojans being too aggressive?

“Being overly aggressive is exactly what we asked them to be,” Toomer said. “It was not our fault the officials only seem to see what we are doing and not notice the other team fouling us. The boys are working very hard and I am proud of the effort they are giving. We are doing our best to compete with the better athletes that only play basketball while we are more well-rounded athletes, playing multiple sports.”