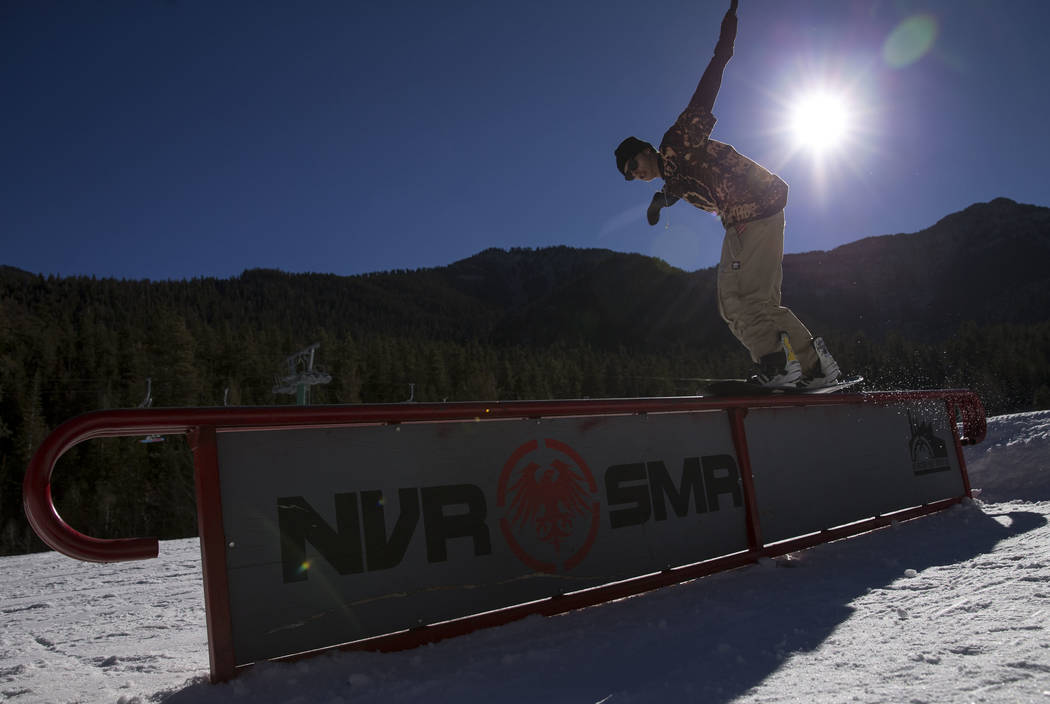 Richard Brian/Las Vegas Review-Journal A snowboarder hits a rail on the bunny hill at Lee Canyon in December. The third annual Ruby Cup is set for Saturday at the resort. The all-ages event will also feature live music and a vendor fair. 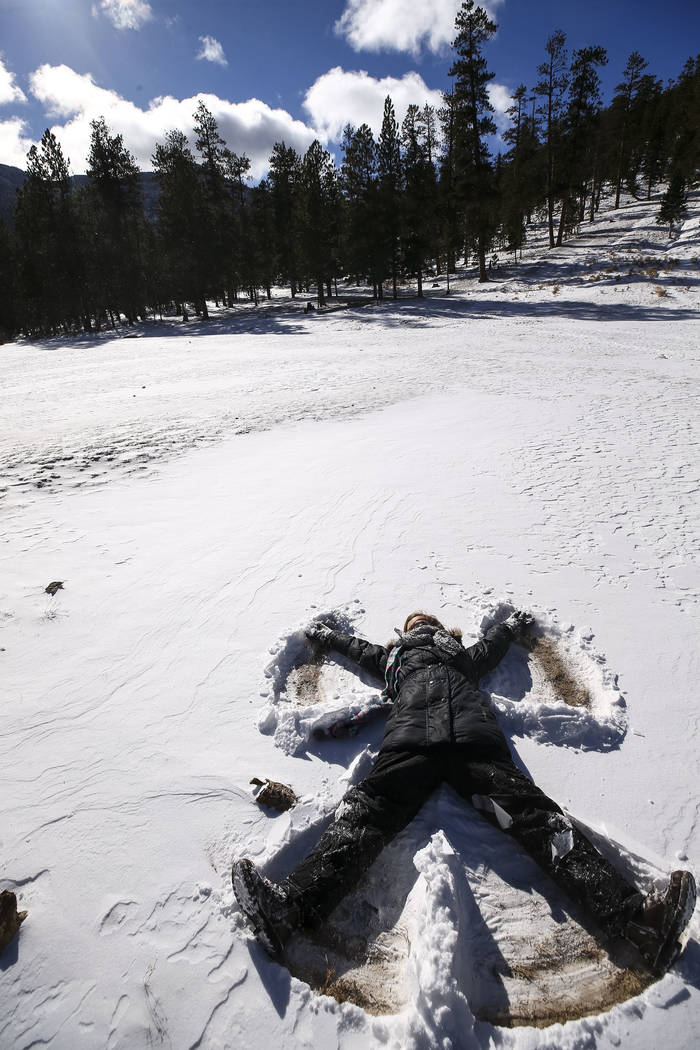 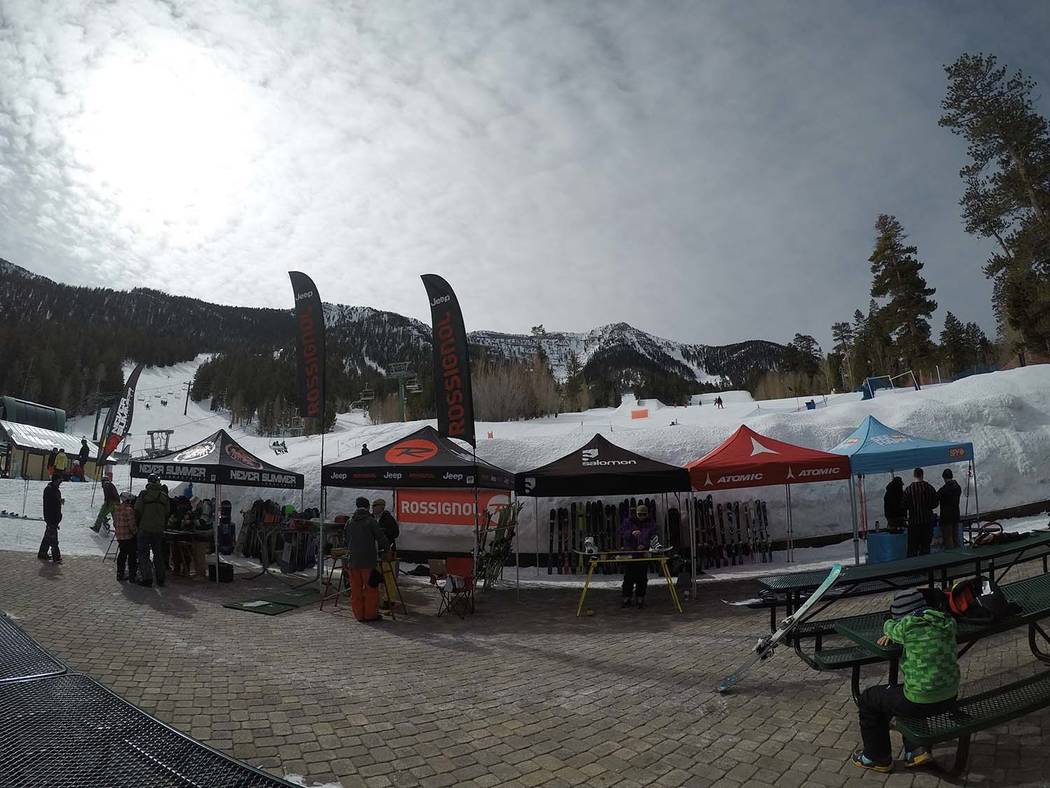 Lee Canyon A look at the scene at the 2017 Ruby Cup at Lee Canyon as shown in a file photo. This year's event is Saturday. The Ruby Cup is from 11 a.m. to 2:30 p.m. and is open to skiers and snowboarders of all ability levels.

With fresh snow arriving this week, Lee Canyon is set to host the third annual Ruby Cup on Saturday.

The race benefits the Nevada Donor Network, a nonprofit that coordinates, recovers, and allocates lifesaving organs and tissues for Nevada transplant patients.

The all-ages event will also feature live music and a vendor fair.

Because of the lack of snow this season, the resort as of early this week had opened two of its 24 trails this season and closed one of the three scenic chairlifts, the resort confirmed to the Pahrump Valley Times this week. Artificial snow was being made, using a 10-million-gallon reservoir and Ruby Cup activities were continuing as planned. The information on ski resort conditions was first reported by The View neighborhood newspaper of Las Vegas.

By Tuesday morning of this week when snow fell, 2-3 inches was reported at the base with 6-plus inches in another location at Lee Canyon. “Continued snow throughout the day with the potential of 7 to 11 inches,” the resort said in a Facebook post.

Registration for the Ruby Cup is available at the event until 2 p.m. Saturday. The entry fee is $20, and all proceeds go to the Nevada Donor Network, who will be on site collecting additional monetary donations during the event.

Registered organ donors with Nevada Donor Network race for free and Lee Canyon will make a $20 donation for every donor who participates. Racers are invited to complete multiple runs as they compete for prizes that include a 2018-19 Battle Born season pass.

The winner of the Ruby Cup will receive a 2018-19 all-access season pass.

The race also honors the life and memory of Chris Ruby, a 20-year-old Las Vegas resident and snowboarder who passed away in 2014.

“Registering to be an organ donor with the Nevada Donor Network is easy and this selfless act can offer so much for local patients,” said Jim Seely, Lee Canyon’s marketing director. “The annual Ruby Cup helps the local snow sports community honor Chris’ memory and recognize the life-changing gifts he gave as a donor.”

Lee Canyon was recognized as the 2017 Community Champion at the Nevada Donor Network’s awards gala on Oct. 14.