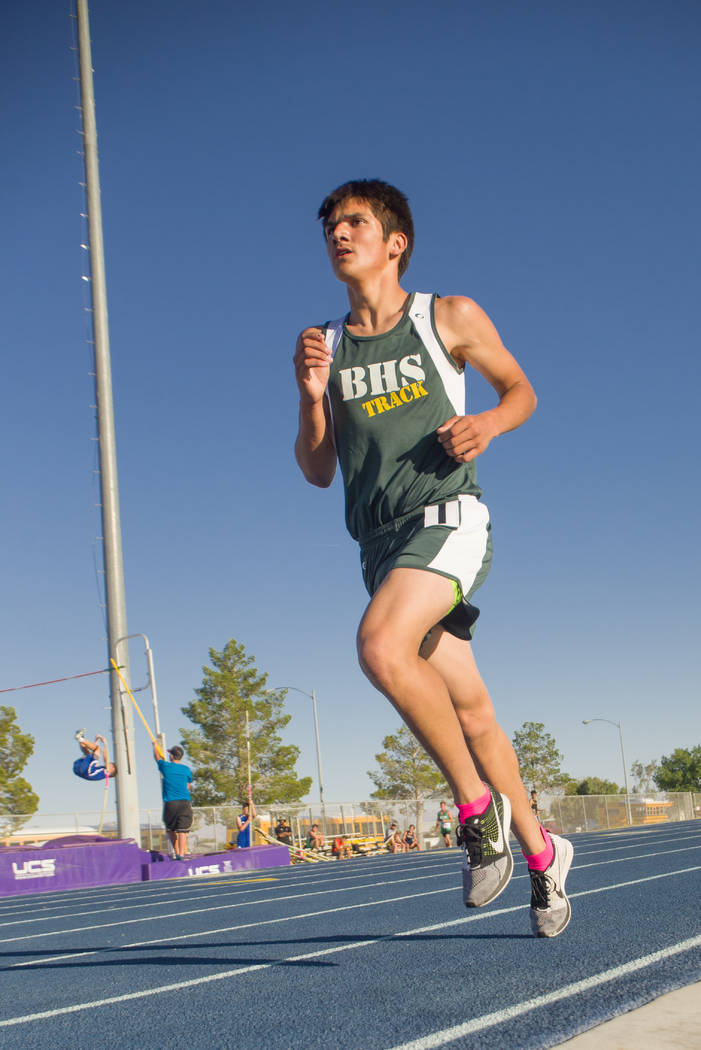 Skylar Stephens/Special to the Pahrump Valley Times Jose Granados is seen running at the regional competition where he easily won the 1,600 and the 3,200-meter run.

The Beatty Hornets track team held their own against the competition at the Class 1A Nevada Track and Field Championships at Foothill High School in Henderson, taking fifth place out of 18 teams. First place was taken by Spring Mountain (192); second, Sierra Lutheran (121); third, Excel Christian (67); and fourth, Whittell (57).

As a freshman, Granados took on sophomore Jared Marchegger of Sierra Lutheran in the 1,600. Granados had the second best time going into this meet, 4:53. Marchegger took the lead after the first lap, and then was challenged by Granados in the beginning of the last lap where Granados made his push and took the lead for the first time.

That was short-lived as Granados ran out of gas on the last turn and Marchegger poured it on to take first place (4:43.10). With Marchegger being only a sophomore, these two runners will battle again. Granados was six seconds better than his regional time.

The Lady Hornets finished at state in eighth place (37) out of 16 teams. Sierra Lutheran took first place (144), Wells was second (83) and Tonopah was tied for third (77) with Eureka.

The girls had one relay team medal in the 4×200, and took third (2:02.43). The team was composed of Vanessa Gamboa, Gutierrez, Gil and Claudia Granados.