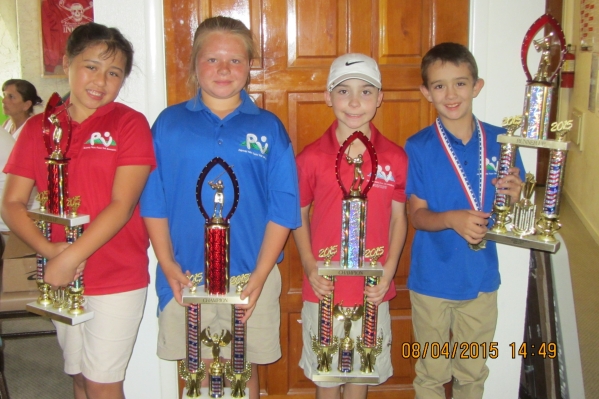 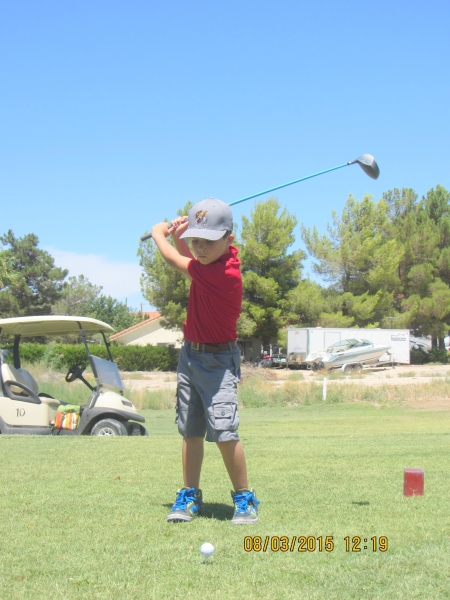 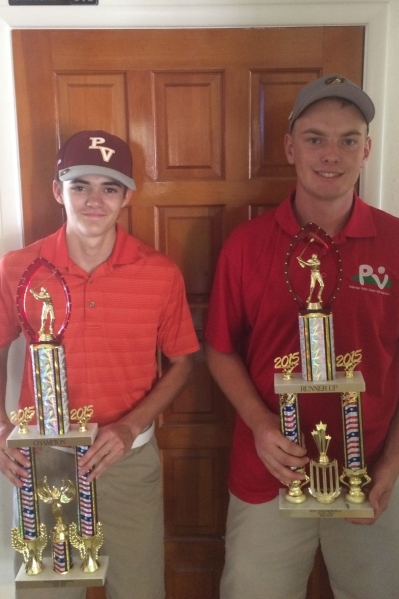 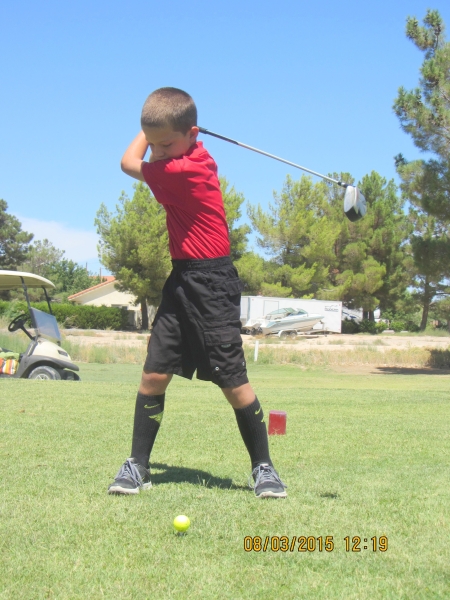 Pahrump Valley Junior Golf Association wrapped up the summer season with the Gene Goins Memorial Tournament, which was a two-day affair from Aug. 3 to 4. About 22 golfers participated at the tournament at the Lake View Executive Golf Course.

The winner of the Girls 7-8 Division was Shayda Three Stars, who carded a 109.

Carter Nygaard carded an 82 to win the Boys 7-8 Division and Kaden Briscoe came in second (86).

Tournament organizer of Pahrump Valley Junior Golf, Frank Cox, said all the boys and girls who took part in Junior Golf during the summer showed improvement.

“The kids learned discipline and had fun,” he said.