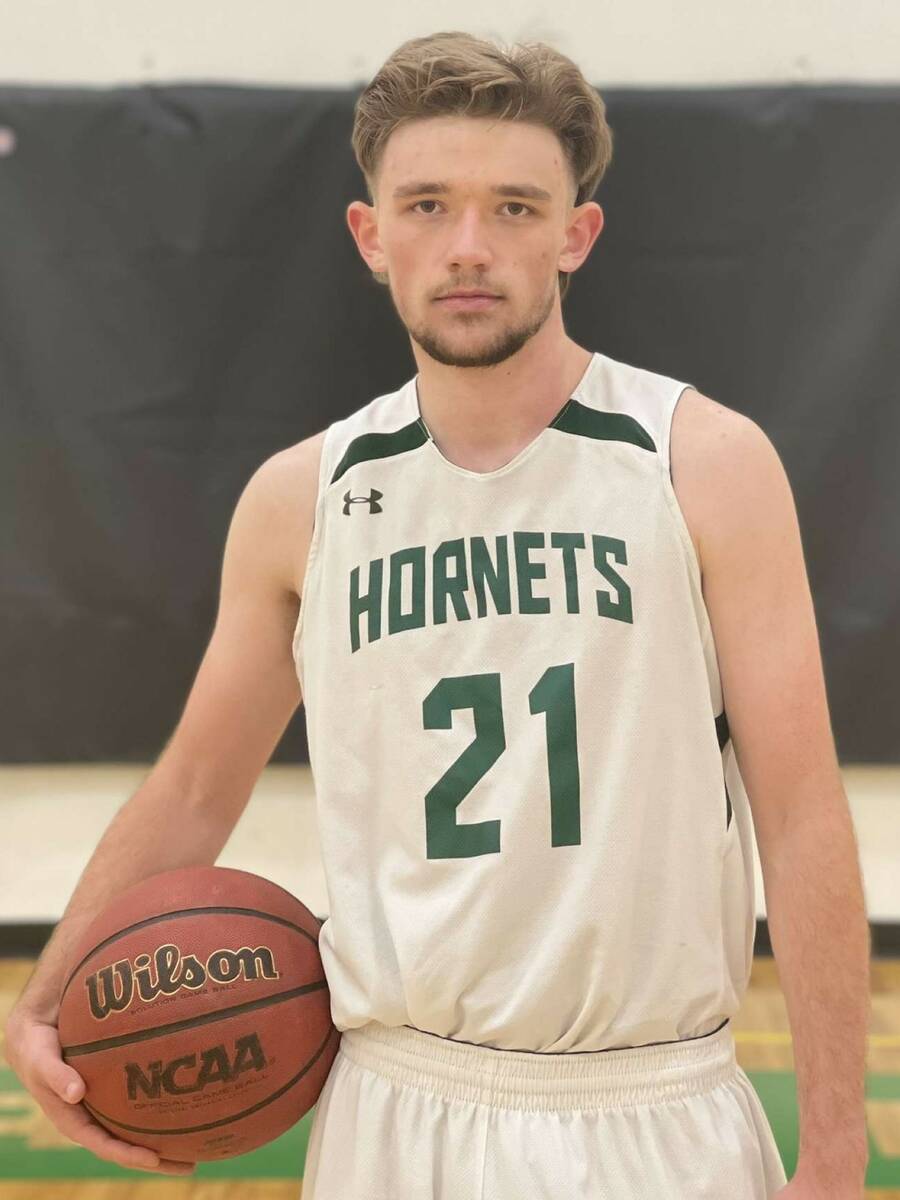 From a small town, to a big city — then back to a small town — Beatty High School senior Darren Stephenson has moved around a few times.

Stephenson was born in Las Vegas but his parents relocated to Beatty shortly after he was born. He lived there until he was about four years old, then his family bounced back to North Las Vegas.

Just before Stephenson’s eighth-grade year, his family moved back to Beatty, where he currently lives and is finishing out his high school years.

“I was so young that it didn’t really feel like too big of a difference,” Stephenson said of moving from Beatty to Las Vegas. “Most of the culture shock was more so being away from family because I have a lot of family here (in Beatty). It was just that distance, that separation that really kind of twisted me a little. I think I had a bigger difference when I came back here versus when I went to Vegas.”

Stephenson said some of the biggest things he had to get used to about moving from a 24-hour city back to Beatty was the availability of services. Some include the ease of getting groceries and meeting people at the parks around town.

However, Stephenson did say that some things, such as relationships he has built in Beatty can’t be traded for anything.

His friendships are a lot deeper because of the closeness of the community. He likes to know people rather than to just know of them.

Stephenson was first introduced to the game of basketball when he saw a group of older people playing one day at the park. His first thought was, “Oh, that looks like fun.”

Then once he started to gain more interest and began playing, Stephenson’s father began coaching him and helping him get better.

His father played basketball from an early age all the way up through high school.

Stephenson first made the varsity basketball team at Beatty High School when he was a sophomore. He mentioned that even though he had confidence in his playing abilities, he wasn’t aware of the level he was able to play at.

“I was like, ‘OK, I have a bunch of these older guys with me. I just want to take this opportunity to learn as much as I can from them while they’re here,’” Stephenson said of being on varsity as a sophomore. “I ended up, in my opinion, selling myself short. I think I took the backseat a lot of times when I needed to just be more aggressive or do something to just attack.”

One thing Stephenson said that he learned during the season was that there are times throughout the game where it’s OK for players to be selfish and take shots. He doesn’t always need to instantly look to pass the ball to a teammate.

In his senior year, Stephenson is the leading scorer for the Hornets, averaging 19 points per game. Beatty head coach Miguel Mendoza says that Stephenson is the top player and one of the leaders on his team this year.

“It gives me a great sense of pride, but it also stresses me out sometimes,” Stephenson said. “I really want to pass down things to the young guys and since it’s my last year, I’m giving it everything I have. It’s scary how quick it goes by.”

Stephenson says that he sees a lot of potential in his teammates, especially the younger ones. He wants to see them get better and play better as they mature.

Stephenson and coach Mendoza have a great relationship, both on and off the court. Stephenson likes that his coach is willing to call out players for making mistakes and that he pushes his players to their limits because those things are what make his teammates get better each and every day.

“He checks up on all of his players,” Stephenson said of Mendoza’s relationship with his players. “He’s always making sure to touch bases with all of his players, which is something that I feel like not a lot of coaches have. I like that ‘family’ feel rather than the ‘player and coach’ feel.”

Stephenson says that his biggest improvement since first being on varsity up to this point is his ball handling ability. He mentioned that when he would try to dribble during games two years ago, his handling of the ball was lacking a lot and opposing players were able to steal the ball from him very easily.

He says that he’s almost grateful for the season being canceled last year due to the pandemic because it gave him an entire year to work on his game and improve in areas where he was lacking.

The Hornets are currently 5-1 on the season and in the midst of a five-game winning streak.

Stephenson isn’t worried about the team’s conditioning or playing ability because coach Mendoza held open gyms throughout their break.

He said the biggest challenge going forward is going to be the team chemistry.

In his free time, Stephenson enjoys playing video games. His favorite genres are sports and first-person shooters, specifically NBA2K and Call of Duty. He also enjoys hanging out with his family and hearing stories from his grandfather, especially his fishing trips from around the country.

Stephenson is still trying to figure out what he wants to do after graduating high school. He’s weighing various options for his life, including going into the military or possibly going to work with his grandparents at their business.

Stephenson is very grateful for the players on his team, saying that everyone on the team treats each other like family.

The Beatty boys basketball team will return to action this Friday, Jan. 7, against a Pahranagat Valley team that is considered one of the top teams in the 1A division in Nevada. Tipoff is scheduled for 7:30 p.m.