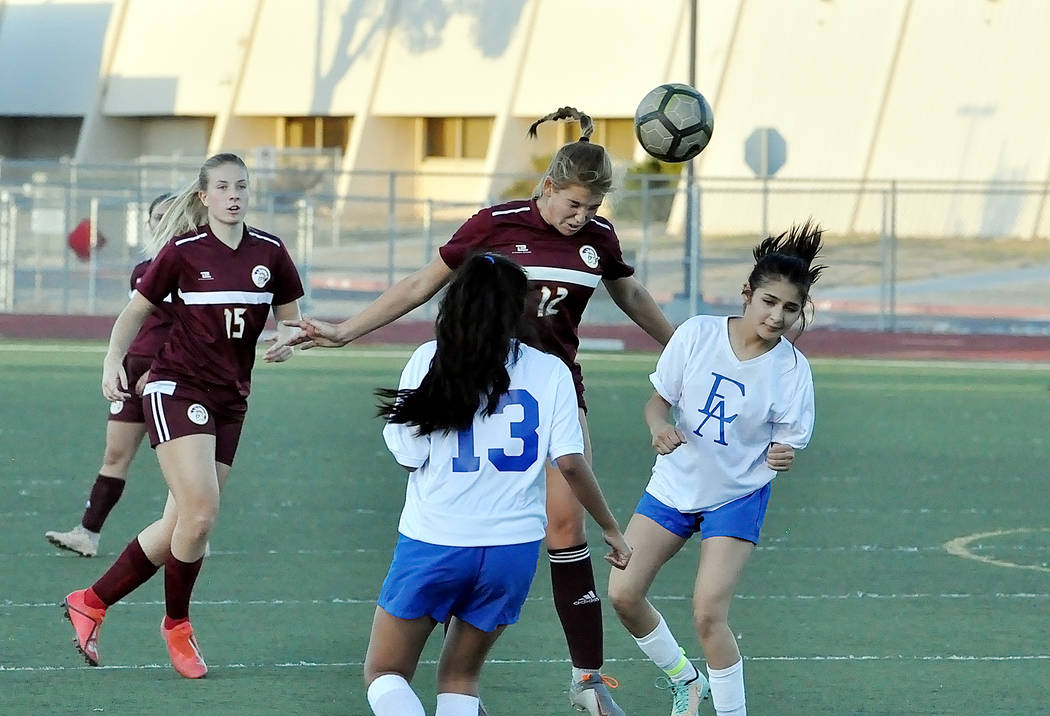 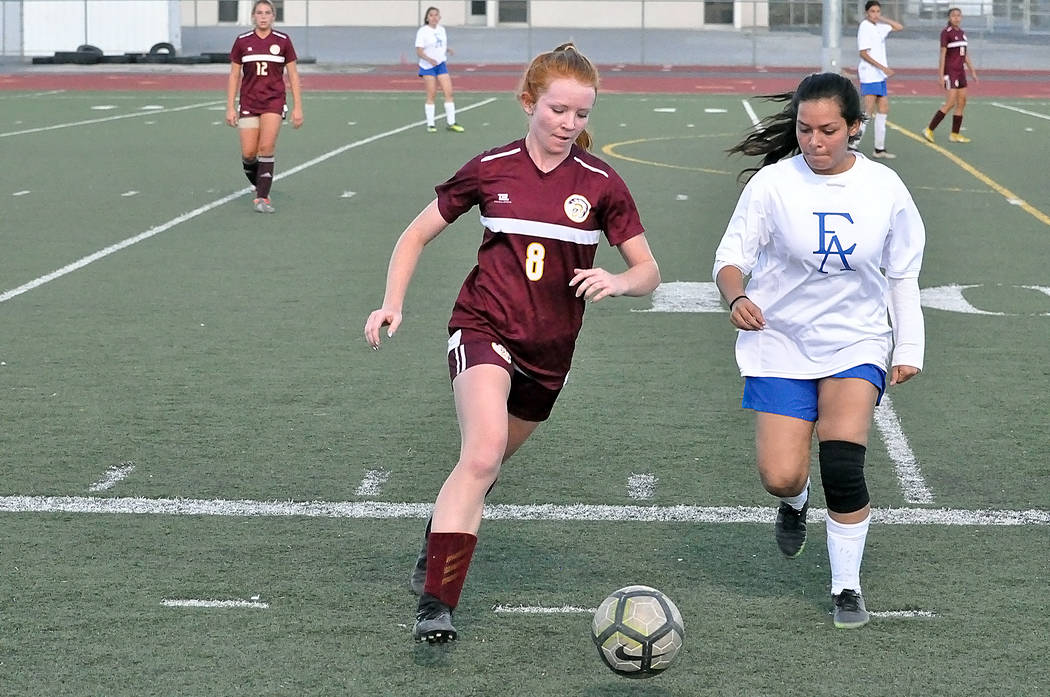 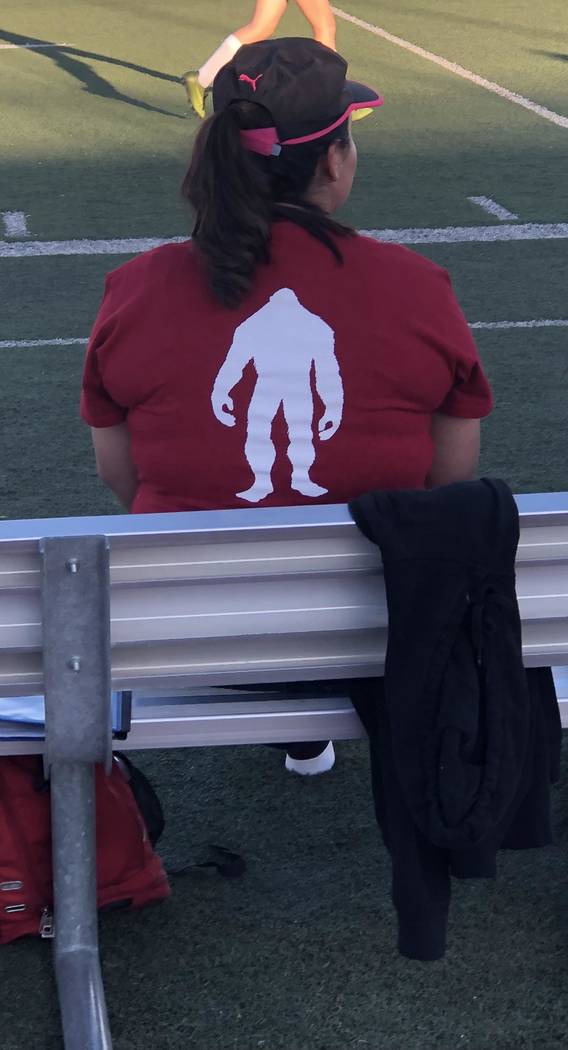 Tom Rysinski/Pahrump Valley Times While many people believe Equipo Academy's mascot is the Yeti, there are many skeptics who refuse to believe it actually exists. But after carefully creeping up behind it, photographic proof of the Equipo Academy Yeti was obtained Monday at Trojan Field in Pahrump.

It was an odd stretch of schedule for Pahrump Valley High School girls soccer team.

The Trojans faced their biggest Sunset League rival Oct. 3, scoring twice during the first half and holding off Western 2-1. The games before and after didn’t even go the distance, as both were stopped with 20 minutes to go in soccer’s version of the mercy rule.

Monday, it was Equipo Academy’s turn, and the Yeti, like Mojave a week earlier, proved to be no match for the defending region champions, winding up on the wrong end of a 9-0 score.

So was Trojans coach Julie Carrington satisfied? Yes and no.

Not wanting to embarrass an overmatched opponent is nice, but that doesn’t mean missed opportunities are going to be ignored. Carrington noticed every one of them. On a few chances, a near-perfect cross to a teammate in front of Equipo’s keeper was sent well wide, over the crossbar or tapped so lightly an easy save was made.

“That ball better go in in practice,” Carrington said. “That’s frustrating to see when all you had to do was tap it in. That is frustration as a coach when you get the crosses or the chips or the passes right through and it should just be a simple touch, and they should go in, but then I’m not on the field.”

But they did go in nine times, so Carrington had some good things to review. Kaylee Mendoza scored five times, bringing her season total to a team-leading 24. Maddy Souza’s hat trick to pushed her season total to 16. Makayla Gent, who was on the sending end of several picture-perfect crosses, finished with 4 assists and scored the other Pahrump Valley goal.

“We were working different girls in different positions to try and switch the positions up a little so if we get injuries we’re not stuck like we were last year at state,” she said. “It’s easier to do that in this kind of game, and they did pretty good.

“The passes were not up to pace. They were taking some shots with their left foot, which I like to see, so I’m always happy when they try to do that, but I would have preferred more pace on the ball.”