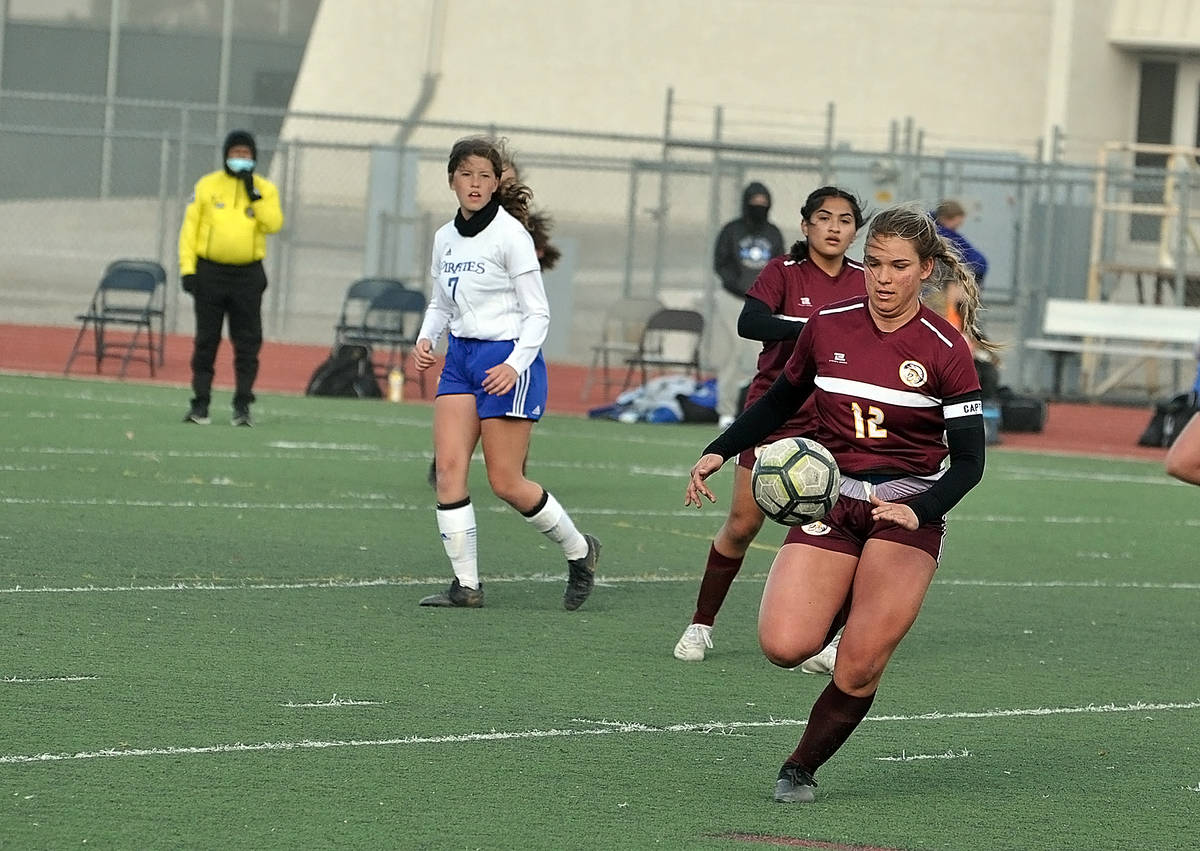 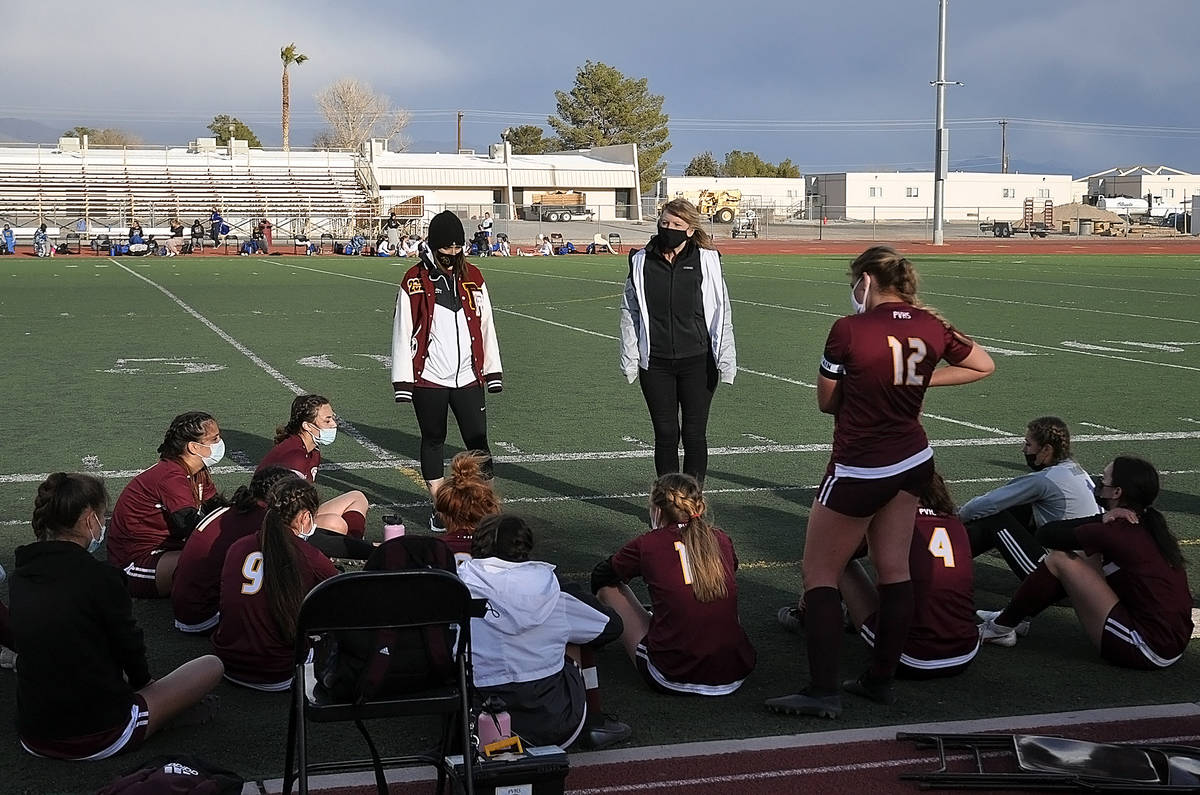 The gusty wind that dominated Tuesday’s girls soccer game between Moapa Valley and Pahrump Valley at Trojan Field should have meant the Trojans’ string of consecutive shutout games would end.

Pahrump Valley went into the game with two shutout wins and two shutout losses, but surely any team with that strong wind at its back for a half would have plenty of scoring chances.

Maddy Souza scored twice during the first half and Adryanna Avena-Caraballo connected on a first-half penalty kick and a direct kick after a yellow card during the second half as the Trojans dominated the Pirates for a 4-0 victory.

The Trojans had the wind first and took full advantage. A Moapa Valley header that went backward helped set up the Trojans’ first goal, when Souza controlled the ball with her right foot and blasted a left-footed shot in the 9th minute to put the Trojans on the scoreboard.

Fourteen minutes later, Souza emerged from a crowd in front of the Pirates’ net and put a header in for a 2-0 lead. The lead was 3-0 when Avena-Caraballo converted a penalty kick during the 27th minute that, on a normal day, would have given the Trojans an almost-insurmountable lead.

But with the wind as strong as it was, nobody wearing maroon was relaxed about it.

“I was really worried the second half,” Pahrump Valley coach Julie Carrington said. “You always want to go with the wind first to get those long shots in if you can. I really thought they would get more shots on goal and their forward, who seemed a lot more aggressive, would take those shots on goal, and she just didn’t. They were bringing it up way too close to get those shots, especially against our keeper.”

The Trojans’ keeper was freshman Avery Moore, who didn’t face too many serious tests but made all of the right decisions to record 10 saves and earn her third shutout.

The wind did not stop the Trojans during the second half as much as it did the Pirates during the first, which is largely because of the home team’s superior defense but also because the other parts of the Pahrump Valley lineup handled the wind better than the Pirates did.

“Maddy just covered that whole midfield section,” Carrington said. “Souza and Kailani Martinez, the other holding mid that works with Kiara (Ramos), she was just really good, too. I was so impressed with them. And my whole forward section played a lot better.”

And that was more than enough to dominate play regardless of which way the wind was blowing.

“We were a lot more on the offensive side of the field than I thought we would be during the second half,” Carrington acknowledged.

And part of that offense frustrated the Pirates’ defense, which took to getting a bit too physical at times. During the 67th minute, Kaylee Mendoza drew a yellow card, and the referee on that sideline, stationed on the other end of the field, seemed to enjoy walking very slowly to deliver it.

When she got the chance, Avena-Caraballo’s direct kick curled beautifully into the car corner of the net for the final goal of the game. Carrington explained that, with the wind, she advised the sophomore to “aim for one corner and it will go in the other.” It did, and it marked a good way to wrap up a strong effort.

“I’m so proud of them,” Carrington said. “They truly did so well with the positioning.”

The Pirates will get another shot at the Trojans on April 2 when the teams meet again in Overton.