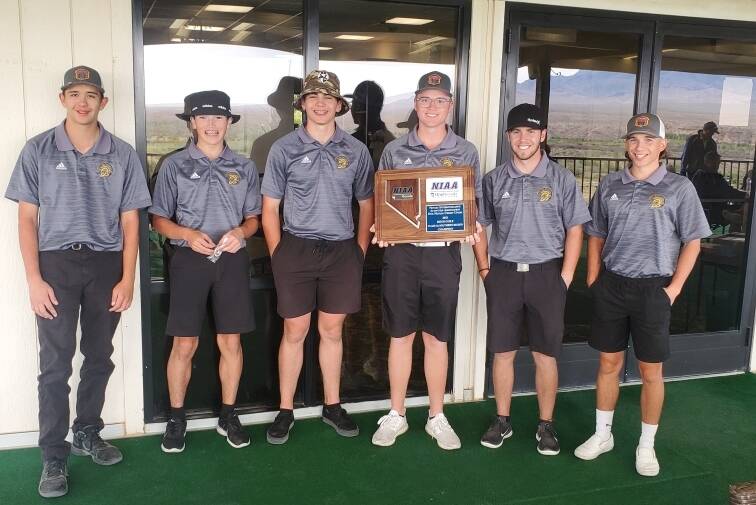 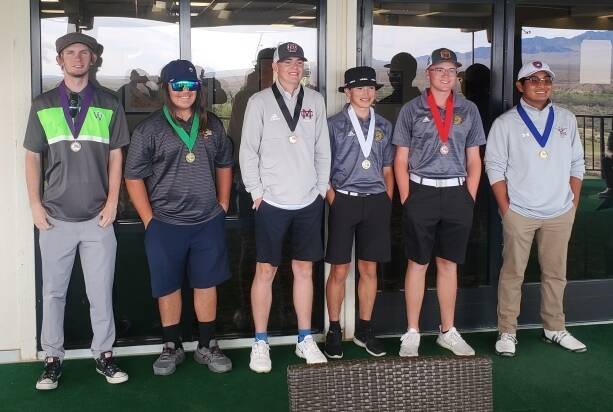 Despite this being Pahrump Valley’s 18th regional tournament appearance since the 2000 season, this is just their second regional championship. The first championship for the school came in the 2008 season, when they were also the state champion runners-up.

On top of the nerves from the tournament being a regional championship with a bid to the state tournament on the line, the weather gods didn’t try to help out the players much.

During both tournament days, while there was sun, there was also steady wind that included some high gusts. It offered a bit of a challenge the players needed to learn how to get around.

The Trojans finished in first out of the four teams that participated in the tournament. The team combined to shoot a total score of 774, beating second-place finisher Boulder City by 73 strokes.

Kasen Moore led the team with a total score of 180, 36 shots over par, over the course of his two rounds. He shot an 89 on Monday at CasaBlanca Golf Club and a 91 at Palms Golf Club on Tuesday.

Carter Nygaard came in second place on the Trojans team and third place overall in the regional tournament. He shot a total score of 194, just beating out fourth-place finisher Carter Burk who shot a 195.

Christian Mott was the last of the Trojan golfers, however, he still finished in the top 10 with the rest of his team. Mott ended the tournament with a total score of 209.

With their first-place finish, the Trojans secured their spot in the Nevada 3A boys golf state championship tournament.

This year, the tournament will be held in their home town at the Mountain Falls Golf Club, a course the team practices on and knows very well.

Pahrump Valley golf head coach Bob Hopkins is hoping students, family and friends of the team can make it out to the tournament and support the golfers.