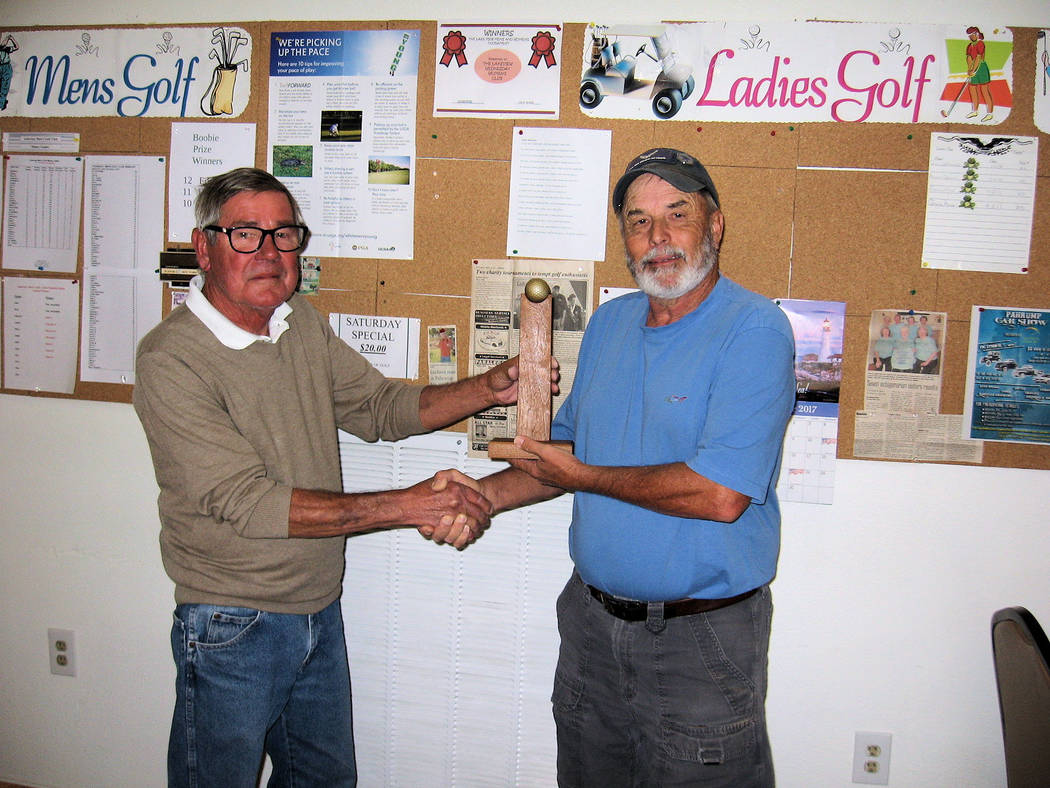 Spencer Matlock, a 64-year-old golfer retired from the Air Force, won the Lakeview Men’s Club Championship, which was a two-day annual tournament at the Lakeview Executive Golf Course put on by the club.

According to Gene Bulac, Lakeview Men’s Club secretary, Matlock won the tournament by parring the last hole of the tourney.

Spencer said the key to the win was slowing down his swing.

“I just slowed down the tempo of my swing,” he said. “I tried to swing nice and smooth every time. This was my first year playing in the Men’ Club tournament and now they call me ‘Sandbagger.’”

Spencer won $80 in prize money and the honor of holding on to the trophy until next year.

Matlock has lived in Pahrump since he retired in 2013 from the Air Force.

According to Bulac, these tournaments started 14 years ago when the club first started.

“I have been playing with Lakeview Executive Men’s Club since it started,” he said. “I have never won it but have been in them all. It doesn’t cost anything to join the club. We do have a $4 fee for tournaments. The club meets every Thursday at 9 a.m.”