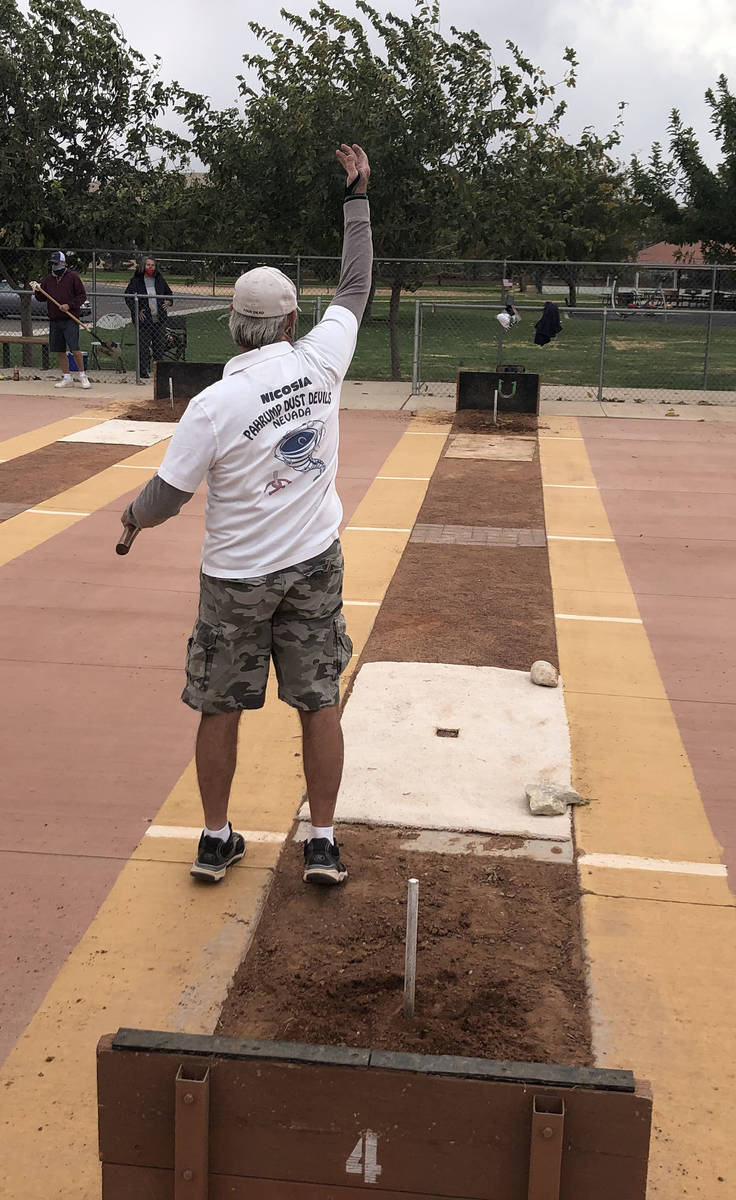 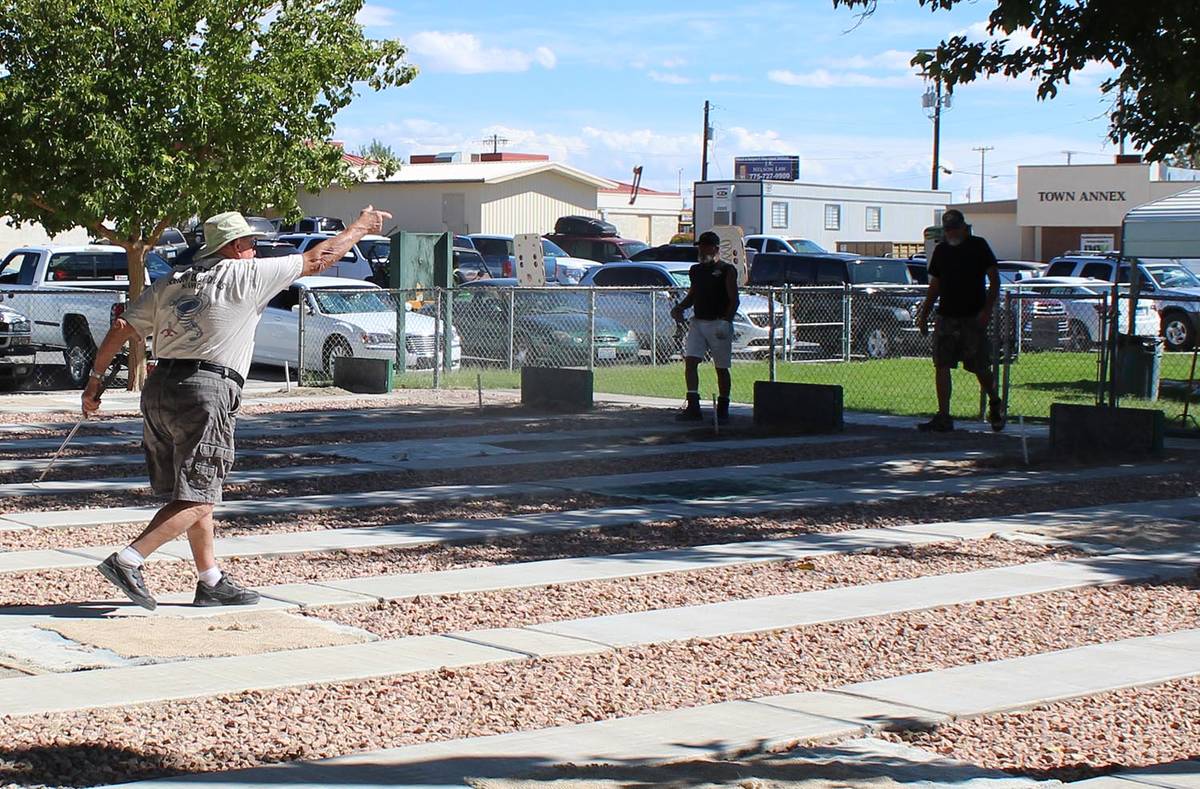 File photo The horseshoe pits at Petrack Park will host a Nevada State Horseshoe Pitchers Association singles tournament at 9:30 a.m. Saturday and a nonsanctioned doubles tournament open to anyone at 11 a.m. Sunday.

Hatch went 6-0 to win Class B, leading the division in ringers, points and besting his entering ringer percentage, while Nicosia finished in a three-way tie in Class C at 4-2 and had to win a playoff to win his title at the Ice Breaker Open on Feb. 6 at Leavitt Family Park in Las Vegas.

The tournament drew 29 pitchers from Nevada, Arizona, Utah and California, who were divided into four leagues. Bob Swain of Bullhead City, Arizona, who went into the tournament with a ringer percentage of 62.90, went 5-1 to win Class A, while Lela Hardy of Las Vegas went 6-0-1 to capture the Class D crown.

Nicosia tied with George Mallory and Ray Leavitt atop Class C, tallying three more ringers than each of the other two and finishing with 155 points to 145 for Mallory and 140 for Leavitt. But the identical 4-2 records meant a playoff for the crown.

And his ringer total was far superior to the rest of the field. Swain totaled 153 ringers, topping his already-gaudy entering percentage; that number was 58 more than anyone in the field and more than double the number of Dunn, the Class A runner-up.

But the number that made Dilger the happiest was the 29 pitchers who participated.

“It took all day to finish the thing,” he said. “We could have easily had 40 players, but some didn’t show up. It’s getting big.”

Pitchers must be NSHPA members to compete in the singles tournament, and all that it takes is filling out a membership form and paying a $35 fee for adults and $7 for juniors. New members will pitch 50 shoes to get a beginning ringer percentage that will determine division placement. The doubles tournament, which is nonsanctioned, does not require membership.