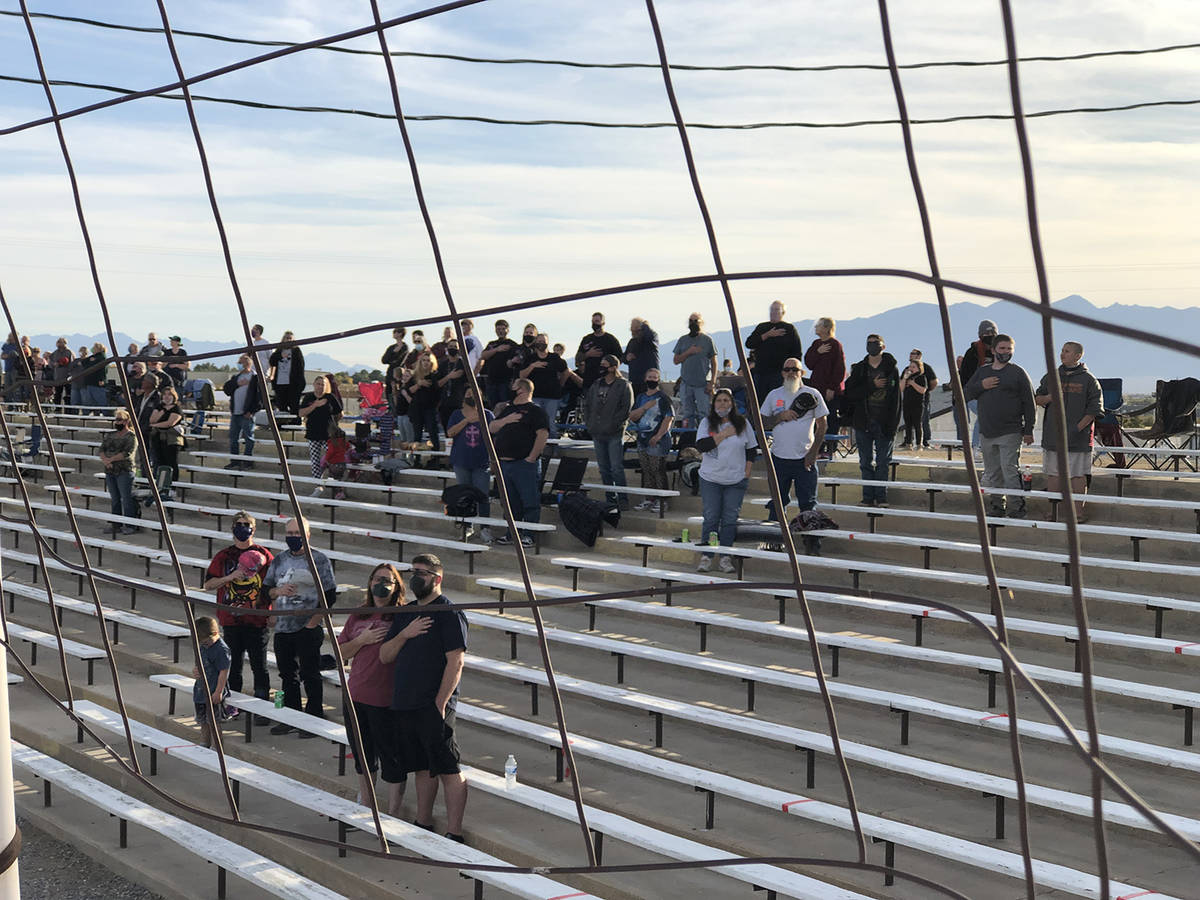 File Fans gather under pandemic restrictions last year at Pahrump Valley Speedway. It won't be COVID but extreme heat that will keep drivers and fans from the speedway this Saturday, as racing has been canceled as a precaution. 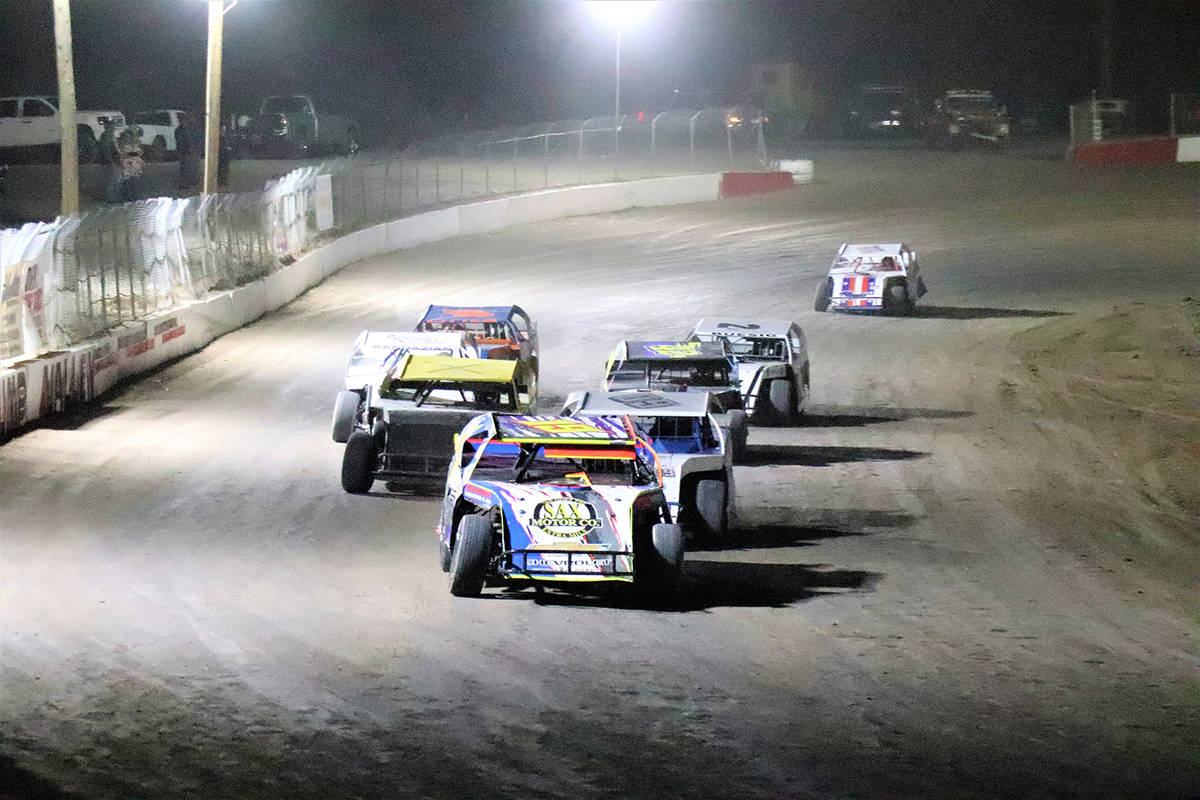 File Jared Ward leads at the head of the field during a 2020 race at Pahrump Valley Speedway. Ward won June 5 in Hobby Stocks to pull within four points of the lead in the season standings.

The high temperature Saturday in Pahrump is expected to be 110 degrees, and that kind of heat is more than uncomfortable. It can be dangerous.

“We have decided to cancel this weekend’s race because we think it will be way too hot for our fans and drivers,” speedway points manager Karley Broadhead said.

The last night of racing, June 5, was highlighted by the tightest points race of the season getting even tighter.

Jared Ward, who fell out of first place in Hobby Stocks because he did not drive during the May 22 racing card, returned to his winning ways this time around, followed by Adam Tiscarao, Kyle Renberger and Jay Ward.

With the victory, Jared Ward picked up 47 points to pull within four of Jay Ward. Tiscarao’s second-place finish gave him 45 points for the night, enough to stay tied with Jared Ward in second place. Debbie Ward and Gege Murphy finished fifth and sixth, respectively, and hold down the fourth and fifth places, respectively, in the standings.

Another class that tightened after Saturday’s racing was the Coupes, where Mark Daub narrowed the gap between himself and the two drivers ahead of him by taking the checkered flag. Daub earned 45 points, giving him 344 on the season, while Scott Holloway finished second to maintain a lead in the points chase and Daniel Bruner’s third-place effort kept him in second place, 10 points behind Holloway.

The Modifieds class drew a season-high seven drivers, and Rick Durica’s win narrowed Clifton King’s lead by 11 points. Durica brought home 46 points with his win and eight-point effort in the heat, while King finished third behind James Thibodeaux, who was racing Modifieds for the first time this season.

Four of the drivers in the Modifieds main event scored their first points of 2021. The third who had raced before, Tim LaBraca, finished sixth, which was good enough to pull him into a third-place tie with the idle Brady Gladd.

A.J. Klein gave himself a bit of breathing room with his win in Micro Sprints. His two-point lead became a nine-point lead over Jason Funk when Klein grabbed 47 points while Funk finished fifth and earned 40. Evil Pruitt, Neil Jones and Tim Keillor finished between the two in the main event.

Also extending his lead was Dillon Murphy in Super Stocks. Only three drivers raced in the class, and they were the top three in the season standings going into the night. Dillon Murphy beat out Dale Daffer and Tim Murphy, who remained third and second, respectively, on the points chart.

Walton finished fourth behind Shaun Moore, Aries King and Jeff Murphy in the Sport Mods, but Walton maintained a 400-376 lead over Murphy in the standings.