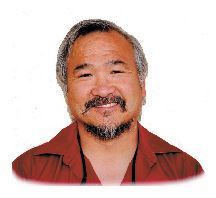 I have been paying a lot of attention lately to the Best in the Desert Vegas to Reno Race. Events like this are special. The fact that they were able to get their permit to go through a national monument was a big deal in this day and age when regulations seem to rule the day.

After all, a race like this, according to Best in the Desert, brings in $14 million to the economy so that’s a good thing.

Casey Folks runs a good operation, or does he?

Recently some people in Beatty at the “unofficial town board”, the one that meets near Revert Tire, laughed at a comment I made regarding Casey Folks in a commentary I wrote on July 1. I think this is the one they laughed at:

“Look, I enjoy this race, I will admit it. But if Folks ran a terrible organization and just tore up the land and destroyed it, I would say feed him to the wolves. But it’s not like that …If he has been tearing up the desert do you think the BLM would issue him a permit?”

Well, these guys say that I may have to feed Casey to the wolves and I might be eating some crow, or it’s Chukar if you are from Beatty.

Apparently, they have some evidence that Casey doesn’t always clean up his messes.

Does it surprise me? Nope. Does it change my support for desert racing? Not yet. I’ve got to see the evidence first. If it’s overwhelmingly against Casey then I would just say, hey Casey, clean it up.

So we shall see. I guess I am taking a trip to Beatty.

I still am going to Las Vegas to check out the Vegas to Reno machines. I enjoy Best in the Desert racing because I like to see technology in action and how man can conquer the desert with his machines. If you have ever seen an 850-horsepower trick truck leave the starting line, it is something to see.

I love the fact that we can still send these machines into the desert and the fact that Nevada is one of the few remaining states that allows this. Try this race in California.

And I also like the fact that Casey Folks says he is a man of his word. And that he says he will clean up what these vehicles do to the desert. But he should be mindful that people are watching him and how he and his racers leave the national monument and any other public lands. In the next coming months, as he the Pahrump 250 come back to this valley and Beatty, Casey Folks and his crew will be scrutinized.

The 250-mile course up to Beatty and back will be watched like a hawk to see if Folks is truly a man of his word.

I want him to keep racing. I think what he does in Nevada is great for the economies of all the small towns and therefore I want him to succeed. On the same line, if he comes to Pahrump and Beatty and he screws up our desert, I want him to be accountable.