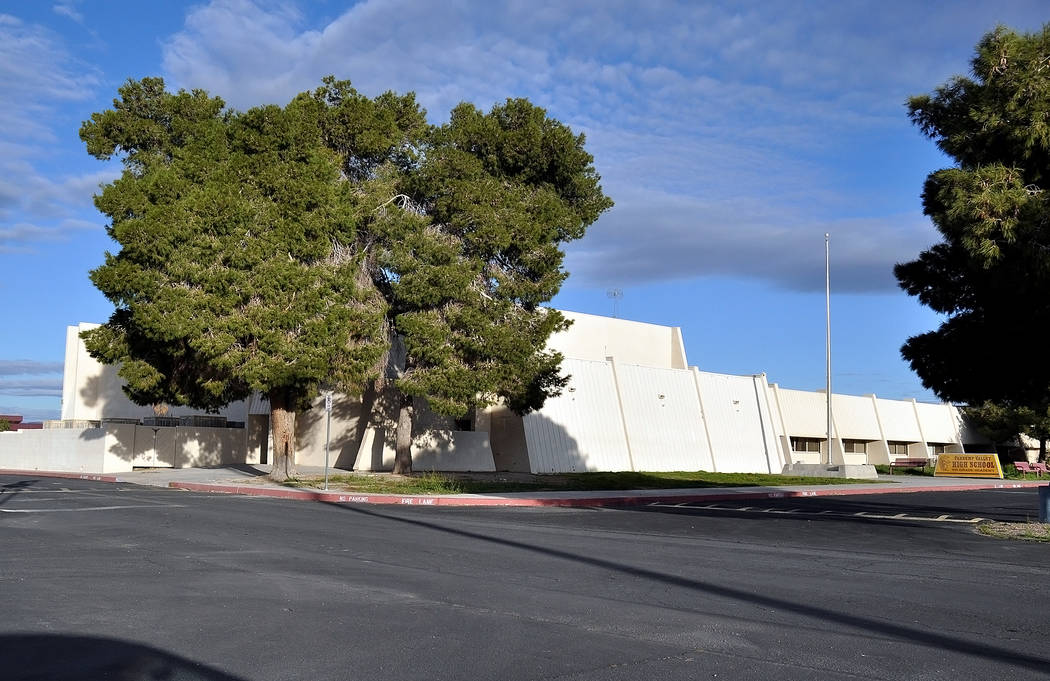 The old high school gym and what is known as the freshmen academy could be demolished to make room for a new community recreation center. Horace Langford Jr. / Pahrump Valley Times

Right now we have a chance to shape this community and bring it into the 21st century. There are two groups sitting on something just as big as a new fairgrounds for the county and that is a community recreation facility.

I see this as an opportunity to get our kids out of the house, off the streets and involved with something that could shape their lives. A recreation center is not just a place for sports, but we could have community art classes, music lessons and much more there.

It could be a place where boys’ and girls’ clubs could meet, and scouting organizations can meet. The sky is the limit.

In November, I spoke with Nye County School Superintendent Dale Norton and he was talking to me about this vision of his.

He said the school district has the ideal site for a new recreation facility and that is at the high school. He pointed out the old buildings where the freshman academy used to be and the old gym and told me the school is willing to flatten those buildings to build a new gym complex. He also told me the district would even let the public use the tennis courts. Now that would be a facility.

The thing about this new recreation center is that it would be private funds because the school district wants to partner with Valley Electric Association Inc. They want to build this recreation center too, but as far as I know, not at the high school.

This is what VEA said on their website, which says they will have some extra money due to the recent sale of transmission lines: “$10 million of the premium will be donated to the Valley Electric Charitable Foundation designated for a community rec center on property adjacent to the VEA headquarters. The value of the land is an additional $5 million.”

This is where we need to push and push hard. It really doesn’t matter where the center is built. What matters is when and that it is actually built.

The economy is improving and projects are being approved by the county all over town.

We, as the public, have to get involved and do this for the kids. Our kids need a place to go in the afternoon. We need to give positive feedback. I know that is difficult for some people in this town, but we have to realize these people don’t have to build a recreation center. They could build something else so we need to say thank you and how can we help.

I really can’t emphasize how badly this community needs a project like this completed.

Most towns with populations our size have these recreation facilities already.

Call the VEA and call the school district office and get involved. The public has to be a positive force in this matter and not a negative force. It would be nice if the two entities can come together in this project.