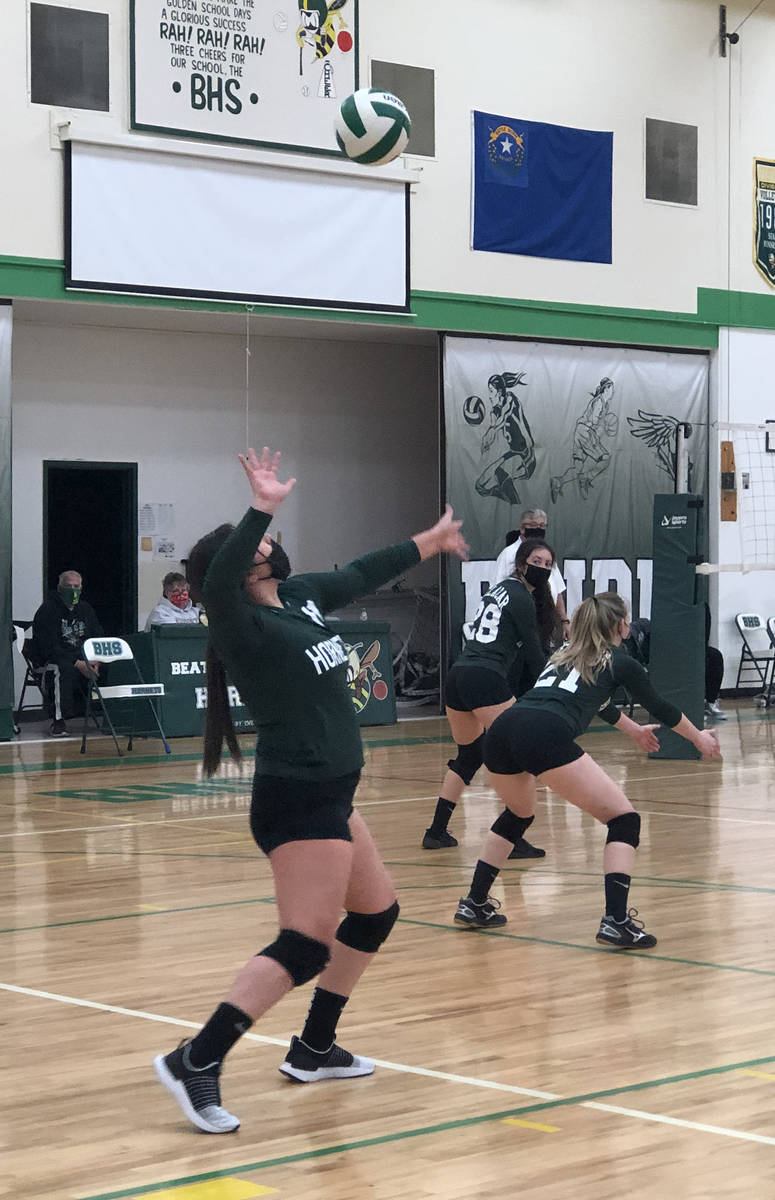 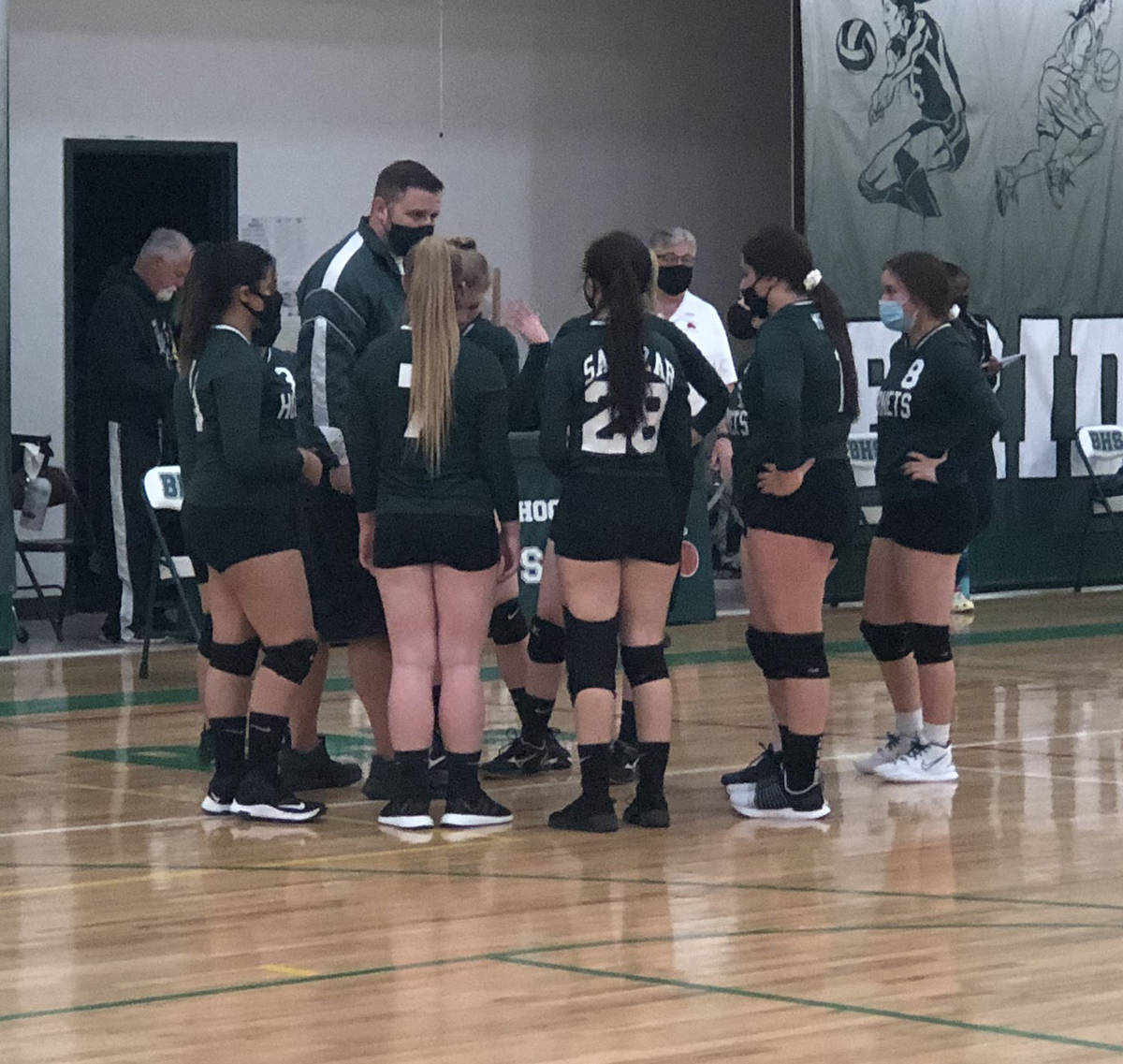 Tom Rysinski/Pahrump Valley Times Beatty High School girls volleyball coach Steve Sullivan talks with his players during a timeout during their 2-1 loss to Green Valley Christian on Saturday in Beatty.

The Beatty High School girls volleyball team had an up-and-down weekend, dropping matches on Friday and Saturday before rallying to avenge their first loss of the season in Saturday’s final match.

The Hornets opened with a Friday afternoon battle with Mineral County which went to five sets before the visiting Serpents escaped with a 3-2 win. The Hornets then welcomed Green Valley Christian and Tonopah on Saturday, with mixed results.

In the opener, the Hornets handled the Guardians 25-19 in the opening set, but things went awry quickly in the second set. The visitors broke out to an 11-1 lead before things settled down. But Green Valley Christian eventually finished off a 25-10 win, then took the deciding third set 15-12.

But Beatty had better results against Tonopah, a team that had swept the Hornets on opening night. This time, the Hornets won the opening set 25-21, were handled by the Muckers in the second 25-14, then won a 16-14 squeaker to take the match and record their first win of the season.

“We switched up our offense, but the biggest difference was our defense,” Beatty coach Steve Sullivan said. “Digging their hits and taking care of our passes really allowed us to run an efficient offense.”

Overall, Sullivan was happy with the weekend’s effort.

“Even though we only won one game this past weekend, I am really proud of the growth the girls are showing,” he said. “I think the biggest reason for the growth is their attitude. Before, we were letting bad plays keep us down and letting the pressure of tight situations get to us. Now, they stay positive and move on after a mistake.

“The girls have been showing they have a much more competitive attitude. The goal is to keep building off of that to see just how good we can be with the little time we have left.”

Next up for the Hornets is a trip to Alamo on Friday to face Pahranagat Valley then another home match Saturday against county rival Round Mountain.

The Trojans were 1-1 after the match, while Cadence, a newcomer to the Nevada Interscholastic Activities Association’s Class 3A Southern Region after going 14-4 as an independent in its first season, fell to 0-2.

Hagerstrand finished the 3-mile course in 21 minutes, 58.60 seconds to place seventh in the girls race, with Arajuo right behind in eighth with a time of 22:01.40 for the Trojans.

Varlack covered the course in 17:21.50 to place 10th in the boys race. Four of the nine runners ahead of him were from Moapa Valley, including winner Preston Humes, a senior who was almost a minute ahead of the field with a time of 14:57.00.