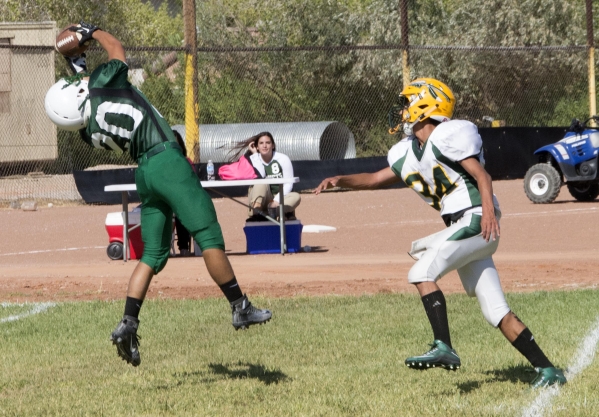 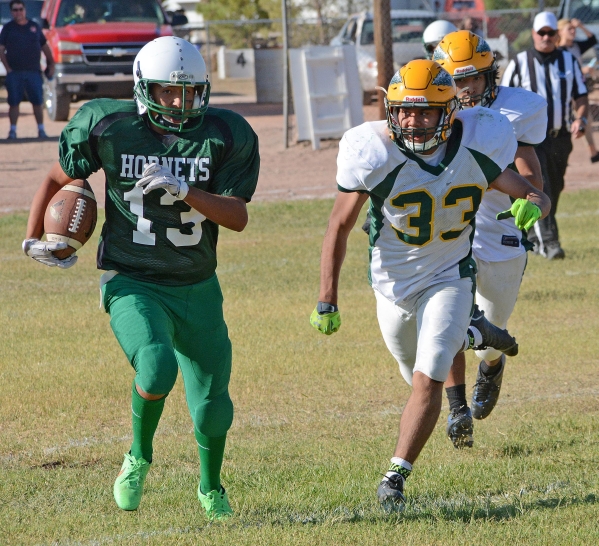 Beatty football gets the win on the ground as they rushed for 264 yards to beat Big Pine, California 50-6.

“I basically took my first string out of the game after the first quarter,” Beatty football coach James Robertson said.

Robertson said his quarterback will be senior Nick Zamora this year. He had two TD passes for touchdowns. He threw the touchdowns to veteran receiver junior Jacob Oseguera.

The Hornets will be playing Spring Mountain away and Robertson said to beat them his team has to play near-perfect ball.

“We played them close last year, but we made mistakes,” the coach said. “We gave up four fumbles and you can’t do that against Spring Mountain. I am not so sure what they have this year because they have only played one game, but they will be tough.”

The Beatty coach believes his team has the experience to contain Spring Mountain.

“It’s all about containing their quarterback and preventing the outside run,” he said. “Then we need to finish our drives with points.”