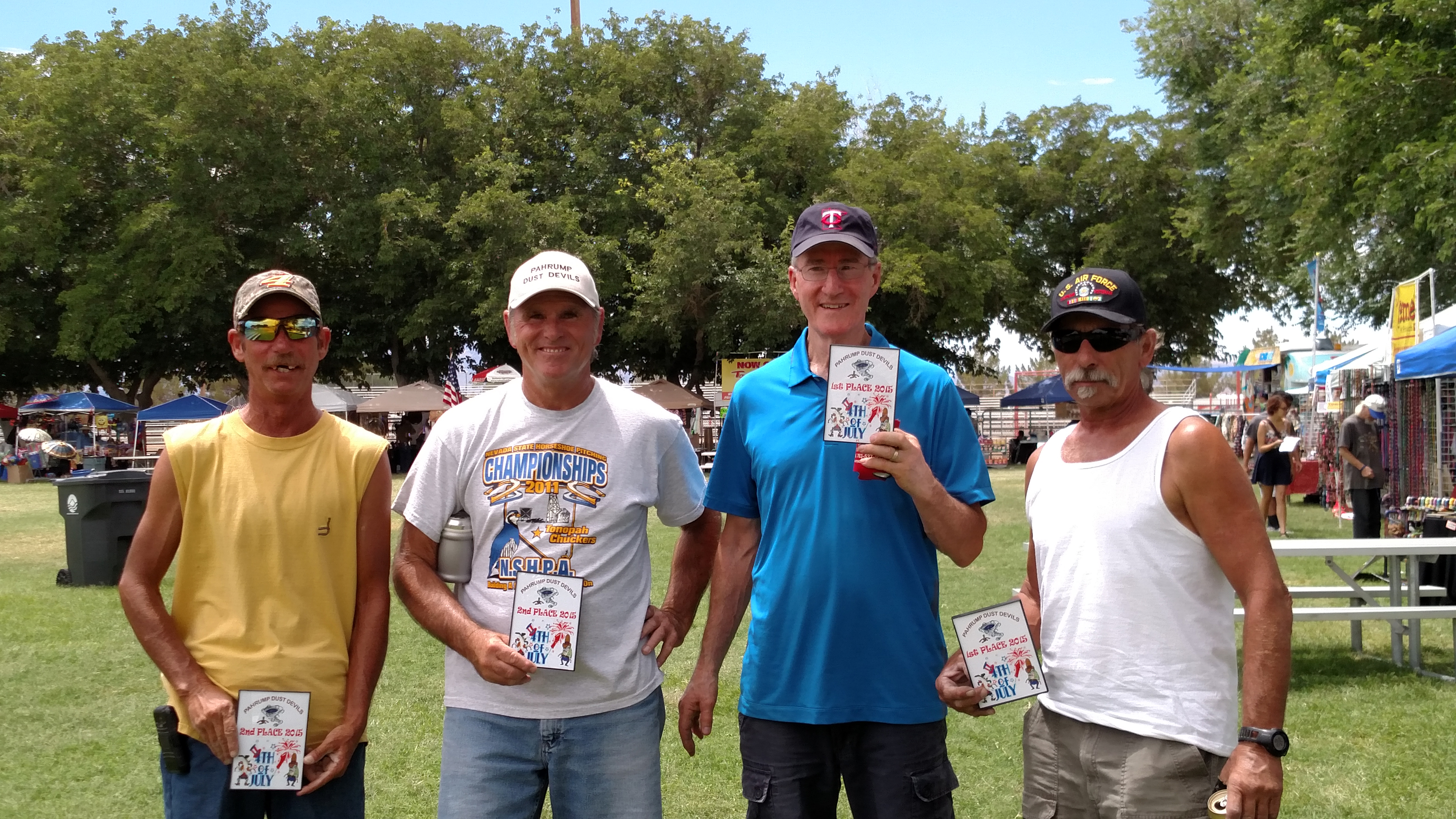 For the past two weekends there was some hot horseshoe throwing action at Petrack Park. According to the organizer of the tournaments, Mike Norton, recent tournaments at the park have given new life to the sport in Pahrump.

âWe had two new players show up at the Saddle West Open last weekend and a lot of locals showed up for the Fourth of July celebration,â Norton said. âWe are always looking for new players. We had about 14 people out for the tournament last Saturday and three different groups. The first three players in each group received money and the winner in each group got a Class Champion Patch.â

The Saddle West Open was won by Bo Anders from Las Vegas.

According to Mike Norton, both events attracted horseshoe throwers from all over the state. The best showing from Pahrump was last yearâs state champion, Dok Hembree, who placed third in the B group.

At the Fourth of July Tournament, the following were the winners: Kevin Botts and Mike Nicosia received second place and Dan Dunn and Dok Hembree took first place.

Norton said horseshoe throwing is one of those sports that people associate with a backyard social and park picnics. Many that throw know little about the tournaments, let alone know there is a governing body that organizes sanctioned tournaments.

Norton added that the key to getting the sport to grow is to have âjust for funâ tournaments like the Fourth of July event and then let those players know about the sanctioned tournaments.

The organizing body behind the sanctioned tournaments is called the Central Nevada Horseshoe Pitchers Association.

Ken Jose of Tonopah is the CNHPA president and said the sport has been around and is holding its own. He started doing tournaments when he said he got too old to play softball.

âWhere I live in Tonopah, a lot of guys throw horseshoes, but when it comes to signing up for the tournaments, very few do them,â he said. âI really donât know what it will take to get more people out for the sport.â

Jose is currently at the World Horseshoe Tournament in Topeka, Kansas, which is from July 13 to 25 and missed the Saddle West Open (you can watch Ken Jose throwing and others in the tournament from this link: http://horseshoepitching.com/cam/cam.html)

âI am doing well and out here with about seven throwers from Nevada,â he said.

Norton said that horseshoes is a popular sport and is not just for older people.

âI have been playing for 40 years now,â Norton said. âI think itâs gaining in popularity. People just need to know there is a governing body. Now, at this stage in my life I love to organize the tournaments. At one point in my life, I did 30 tournaments a year and thatâs why I joined the horseshoe pitching association.â

Norton added that the sport is a relatively inexpensive one to play once you buy your horseshoes.

The next sanctioned event will be August 8 at Petrack Park. Players must be signed in by 9:oo am. Contact Mike Norton for questions at 775-537-0542.