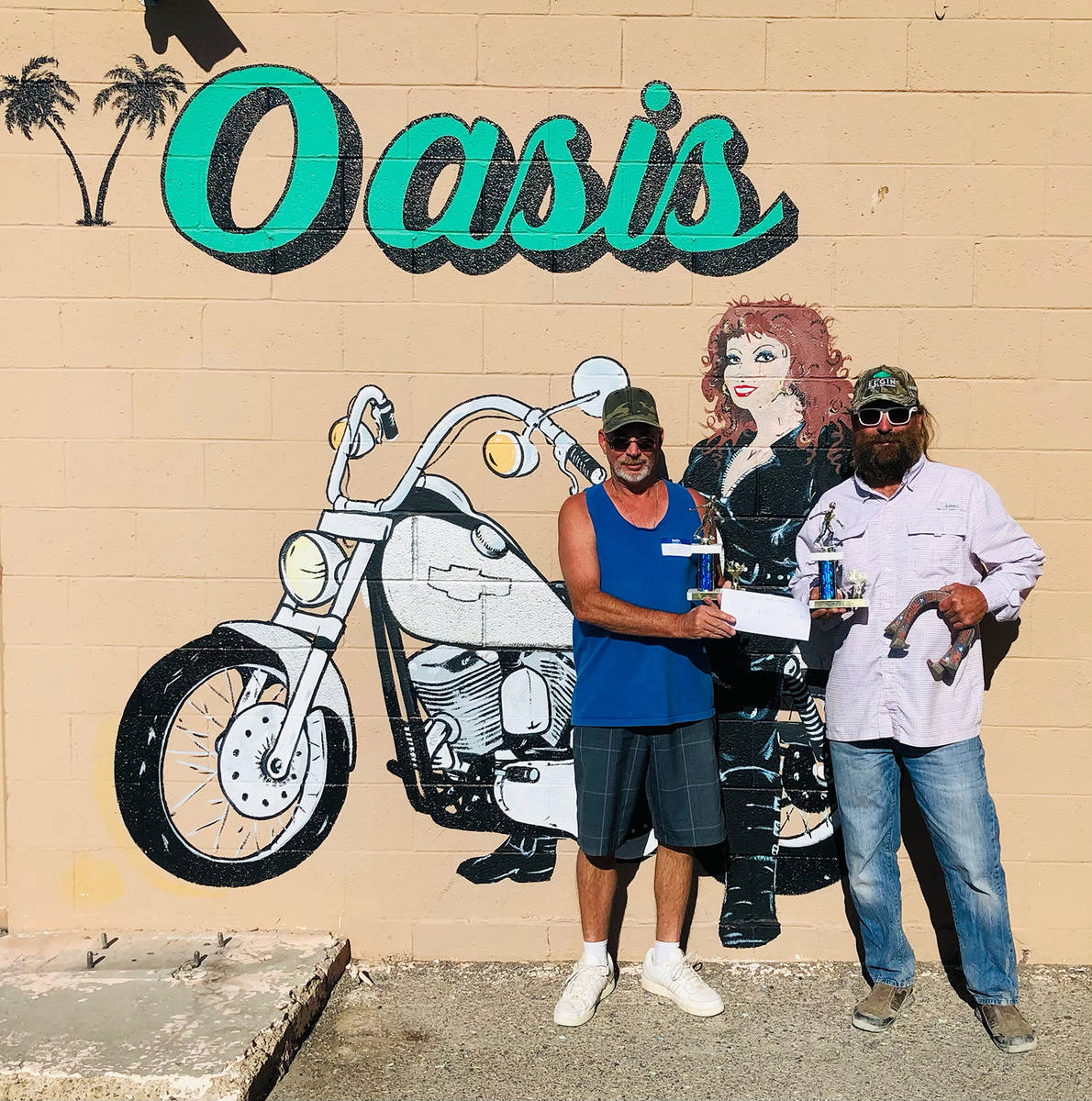 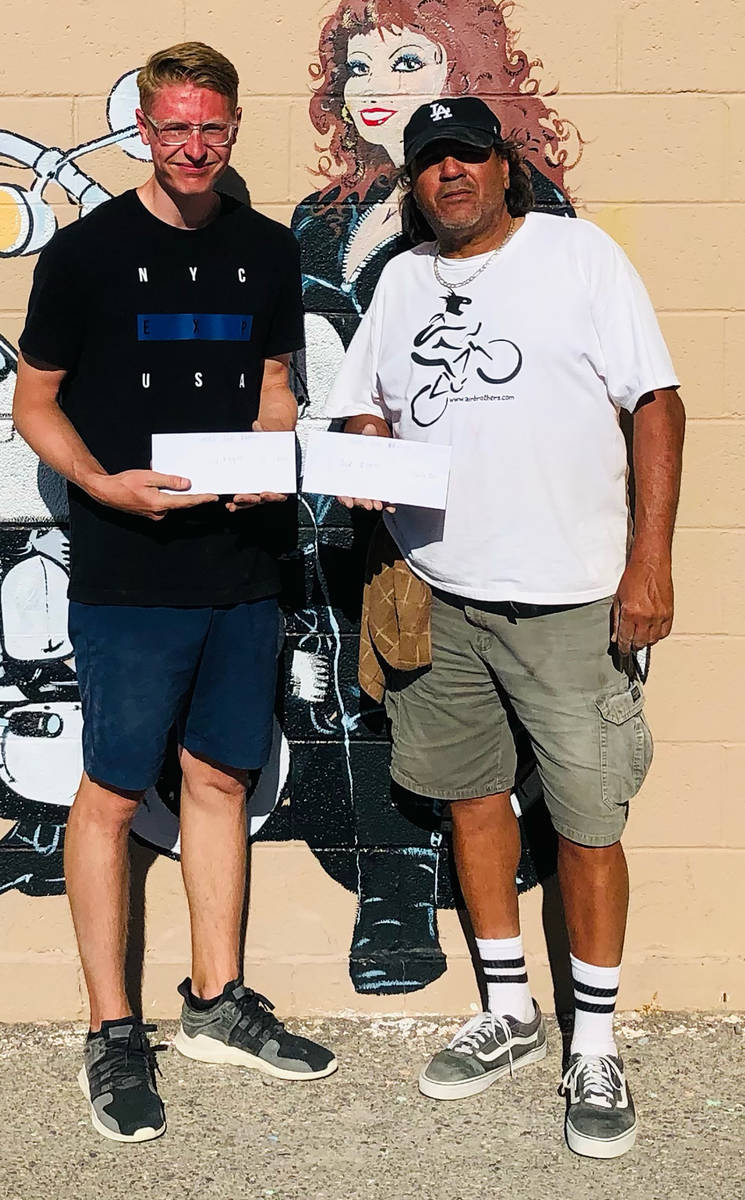 Hatch posted a whopping 119 ringers — 40 more than anyone else in the tournament — to go 6-0 in Class A, outdistancing second-place Kasey Dilger by two games. His 267 points also outclassed the field; nobody else tallied more than 220, and only two other pitchers reached 200.

Kaczmarek also won by two games, going 5-0 to capture Class B. Kaczmarek had one fewer ringer than runner-up Lathan Dilger, but he paced the division with 175 points.

Lawrence went 3-1 with 20 ringers and 86 points to win Class D, breaking a tie with Russell Jacobs of Pahrump.

Sunday brought the next installment of the Shoes &Brews Series. This time the host was Oasis Bar in Indian Springs, which drew a record 26 pitchers to its two-court venue.

“There were players from Lemoore, California, Beatty, Mount Charleston, Las Vegas, Pahrump and Indian Springs, plus about 25 spectators,” said Lathan Dilger, president of the Southern Nevada Horseshoe Pitchers Association. “And they have excellent food there.”

The turnout made for a strong 50/50, as Lawrence won $78 — the second tournament in a row he took home the prize — and $77 went into the prize pool for the points winners at the end of the season.

“I’d like to thank Lyla and her staff for all the great food and drinks,” Lathan Dilger said. Oasis Bar’s tournament was the fourth in the Shoes &Brews Series, which includes 10 events through Oct. 23.

“It’s bringing out a lot of players that don’t play much,” Dilger said of the series. “They’re having so much fun playing in the tournaments and all the families that are coming with the players is a great thing to see. Everyone is having such a good time.”

A week earlier, the series stopped at Coyote’s Den Lounge in Pahrump.

“We had three players from Lemoore, California — it’s up by Fresno — two from Amargosa, three from Mount Charleston, two from Vegas, one from Henderson and one from Minnesota,” Dilger said. The event drew 24 pitchers.

Bob Jeff of Lemoore and Chuck Smith of Pahrump won the tournament, with Kaczmarek and Mike Dedeic of Pahrump second and Mike Nicosia of Pahrump and Lawrence third.

“Thanks to Sue and her staff at the Coyote’s Den Lounge for the good food, drinks and hospitality,” Dilger said. “On the nonsanctioned Indian Springs and the Coyote’s Den Lounge, I’d like to thank Jenn Chael for helping me direct the tournament, and for the sanctioned tournament here in Pahrump Saturday I’d like to thank Sara Gurgol for directing the tournament and Mike Nicosia for providing the awesome lunch.”