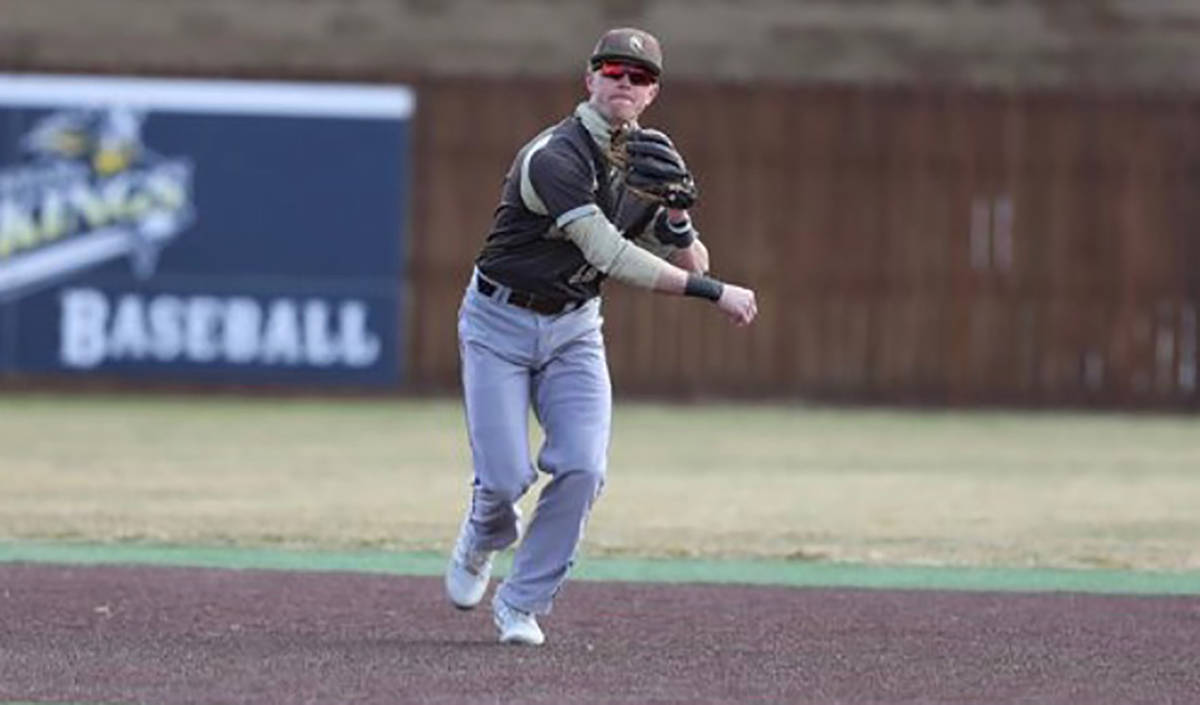 Special to the Pahrump Valley Times Chase McDaniel is already a fixture at shortstop for Southwest Minnesota State's baseball team, starting 33 of 34 games during his freshman season at the NCAA Division II school. 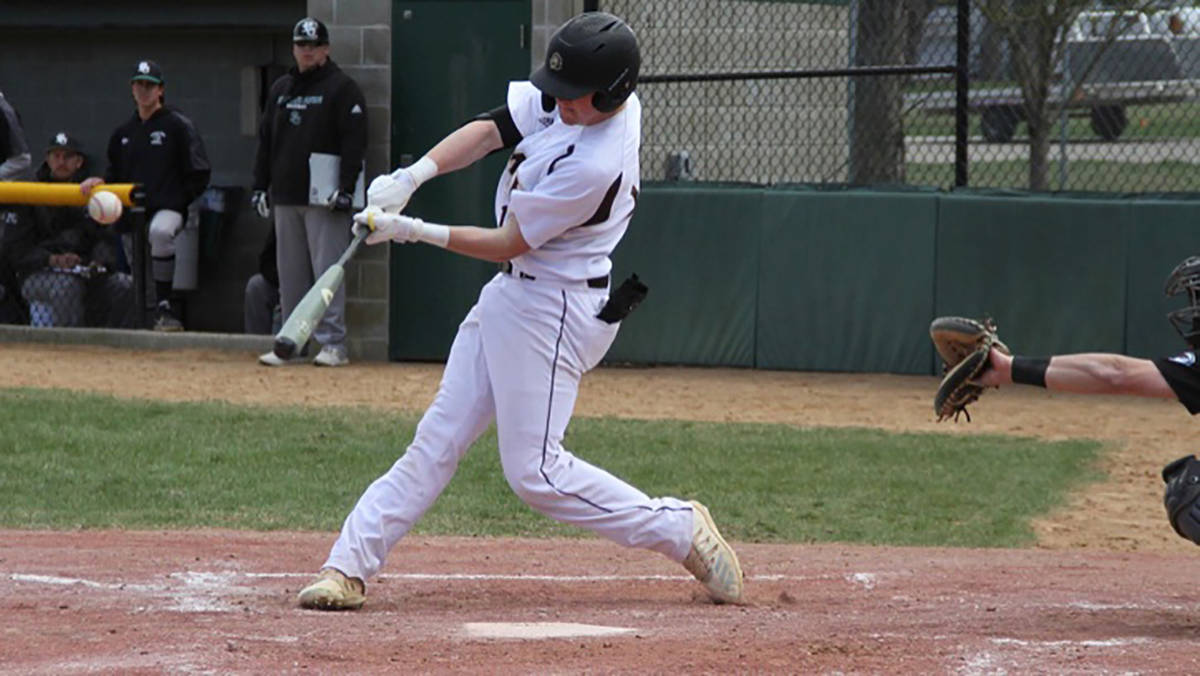 “Those were actually my first home runs ever,” McDaniel said. “That first one was a pinch-hit home run, which was kind of cool because my parents were at the game.”

He followed the April 2 home run at Concordia-St. Paul with another April 15 at home against Sioux Falls, but the novelty of going deep is not going to his head.

“The first thing you kind of notice is a lot of pitchers at this level have really good secondary pitches or strikeout pitches, so you don’t want to fall into the power-hitting mindset if you’re not a power hitter,” McDaniel said. “As more of a base hit kind of guy, I need to stay as a line-drive hitter.”

So there’s no fear of McDaniel straying much from the style that brought him a .400 career average in high school and Class 3A second-team all-state honors as a junior. Although McDaniel’s batting average ranks fifth on the Mustangs, he is typically not quite satisfied.

“I’m happy with how much I’m playing, of course, but I do feel like I should be performing a little bit better,” he said. “At the plate, I feel like I’m trying to find my groove. I definitely feel more comfortable now than I did at the very beginning of the season, but I know that there’s more I can get out of it.”

McDaniel has had 3-hit games, one against Bemidji State and one against Minnesota State, and four 2-hit games. He has had particularly good games against Bemidji, going 7 for 13 with 4 RBIs and 5 runs over three games in mid-April. His batting average peaked briefly at .300 Saturday after a five-game hitting streak during which he 7 for 16.

McDaniel said he has hit anywhere from sixth to ninth in the batting order, more recently bouncing between sixth and seventh. The Mustangs will wrap up their season with a home doubleheader today against Northern State and a three-game weekend series at St. Cloud State.

“The hard part about this season is that we’ve definitely been in a majority of our games,” he said. “I think we have about 10 one-run losses. (The Mustangs are 5-10 in one-run games.) We just can’t get that last little hit or run. And it’s tough because we have 14 seniors.”

McDaniel said the winter was not as harsh as it can be in Minnesota, but school was a bit challenging.

“It is a little difficult with the online stuff because you’re not as motivated, but I have some in-person classes and I really like the school,” he said. “I definitely feel like this was the right choice.”

The Bryant and Stratton College softball team is having a disastrous, if brief, season, posting a 2-20 record. But freshman catcher McKayla Bartley has shown off her power, hitting four home runs, posting a .400 on-base percentage and .710 slugging percentage.

“So far I’ve been doing pretty well,” the 2020 Pahrump Valley graduate said. “I’ve started every game so far. Statistically, our team isn’t doing well, but I still feel like I’m learning a lot out here.”

Her best games at the Virginia school include 3 for 3 with a walk, a double and 3 RBIs on March 20 against Southeastern Community College-Whiteville and 2 for 4 with 2 doubles and 2 RBIs on April 17 against Fayetteville Technical Community College.

“So far, we have only played 15 games,” Bartley said. “We play 16 and 17 (Tuesday). Our season is pretty short because the effects of COVID are still pretty bad over here.”

After missing her first two seasons at Northern Arizona University, Sydney Dennis has seen plenty of time on the field this spring for the Lumberjacks women’s soccer team. The only Pahrump Valley High School graduate playing at the NCAA Division I level, Dennis has played 90 or more minutes in eight games as NAU went 7-2-1, 5-1-1 in the Big Sky.

Although she is a defensive player, Dennis put herself in the scorebook with an assist during a 2-0 win over Idaho State on March 26.

Up in Williston, North Dakota, Terrena Martin’s Williston State Tetons are struggling through a 3-17 season, and she hasn’t had the easiest time of it, either.

“It’s been a very rough season,” Martin said. “A lot of things came up right when we started getting into it. COVID hit our team just a few weeks ago and we were out for a week, so that forced us to have to play our season all in one week. We had two games a day that started Saturday, April 24. Pretty wild.”

And there was another issue.

“I came off an injury a week before we had to play all those games, so I was barely getting back into things,” she said. “Not my best season, but I’ve been hanging in there.”

Closer to home, Skyler Lauver has righted herself after a brutal start to the season at College of Southern Nevada. She has her average up to .275 with 18 RBIs and 22 runs, starting 31 of 38 games in which she has played as the Coyotes are 29-24, 19-15 in the Scenic West Athletic Conference.