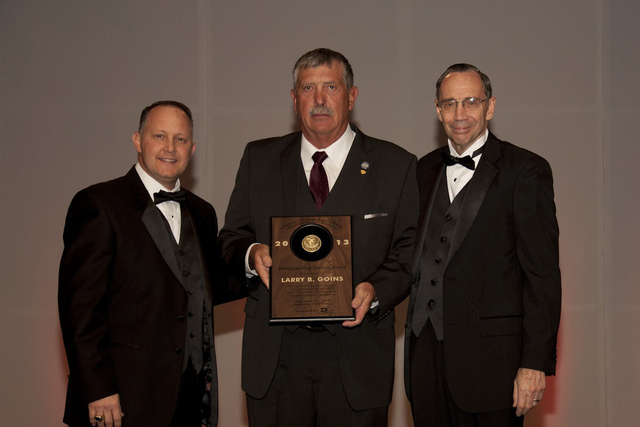 The Division I-A continues to grow in the south. Currently the division has 16 teams in it and the Northern region has nine teams. The Southern region just added three more teams, Del Sol, Spring Valley and Sierra Vista. This has some of the schools in the Northern I-A a little uneasy.

Dr. Greg Koenig, Churchill County Board of Trustees and a Region II member of the Nevada Interscholastic Activities Association in the North at the June 18 meeting had a concern for the growth of the division. He let the NIAA know that the Northern I-A schools would not be in favor of any more expansion. He spoke out while the board passed a motion dealing with the improvements to the I-A rubric.

He said, “based on the most recent two-year cycle which shows eight schools in total would have dropped from the Division I to the I-A based on the new threshold mark, if the committee’s underlying attempt was to really have a large Division I-A and an elite Division I, of which the Division I-A Northern schools would not be in favor.”

What was Koenig’s concern? Donnie Nelson, the Assistant Director of the NIAA, shed some light on Koenig’s comments. He believes Koenig was concerned about representation at the state tournament. This goes back to the pre-existence of the I-A Division. Southern schools had felt that the South should get more representation at the state tournament level just because the South has more schools than the Northern division, but to this day representation is equal at the state tourney, two from the North and two from the South. “When the original rubric was designed there were a certain number of teams that were going to be assigned to the I-A and based on what has transpired and the success of the rubric, I think there are more Division I teams than expected, that want to play in the I-A for competitive balance reasons primarily. The original rubric had two teams transition into the I-A and two teams from the I-A transition back to Division I. So the numbers in the I-A would stay static. What has transpired now is that the I-A has grown,” Nelson explained.

Nelson added, “Some will argue that this was not the original intent and this is a “white board” type of situation, where adjustments are being made every two years. I think Koenig’s concern in representing the Northern I-A league, is that he did not want the Southern Division I-A teams to keep expanding. He wants to know when this will end.”

Nelson said there may be some schools in the Southern region that think they should have more representation in the tournament than the I-A Northern league.

Larry Goins, the liaison for the Nevada Athletic Directors Association, disagrees with Nelson’s assessment of the Southern region I-A schools. He said he thought that after this year the I-A in the Southern region would not expand anymore. “Right now the Southern I-A is very satisfied where they are at. I think they expect in at least two years there will be at least two schools that will go back to Division I. To be honest with you, I don’t think you will see continued growth of the Southern I-A. I think it will level out and I think it could go the other way. I can also say that the athletic directors in the South, because the rubric has been a good move for everybody, they don’t want to rock the boat,” he said.

This brings up the point whether or not that in the future there will be a cap on the amount of teams allowed in the I-A.

Nelson believes this will be handled at the spring meeting of the NIAA. “We are now in year three of the four-year realignment cycle. And we are in year one of two, because we do things in two-year blocks. At the end of this school year the board will finalize the realignment for the 2016-17 season. I think a lot will be decided at the end of this year,” he concluded.