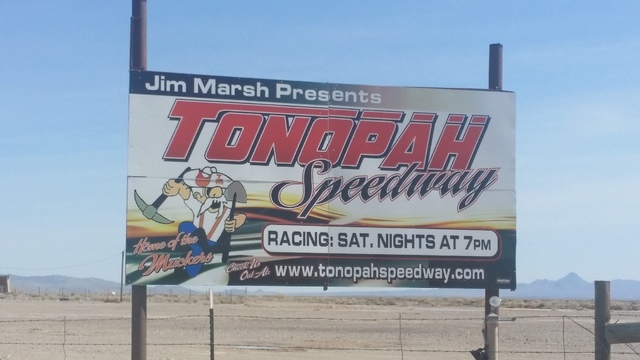 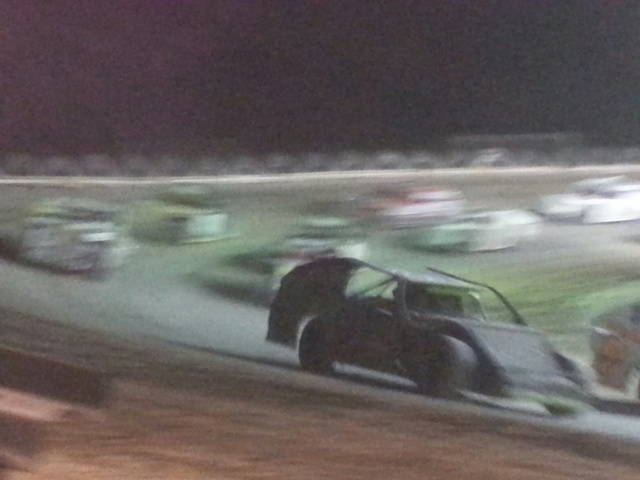 David Jacobs / Times-Bonanza & Goldfield News Action at the Tonopah Speedway this Friday and Saturday night will be intense for the Jim Marsh Classic. All classes will race and the top prize money for the IMCA Modifieds will be $1,000.

TONOPAH — Gentlemen, start your engines, the annual Jim Marsh Classic will be at the Tonopah Speedway.

The two-day, 25-lap race will feature all Tonopah classes and should be one of the biggest events of the year, starting this Friday night and ending on Saturday night.

“We expect a large turnout for this event and doubt anyone will not be entertained by the competition,” Tonopah Speedway President Lee Ketten said.

The race usually attracts up to 20 Modified drivers from all over the region. The grand prize will be given out both nights. The event will also be giving a $600 prize for the Bomber/Hobby Division and $600 to win for the Mini Stock Division for both nights.

Tonopah Modified racer Duffy Otteson said he will be ready for the race as long as he can fix his brakes, which gave out at the Sam Stringer Memorial in Pahrump in mid-July.

“Racing is a lot of fun when you have more cars,” he said. “I have been very busy and had no time to fix my car. I should have some time today to work on them.”

Otteson finished 19th at the Stringer race. Otteson said last year’s classic was taken by two northern drivers from the Reno area. He said he finished eighth the first night and fifth the second night.

Another local racer, Steve Stringer, plans on racing too. He did slightly better at the Stringer race, finishing 16th.

“I still have to fix my car from the Sam Stringer Memorial,” he said. “You know, I am not that great of a racer. I didn’t race this race last year and this year it has been hard just to find time to race.”

Like most racers at the Tonopah Speedway, Stringer races when he finds the time.

He had good things to say about his friend Otteson.

“Otteson has a good chance of taking this thing,” Stringer said. “He very well could be the guy to beat.”

Both racers agreed that the best racer from Tonopah who has a chance of winning the prize money would be James Thibodeaux.

“He’s probably is the most serious racer in town,” Stringer said.

Also, there should be some Pahrump racers going up for the prize money.

“If Jason Pike shows up from Pahrump; he usually does well here,” Otteson said.

According to Pahrump Modified racer Clifton King, Dan Snowden might make his way up to Tonopah today.

“I helped him fix his car up and it’s ready,” King said. “We told Snowden that it’s a lot cooler in Tonopah.”

For spectators, general admission to the Tonopah Speedway is $10. The price is $5 for children, senior citizens and military members. Gates open at 6 p.m. with racing starting at 7 p.m.