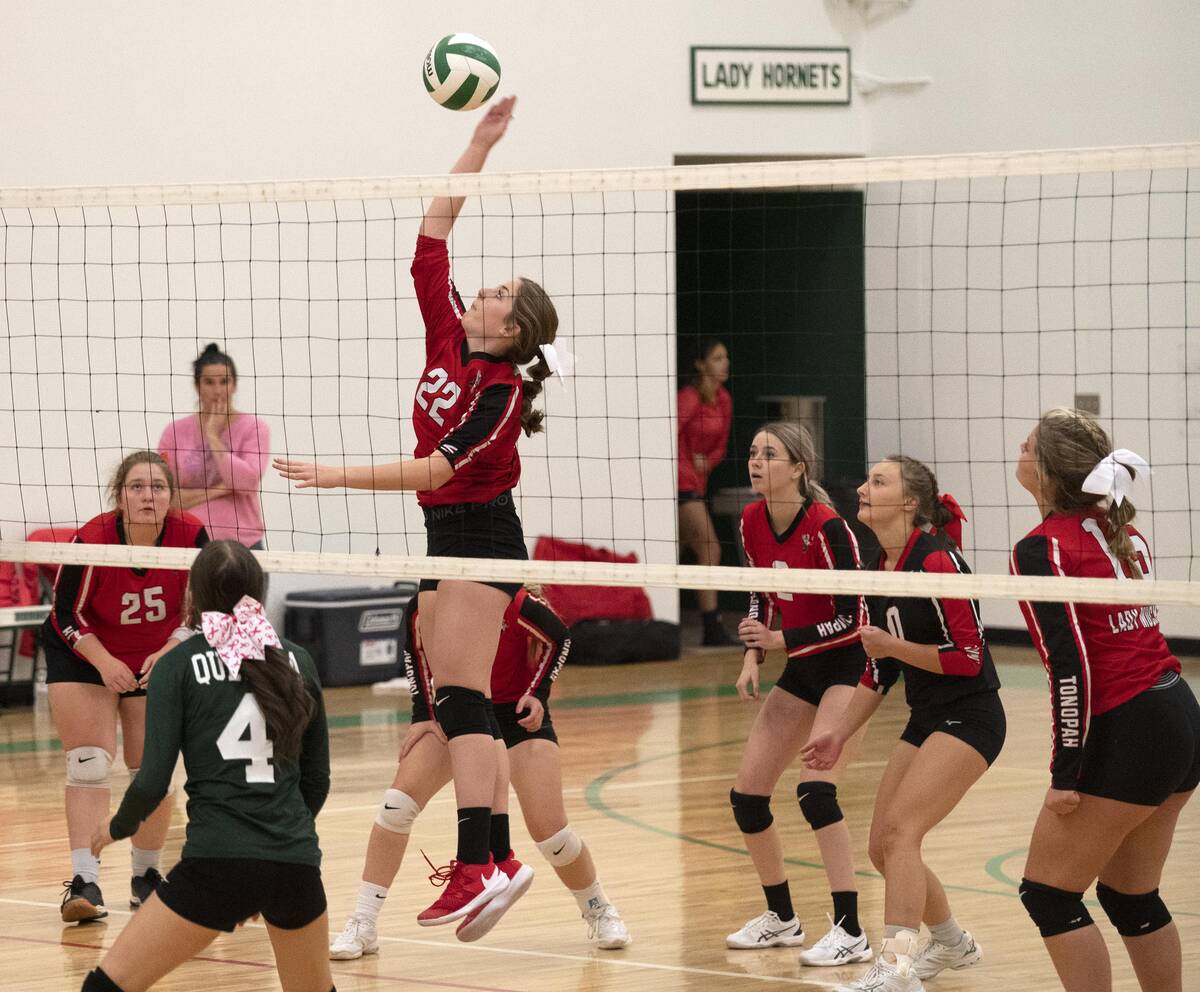 Richard Stephens/Tonopah Times Junior hitter Ashlee Thompson (22) skying up for a kill in Tonopah's win over the Beatty Hornets on Saturday, Sept 24, 2022.

With this victory, the Muckers improved their record to 8-9-1 overall and 4-2 in league play, giving them a firm placement in the 1A central playoff standings. They now sit in the third spot, two games in front of Beatty.

Tonopah has won three straight games and four of their last five matchups to this point.

After losing the first set to the Hornets 25-15, the Lady Muckers went on a tear for the rest of the game.

Junior Savanna Muns led the way in the serving department with three aces for the Muckers.

This was the second consecutive year that the Muckers swept the Hornets in the regular season and it’s the fourth time in the last five seasons.

Tonopah will be back on the court this weekend with two games. The first game will be played on Friday, Oct 14, when the Muckers travel to Round Mountain to face the Knights.

The Knights defeated Tonopah in their first matchup this season 3-0, so the Muckers will have their work cut out for them.

Following Friday’s game, the Lady Muckers will head north to take on the Serpents of Mineral County in Hawthorne, Nevada.

Tonopah won the first matchup between the two teams via forfeit.