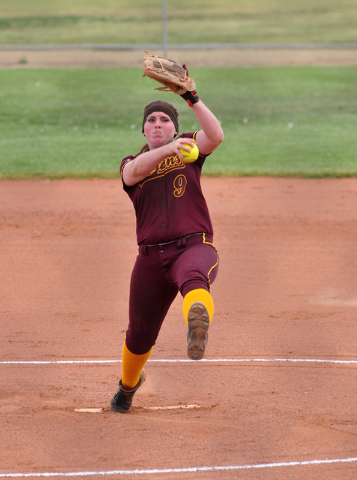 The Lady Trojans came up short against their rival Faith Lutheran on Thursday 7-6.

The game came down to which team made the most mistakes and that would be the Crusaders (18-6 overall, 6-1 Sunset League) who made only 2 fielding errors during the game while out -hitting the Trojans 14 to 11.

Amanda Pryor was moved to the pitching spot on Thursday. The team has got to limit their mistakes and bring the errors down. This has been the mantra of Trojans Coach Elias Armendariz from day one.

Jordan Egan had 3 hits and a double, Amaya Mendoza had two hits and two doubles and Maddisson Hurley had two hits.

Faith Lutheran had five extra base hits, one triple and four doubles.