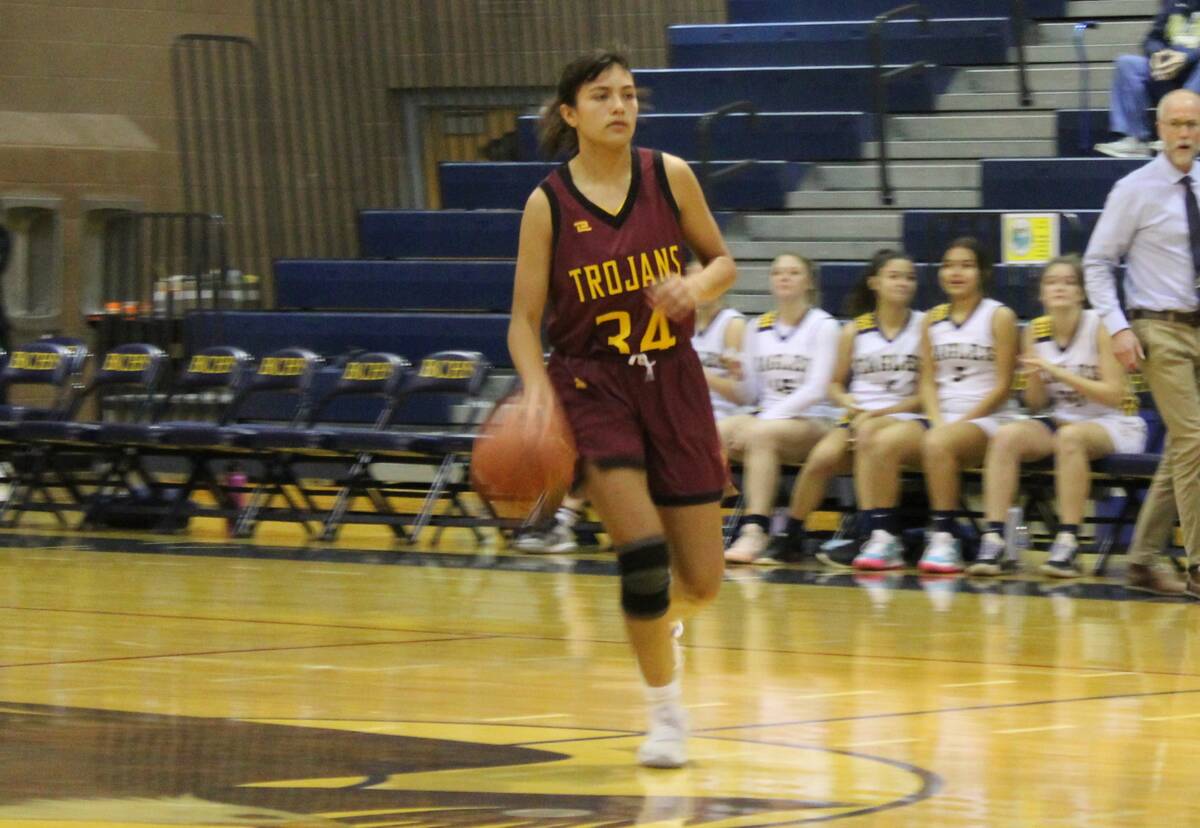 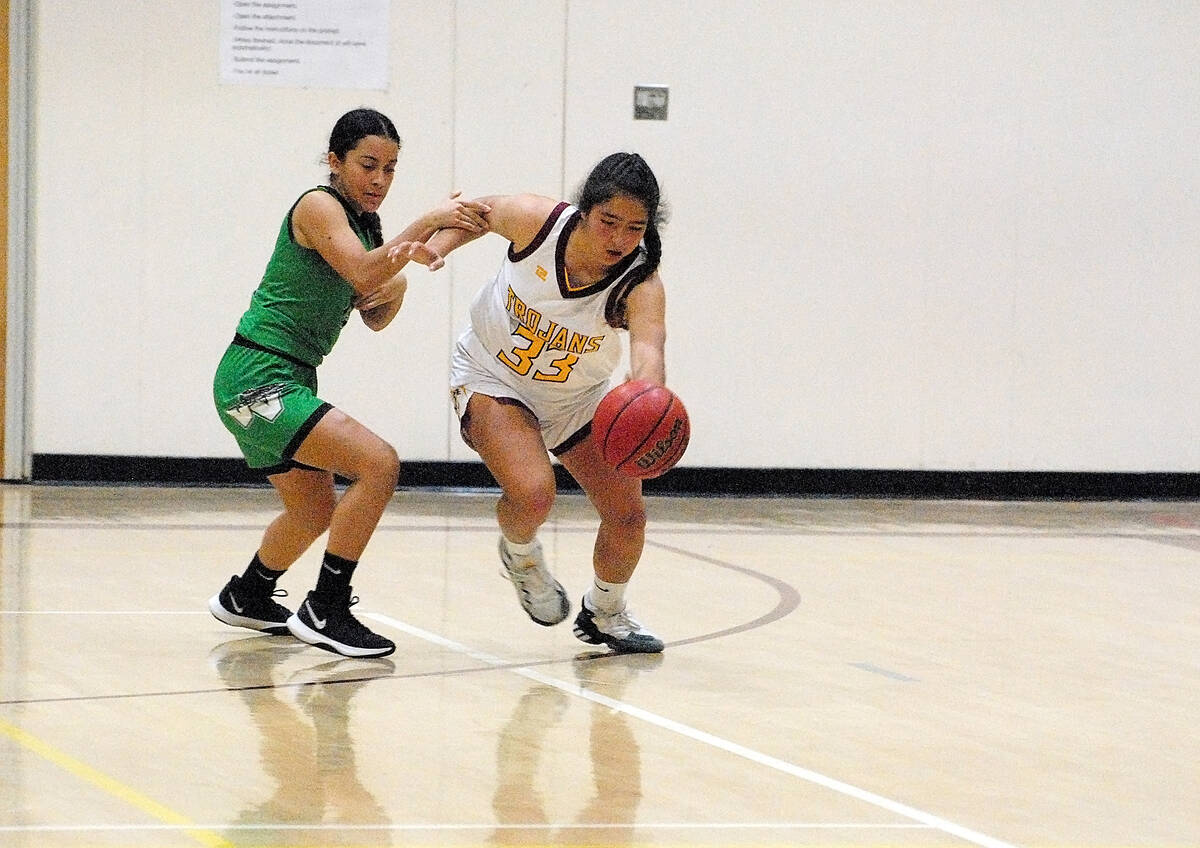 The Lady Trojans, who are in the 3A division, were facing potentially their toughest opponent of the season in the Longhorns, who play in the 5A division.

Pahrump Valley got off to a rocky start, scoring just three points in the opening quarter.

There could be some early-season struggles for the Trojans as they are trying to fill the scoring void left behind by last year’s leading scorer, Tayla Wombaker, who graduated in the spring.

One of those players who may be in line to take over the scoring for the Lady Trojans is junior forward Kailani Martinez.

Martinez finished Tuesday’s game against the Longhorns with six points and five rebounds. Last season she averaged 8.5 points and 6.5 rebounds per game for Pahrump.

After a bit of a subpar first half, Pahrump Valley went into the locker room trailing Legacy 27-8.

The Trojans played much better in the second half. Their third quarter was the best of the game for them, scoring 14 points and holding the Longhorns to just seven points.

Junior guard Paris Coleman was the leader for Pahrump on Tuesday evening.

She ended the game with a team-high eight points and a game-high 12 rebounds. Coleman shot 3-for-9 from the floor and added one assist and three steals to her statline.

Both teams scored 10 points in the fourth quarter as the Longhorns safely held on to their lead, coming away with the 44-32 victory over the Trojans.

The Lady Trojans will be competing in the 2A/3A challenge this weekend with a 4-game tournament beginning Friday afternoon against the Needles High School Mustangs.

After their game against Needles, Pahrump Valley will face Enterprise High School Friday night before playing in a doubleheader on Saturday against Lincoln County and White Pine high schools.

Tip-off for Friday’s game against the Mustangs is scheduled for 3:45 p.m.

You can follow Pahrump Valley’s schedule by going to maxpreps.com.