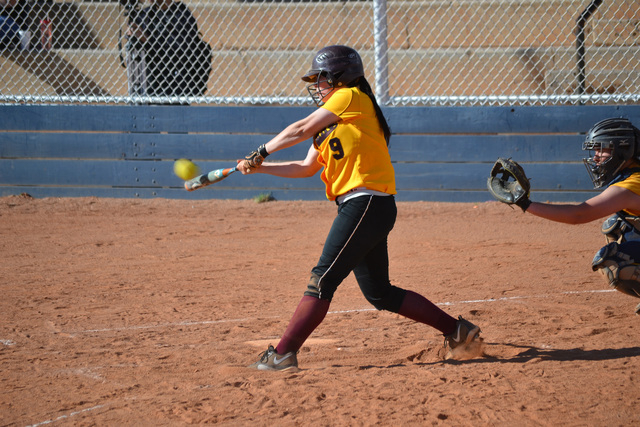 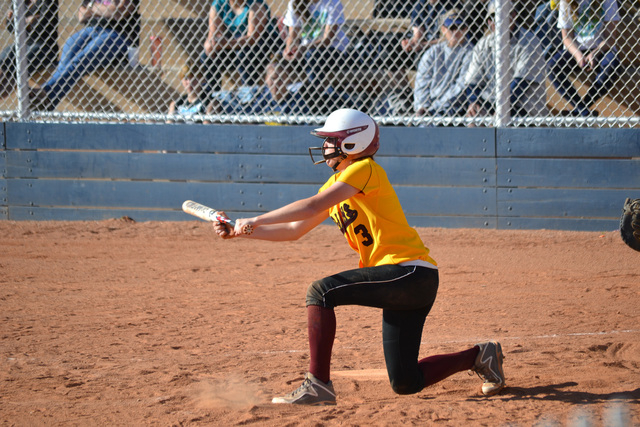 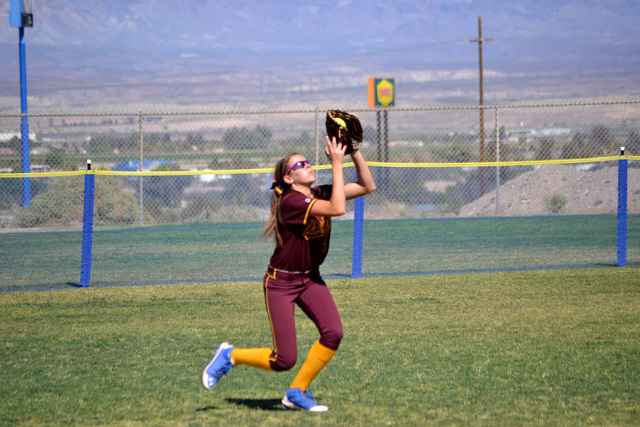 Trojans softball is back and started where they left off last year. The team went to post season play last year and they expect even better results this year (6-4 in league).

The Lady Trojans traveled to Needles, Calif. over the weekend going 4-2 at the tournament and then they played Boulder City in a close game on Tuesday in a 4-3 loss.

Trojans Coach Ely Armendariz was pleased with the tournament scores.

“There is only one game I want back and that was the game against Legacy,” he said. “They made some mental errors. Errors that shouldn’t have happened if we were doing the things we needed to do. That’s why I would love to have the Legacy game back; take away the errors and it would have been a whole new ball game,” the coach explained.

Prior to the game, he expressed concerns with his hitters after the number four hitter.

“I was not really surprised with the hitting. I expected them to hit fairly well. We still left too many people on base in each one of the games. We still have to get that one timely hit so we really can start blowing some of these teams out,” he lamented. “After the first game my hitters did what I expected. They did have nine good at bats where they worked the counts full, got hit by a pitch, or they got walks. I would like them to hit more.”

Armendariz said he used the tourney to work on smoothing out his infield. At the present, he does not see too many problems with his defense.

“Pryor moved to short and I moved Delilah Polnau to second base. They are both doing pretty good. Lauren Koenig and Jill Smith both did well at first base. We had more enthusiasm than last year. Our games were much better when we got into trouble. The team was able to settle down and get out of it. We got into situations where there were bases loaded or runners on second and third and we didn’t give up any runs,” Armendariz said.

Against Boulder on Tuesday the coach changed his batting order around to give the lineup some more punch. The team played Boulder in the Needles tourney and lost 4-1. Armendariz felt moving some people around would produce more runs and his moves paid off.

He moved Bryanna Soliwoda to the three position in the batting order and Jill Smith to the number one spot and this produced three more runs.

“In the first game, we hit the ball pretty well against Boulder but we hit it to them,” Armendariz said.

The first home game is a week from Friday.