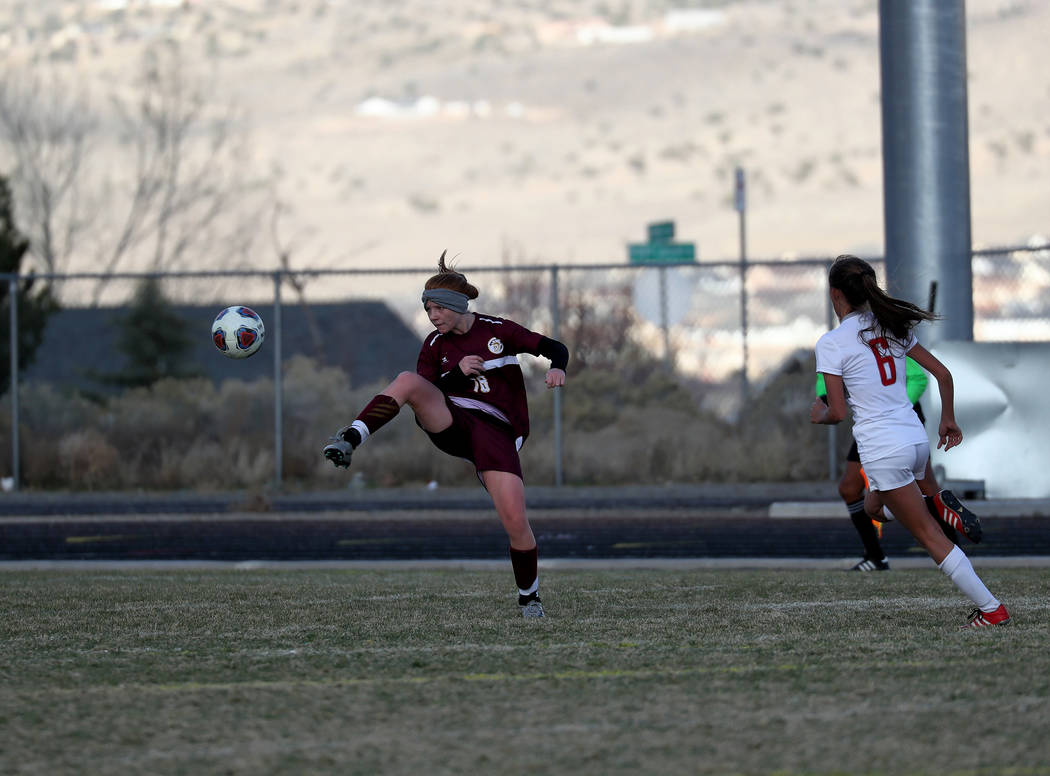 Hans Baumann/Special to the Pahrump Valley Times Freshman Makayla Gent knocks down a ball against Truckee on Friday at the Class 3A state soccer semifinal game at Spanish Springs. Gent was the third best scorer for the team this year with 10 goals. 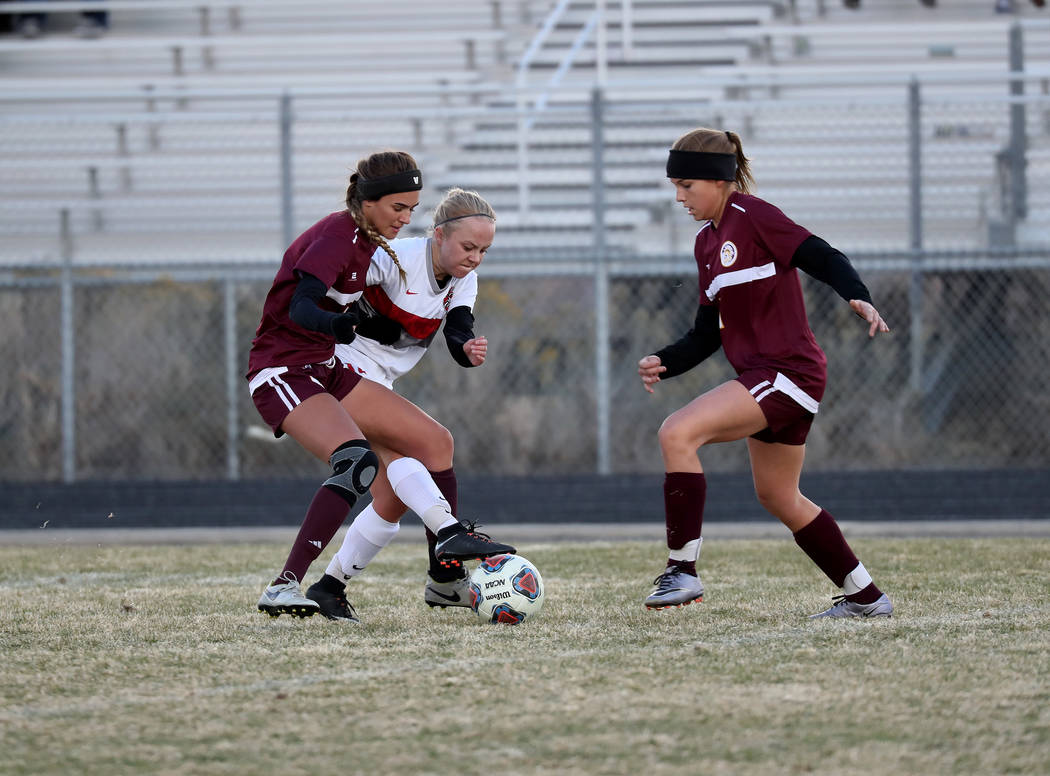 Hans Baumann/Special to the Pahrump Valley Times Vaniah Vitto fights for the ball with a Wolverine player on Friday at Spanish Springs High School. The girls lost the semifinal game in double overtime, 2-1. 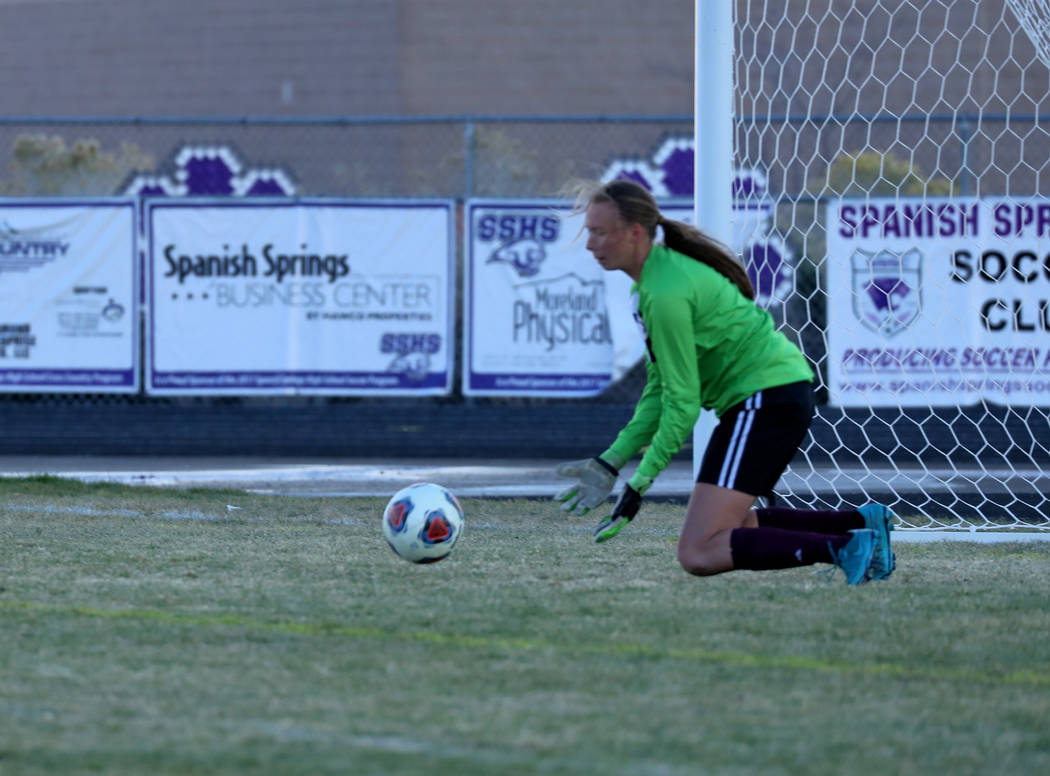 Hans Baumann/Special to the Pahrump Valley Times Senior Alyvia Briscoe saves a goal during the semifinal game against Truckee on Friday. The Trojans finished the year 16-4-4. 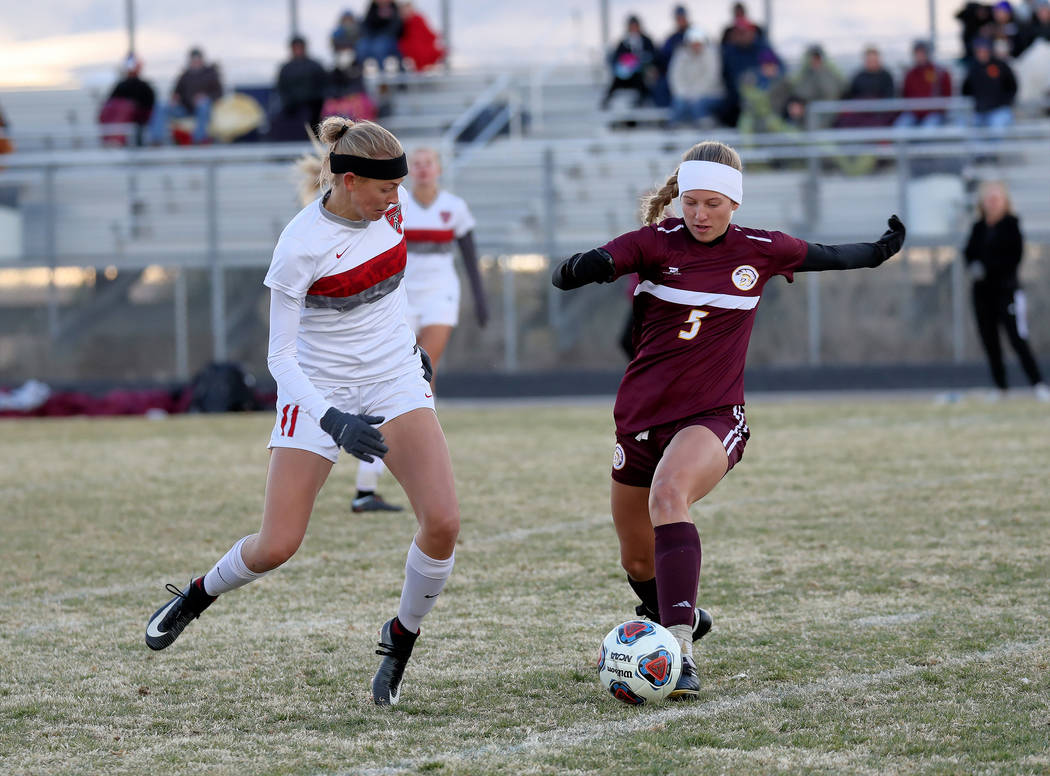 Hans Baumann/Special to the Pahrump Valley Times Senior Sydney Dennis handles the ball for the Trojans. She led the team in goals this year with 19 along with Kaitlyn Carrington who had 18 goals. 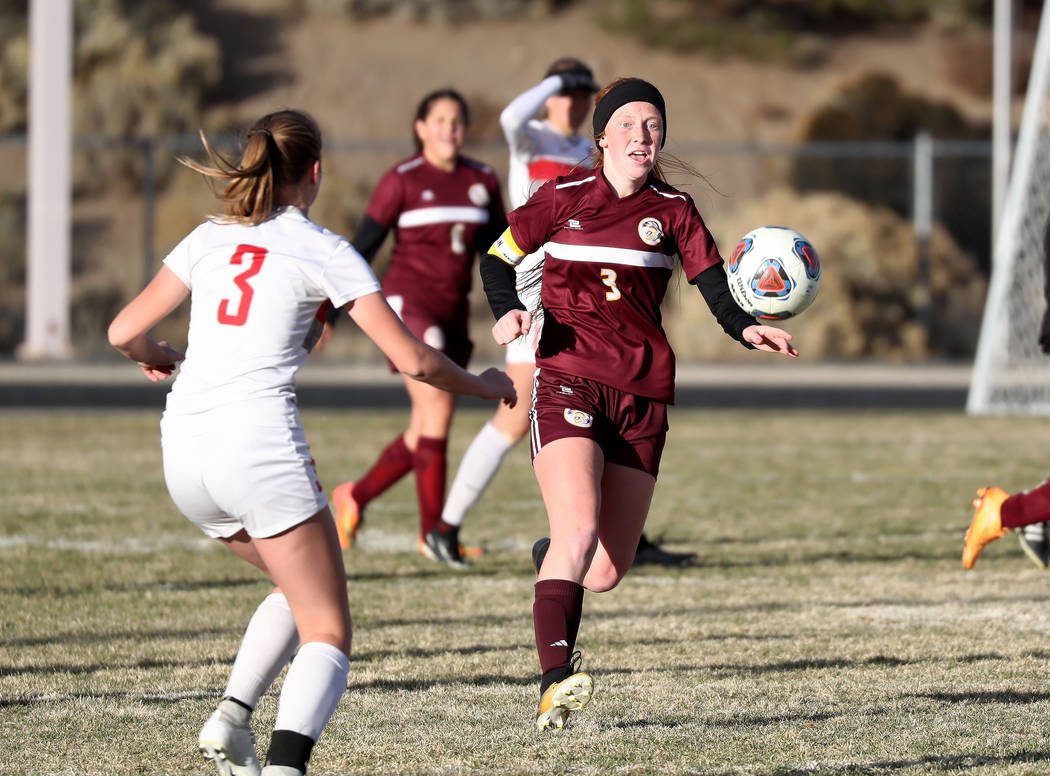 Hans Baumann/Special to the Pahrump Valley Times Senior Kaitlyn Carrington chases down a ball against Truckee at the state semifinal last week. Carrington had 18 goals this year and was a close second in scoring to Sydney Dennis who had 19 goals.

Senior Vaniah Vitto scored the only goal for the Trojans with just two minutes remaining in regulation time in the second half to tie Friday’s Class 3A state semifinal girls soccer game at Spanish Springs High School near Reno.

“We are all proud of you and the girls,” Carrington said. “The girls did great and gave 130 percent. I couldn’t be more proud of them. It was an amazing game and season.”

The Trojans had a great season and finished the year 16-4-4.

Truckee went on to beat South Tahoe in the state final, 2-0 for the title.

In boys Class 3A soccer, Sunrise Mountain defeated Sparks 5-0 for the state title.

Football still determining who will be state champions

In Class 1A, Spring Mountain will play for the title against Pahranagat Valley in a rematch of last year’s state title game. The game will be played at Indian Springs High School at 1 p.m. on Saturday.