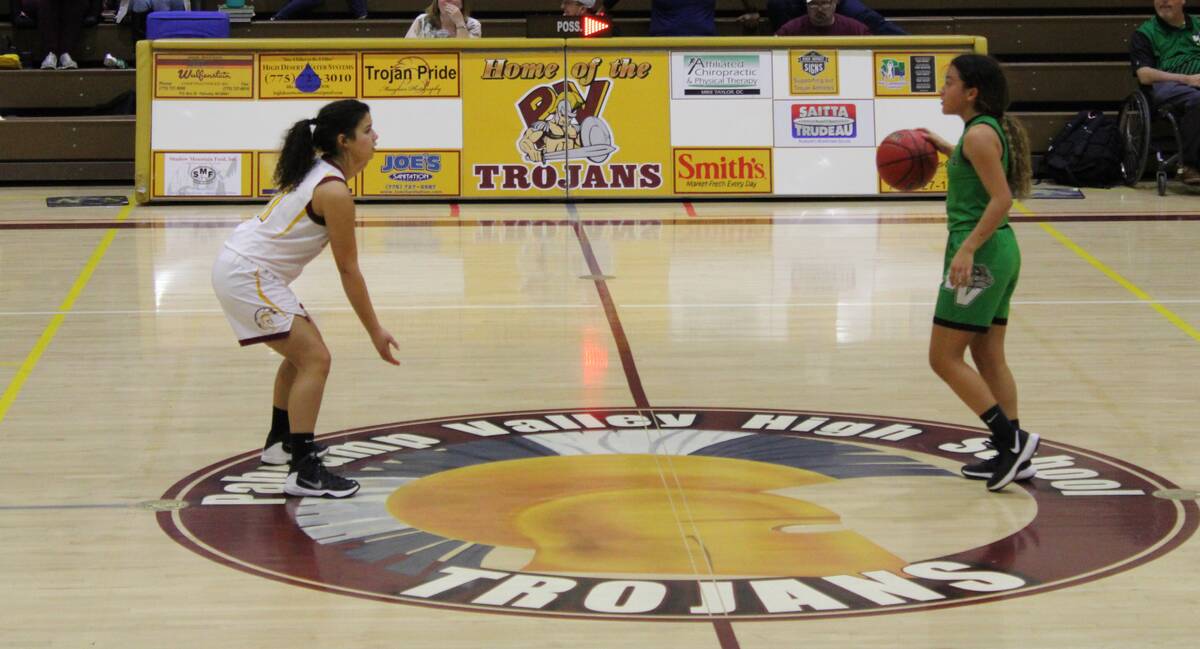 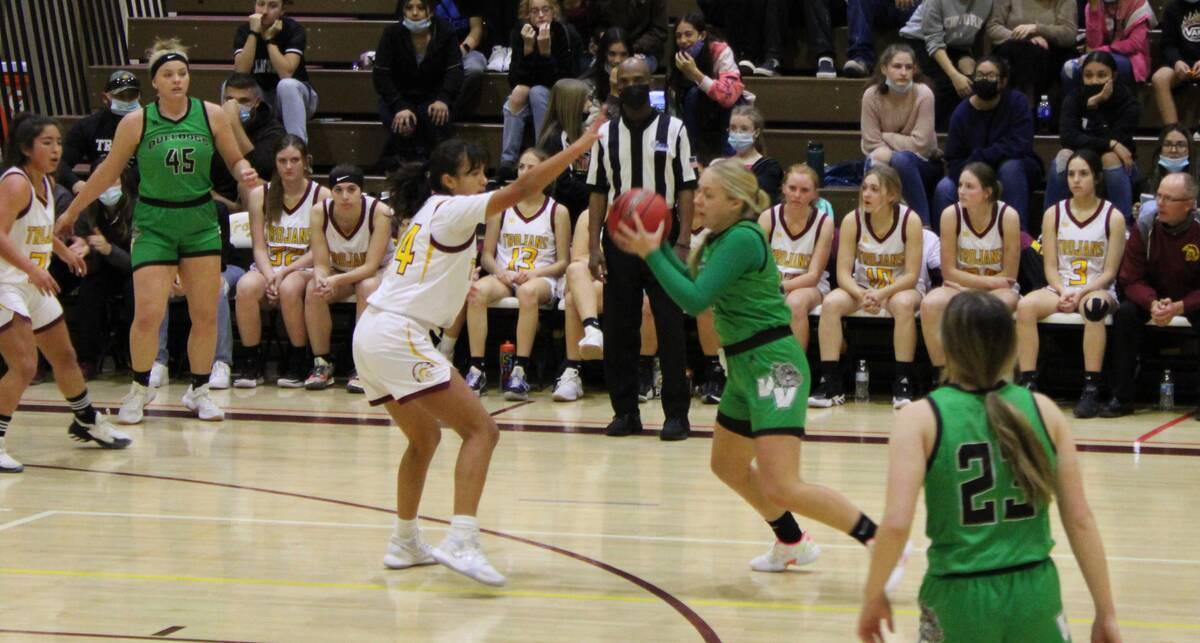 The Pahrump Valley High School Lady Trojans continued their great start to the season with multiple games this week.

The Trojans began playing again on Thursday, Jan. 6, when they hosted the Del Sol Dragons.

Pahrump Valley got off to a quick start as they held a 22-3 lead after the first quarter. The Trojans scored the first 22 points before the Dragons were able to get on the board.

Sophomore forward Kailani Martinez recorded her first double-double of the season. She finished with career highs in both points, with 17, and rebounds, with 13.

On top of setting career highs with those numbers, Martinez led both teams in each department.

Sophomore Abbigail Ramos also finished with a career high of 15 points for the Trojans offense. She would also add eight rebounds for Pahrump.

The Trojans came away victorious over the Dragons by a score of 59-20.

I got to talking with head coach Bob Hopkins and he said that the Trojans had to leave Pahrump around 6 a.m. Saturday morning.

With the early morning trip, the Trojans started off the game a little slow. The Pirates held a 12-10 over Pahrump Valley following the first quarter.

The Trojans were able to tie the game up at 19 points apiece before heading into the locker room at halftime. Unfortunately, with the Pirates taking a four-point lead into the fourth quarter, it was just too much for the Trojans to overcome and they dropped their first game of the season by a score of 36-32.

Senior guard Tayla Wombaker was the only Trojan who scored in double-digits. She finished with 15 points for the game. The Trojans were without their second leading scorer, junior guard Adryanna Avena for the game due to an ankle injury.

Ramos helped in the scoring department for Pahrump Valley. She finished the game with nine points on ten shots. Martinez led the team again in rebounds, finishing with nine for the game.

Senior guard Emma Humes led the Pirates in scoring with 11 points in the game. She also had five steals and two assists for Moapa Valley.

Pahrump Valley bounced back from their first loss of the season with a crushing defeat over the Virgin Valley Bulldogs.

Even with a slow start to the game, the Trojans were able to quickly bounce back from scoring just seven points in the first quarter to taking a 22-7 lead into the locker room at halftime.

The Trojans’ spirits were raised when Wombaker, the team’s leader, began hitting big shots and making defensive stops at mid-court.

Once she started to make her shots, the rest of the Trojans began to feel confident and began making shots as well.

Wombaker led both teams in scoring with 14 points for the game. She also had three assists and four steals for Pahrump Valley.

The Pahrump Valley Trojans won the game by a score of 43-22.

With their win over the Bulldogs, the Trojans are now looking at a record of 14-1. As you are reading this right now, the Trojans opened league play last night when they traveled to Pinecrest Cadence to take on the Cougars.

Following their game against Cadence, the Trojans will have one more non-league game of the season when they host the Panthers of Palo Verde on Monday, Jan. 17.

Tipoff for that game is scheduled for 4 p.m.