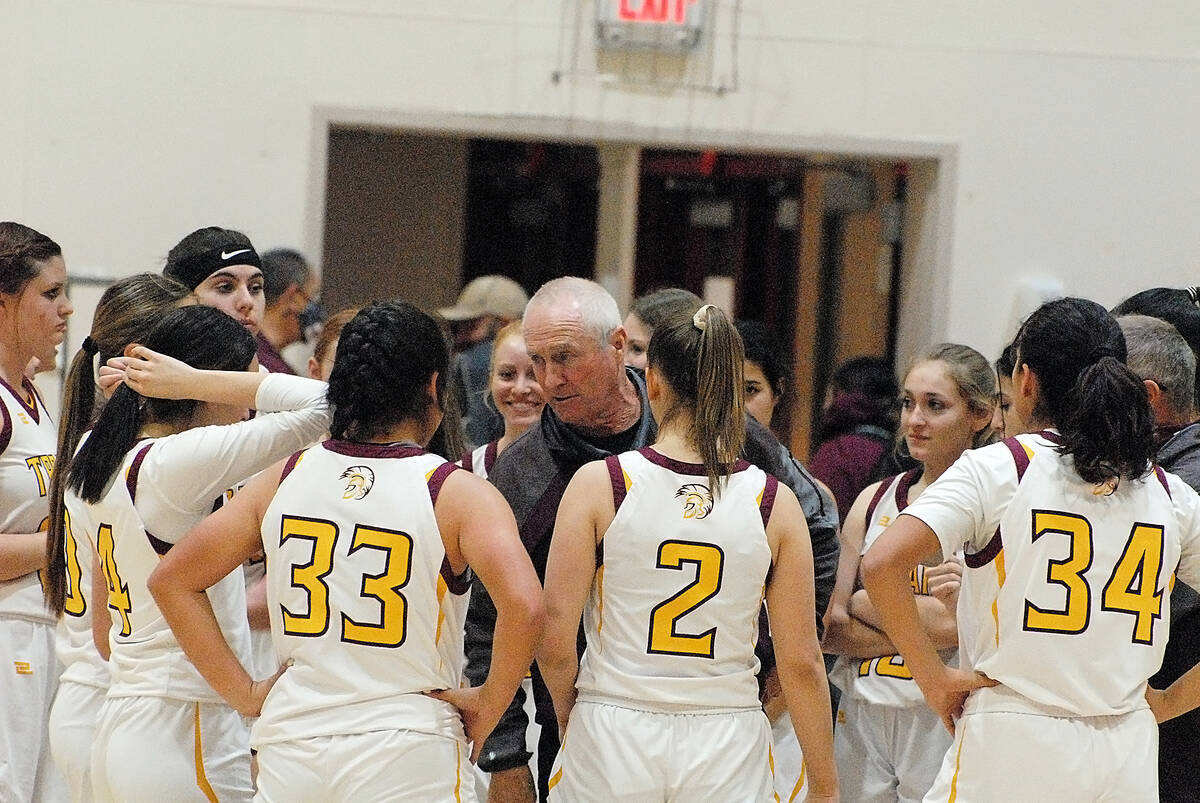 The Pahrump Valley girls basketball team added two more wins to their record with games against SLAM Academy and SECTA over the past five days.

On Thursday, the Lady Trojans cruised to victory over SLAM for the season sweep against the Bulls in a 60-21 road win.

Pahrump Valley jumped out to an early lead and never looked back. They held a 34-9 lead going into halftime and didn’t let off the gas in the second half.

The Trojans were led by sophomore guard Paris Coleman who finished with a season and game-high 15 points. Coleman also finished the game with two rebounds, four assists and four steals.

Kailani Martinez led the Trojans in the rebounding department. She finished with a total of eight rebounds, including seven on the offensive end to lead both teams.

At one point in the third quarter, the Trojans went on a 17-0 run.

Pahrump Valley has now gone over the 20-win mark for the third consecutive season.

On Monday night, the Trojans traveled to Southeast Career Tech to face the Roadrunners. Coming into the game, SECTA was sitting in third place in the league behind Pahrump Valley and Boulder City.

The start to Monday’s game went a little differently than the first matchup between these two teams. In the first matchup, these schools went back and forth throughout the first quarter, with Pahrump Valley eventually ending the quarter with a 7-6 lead.

In Monday’s matchup, SECTA got off to a hot start and the Trojans found themselves in a little bit of trouble early on.

The Roadrunners jumped out to a quick 7-0 lead, causing the Trojans to take an early timeout.

After a timeout and a talk from head coach Bob Hopkins, the Lady Trojans went on a quick 5-0 run to cut down SECTA’s lead. The Roadrunners ended the first quarter with a 10-8 lead. This was just the second time all season that Pahrump wasn’t leading after the first quarter.

Things would turn around for the Trojans starting in the second quarter.

After a back and forth by the two teams for the first few minutes of the quarter, the Trojans began to pull away and went into the locker room at halftime with a 27-16 lead.

The second half was all Pahrump Valley as they were able to extend their lead to 30 points, thanks in large part to outsourcing SECTA 19-6 in the third quarter. The Trojans went on to win the game by a score of 59-29.

For the second straight game, Coleman pitched in 15 points and junior guard Adryanna Avena added 12 points for the Trojans offense. Avena also finished the game with a season-high seven steals.

With this win, the Trojans have clinched the top spot in the Mountain League for the 3A division. They have one final game remaining in the regular season. If they win their last game, they will remain undefeated in league play this season.

The Trojans’ final game of the regular season is on Friday, Feb. 11, when they host the Boulder City Eagles. The Eagles come into this game with only one league loss on the year, which came when these two schools met in Boulder City.

Tipoff is scheduled for 5 p.m.