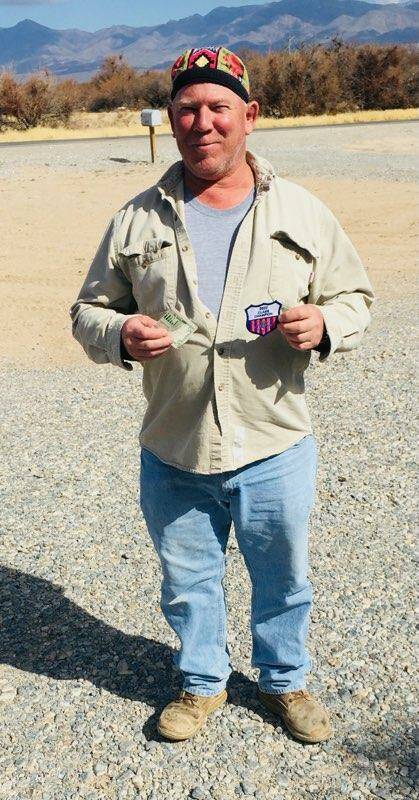 Special to the Pahrump Valley Times Dave Barefield of Pahrump poses with his B class champion patch after winning his class in the NSHPA End of Winter Classic tournament in Las Vegas on Saturday, Feb. 19, 2022. 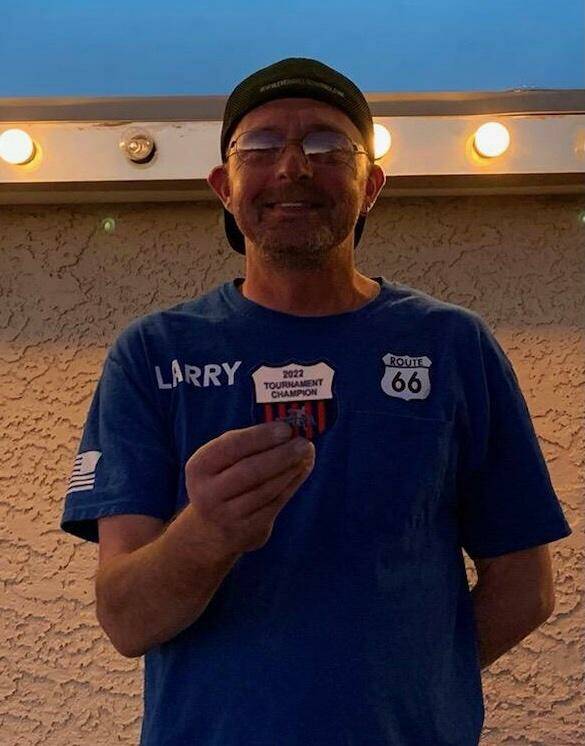 Special to the Pahrump Valley Times Larry Workman Jr. of Henderson poses with his Tournament Champion patch after winning his class in the NSHPA End of Winter Classic tournament in Las Vegas on Saturday, Feb. 19, 2022. 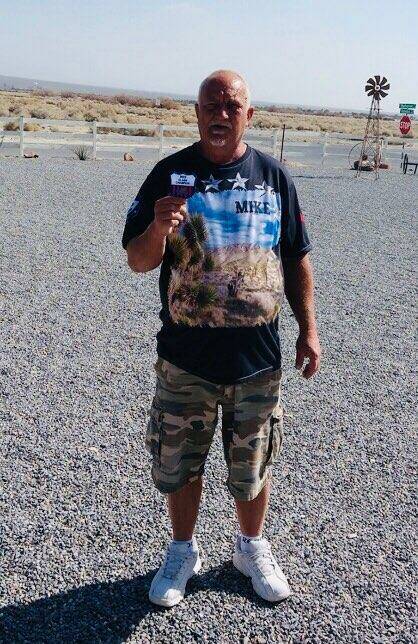 Special to the Pahrump Valley Times Mike Dedeic of Pahrump poses with his C class champion patch after winning his class in the NSHPA End of Winter Classic tournament in Las Vegas on Saturday, Feb. 19, 2022.

The tournament featured 22 participants who were split up into three classes – the A class, the B class and the C class.

In the A class, Larry Workman Jr. took home first place. He finished with an undefeated record of 6-0 in the tournament. This was Workman’s second consecutive singles tournament win. He also won his class in the Ice Breaker Open to start the season.

Workman Jr. finished with tournament-highs in both points, with 293, and ringers, with 101.

Kalache finished in a tie for third place with Larry Workman Sr. Even though they tied in their head-to-head matchup, Kalache won the tiebreaker because he finished with more points. Kalache ended the tournament with 220 points, the second highest, behind only Workman Jr.

In the B class, Dave Barefield also finished with a perfect 6-0 record. He finished the tournament with 183 points and 53 ringers. His point total was the highest for the B class.

Mallory ended the tournament with a record of 4.5-1.5. He had 179 points and threw 51 ringers on the day. His only loss of the day came against class champion Barefield and he tied against Lathan Dilger.

In the C class, there was a two-way tie for first place. Mike Dedeic and Christy Russell both finished the tournament with a 6-1 record. Dedeic took the tiebreaker to get the class win because he beat Russell in their head-to-head matchup.

Dedeic had 172 points and a class-high 48 ringers on the day. His only loss of the day came in his opening game against fourth-place finisher Chuck Smith.

Russell, who finished in second place for the C class, ended the tournament with a class-high 180 points and had 40 ringers.

A tie also occurred for third place between Willy Zuloaga and Chuck Smith. Zuloaga won the tiebreaker by defeating Smith in the head-to-head match. Both players finished with a tournament record of 5-2.

Zuloaga ended the day with a total of 113 points and he threw 27 ringers.

The next sanctioned NSHPA tournament will be taking place on Saturday, March 5, at Leavitt Park in Las Vegas. Sign-in for the tournament must be done by 10 a.m. to participate.